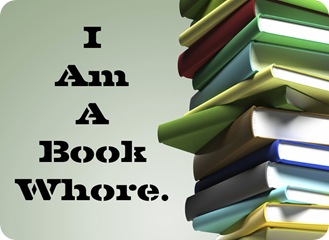 I’m such a book whore! Seriously, why can’t I just stick to one? No, instead I start reading one and then another catches my eye and then I’m off with that one too, reading them both at once. Sometimes I feel guilty because I tend to give more attention to one than the other – most times, to the second than the first. I wish I could settle down with just one book but whenever I try to do so, my mind wanders and I begin to wonder if there’s something better out there that I’m missing out on.

For the New Year, I decided to read 30 books. It’s a doable goal. Last year’s 60 books didn’t work out well and I only read 45 by pushing myself hard. “30 books” is more relaxed. So far I’ve read 5 books, which has surprised me because I didn’t expect to read that much in just a month. The month isn’t even over yet.

The first book read was The Perks of Being a Wallflower by Stephen Chbosky. I was so captivated by this book that it didn’t even cross my mind to consider running off with another. This book lassoed me and held fast. Most times I couldn’t even tear my eyes from the pages. Everything was done one-handed and with a quarter of my attention while I read, which caused many accidents to happen—especially in the kitchen—and shoddy clean-up jobs.

After completing The Perks of Being a Wallflower, I jumped into The Magician’s Guild by Trudi Canavan. This one is a bore. I’m still trying to make my way through it. The chemistry is simply not there and I kept wandering off so I began reading The Writing Life by Annie Dillard. Although Dillard’s book kept me interested, it was not enough to turn me from my whorish ways so I began reading A Wizard of Earthsea by Ursula Le Guin.

I ran off with A Wizard of Earthsea and had a blissful affair. We were involved once when I was a teenager but then I forgot about it—it’s hard to keep up when you’ve been involved with so many books. But it was great hooking up again and rediscovering what we once had. I promise this time I will not forget. It was a good lay.

After the great workout from A Wizard of Earthsea, I went back to The Writing Life. It was still interesting but I had no patience for simple interest. I wanted bliss and magic as well. I wanted sparks and fireworks. But there were none. So I quickly ran through the paces with it and moved on to something else. Every now and then I would drop in on The Magician’s Guild but it’s hard to stay around when the passion has dried up, that is, if passion was there to begin with.

Anyways, I bumped into Nora Ephron while at the bookstore one day and decided to run off with her but she was too highly priced. So I thought about it and took her on a cheap date—borrowed from the library. She was a great read. I read both I Feel Bad about My Neck and I Remember Nothing. But these were quickies. It took only a day to read each. Just in and out but it was still fun. 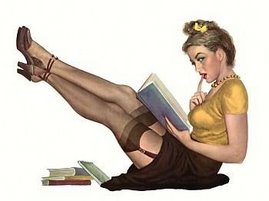 I do feel guilty about A Magician’s Guild. I’ve almost given up on it. Maybe it’s time for us to go our separate ways. We might be better off with someone else. There has been no spark between us since I first picked it up on January 2nd. I guess we got involved too quickly. Maybe I should have taken it slowly when I began instead of rushing in and getting my hopes up too soon. I wonder if one of the others in the series would be more fun. Maybe I should dump A Magician’s Guild and run off with the second in the series The Novice. That name sounds cool. “The Novice!” It sounds as if it will be more fun.

There I go again, thinking of books other than the one I’m currently reading. Oh! Speaking of currently reading, I’m also reading Mythology: Timeless Tales of Gods and Heroes by Edith Hamilton. Damn! How could I have forgotten about that one? It’s so hard to keep track of all the books I’m involved with. I won’t even mention the ones I’ve only glanced at but left thoughts with to return.

Hamilton’s book is great. I get swept up in all the tales of Greek mythology. It’s hard to be bored and since I LOVE Greek mythology—well, any mythology and folklore—I’m pretty much stuck on this book. The passion between us is high and when we’re involved, things get very steamy. I can’t believe I didn’t mention this book earlier. Now I feel guilty. I kind of promised that I wouldn’t mess around while involved with it. And I’m trying hard not to but J.K. Rowling’s new book A Casual Vacancy keeps winking at me from my bedroom floor and every time I go to the bookstore, Zadie Smith’s NW and Junot Diaz’s This Is How You Lose Her catcalls at me. It’s torture to ignore the stirrings they cause in me to take them and read.

Also, the next book in the Earthsea Cycle, The Tombs of Atuan, keeps popping up everywhere I go. I think it’s stalking me. Sometimes it’s on the floor by my bed, whispering to me while I’m in the throes of reading Mythology. Then it’s in my purse, travelling with me to work. It knows that I love to read on the train and it tempts me the hardest at that time. When I get home, it slams itself onto my desk and lays there innocently, trying to draw me in with the picture on its cover. It’s such a tease!

But I shall remain strong. I shall remain faithful in my affair with Mythology. I’m still playing around with the idea to end it with A Magician’s Guild. It’s going nowhere between us. I’ll visit it and tell it we’re done. I’ll place it back on my bookshelf. I will remain strong. I won’t even try to ruffle its covers to see if the sparks can be reignited. I will move on and commit to one….hopefully.

5 thoughts on “Confessions of a Book Whore”