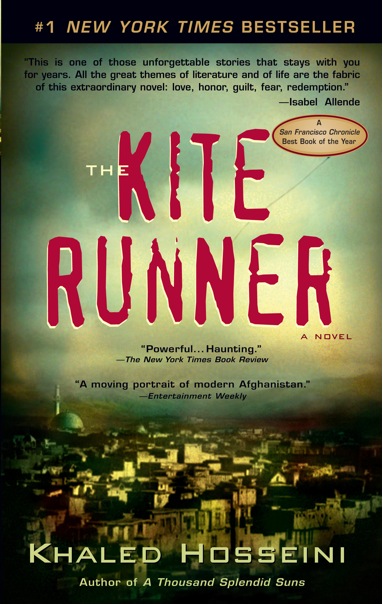 It’s no secret that the events of our childhood greatly affect us. For some people, certain events leave such a deep scar that they carry the burden into adulthood. Others discard the burden along way. In Khaled Hosseini’s The Kite Runner, the protagonist Amir carries the burden of his childhood regrets throughout much of his life. It’s not until mid-adulthood, when he receives a call from an old friend, that he begins to let go of the burden.

The story opens with an adult Amir considering the call he had received. It then jumps to the beginning, to Amir’s childhood and to a peaceful Afghanistan of kite-flying winters and summer afternoons spent with friends. The tale, relayed by the adult Amir, follows his development while hinting at the unrest brewing beneath the surface of Afghanistan.

Amir is born into an affluent family. His father is a merchant in Kabul and belongs to the ethnic majority, the Pashtuns. Amir greatly admires his father and tries hard to please him. Unfortunately, his efforts go unnoticed. As such, he has a strained relationship with his father. Though his father provides for him, Amir wishes he had more of his attention. It’s just the two of them—Amir’s mother died during childbirth—and the house servants.