I bought more books. I had a coupon and I swindled my way out my house, down the street, on the bus, on the train, up the escalator, up a street, and into a Barnes & Noble store because I reeaallyy wanted a copy of Fangirl.

I’m therefore on a book-buying ban for the month of July. That is after I use my remaining coupons. Coupons should not be wasted. Anyways, the books.

Land of Love and Drowning by Tiphanie Yanique

The Mapmaker’s War by Ronlyn Domingue

I saw them on Book Outlet and I just had to get them because of the prices. Land of Love and Drowning is a fantasy novel set in the Virgin Islands. I’ve been curious about it since I first heard of it and the fact that the author is a Caribbean native made me want to read it even more. (Goodreads page)

I really wanted to read You so I got You and read it. Review coming soon. (Goodreads page)

A Natural History of Dragons by Marie Brennan

The Hero’s Guide to Storming the Castle by Christopher Healy

Book Outlet tends to give away $5 coupons, which is both great and horrible because it means that I’ll keep going back to their site. I love that website. I think I used my coupon for these. I got A Natural History of Dragons because I bought the second in the series (see Book Haul #5) thinking it’s the first. Silly me. (Goodreads page)

I like the synopsis of Destiny, Rewritten. I think the story will be perfect for book lovers so I hope I like it. (Goodreads page)

Lexicon: another one I bought because I like the synopsis. The cover is pretty cool too. (Goodreads page)

I read the first in the series and loved it so I had to get The Hero’s Guide to Storming the Castle to see what happens next. (Goodreads page)

The Phantom Tollbooth by Norton Juster, illus. by Jules Feiffer

We Should All Be Feminists by Chimamanda Ngozi Adichie

The Phantom Tollbooth: I’ve always heard of it so I decided to get it to give it a shot. I hopped over to Kramerbooks & Afterwords, an independent bookstore and cafe in Washington D.C., to purchase a copy. (Goodreads page)

I also really wanted Adichie’s Americanah, which they had in stock, but opted instead for We Should All Be Feminists. I heard part of it in a Beyoncé song (yea, yea I know. Of all places to hear it first, a Beyoncé song) and loved it. I’ve always meant to listen to the speech but have yet to do so. I haven’t watched much TED Talks lately. As for Americanah, I’ve been playing hide-and-seek with it now for months. It’s time I just go get it and read. (Goodreads page)

Barnes & Noble! There are a some book lovers who don’t like chain stores but I like Barnes & Noble. I love the stacks, suggestions, and all the pretty books. 🙂 I got Assassin’s Apprentice on one of my visits because Samantha from Novels and Nonsense always talk about the series so I downloaded a sample on my Nook app. I liked it so I went to the store and got the book. (Goodreads page)

I also picked up the Scientific American special issue, The Evolution of Your Body, because I haven’t read much magazines all year and I was intrigued.

I tried to talk myself out of it but I had a coupon and who can say “no” to a coupon for books? So I got Fangirl yesterday. Yeahie! 😀 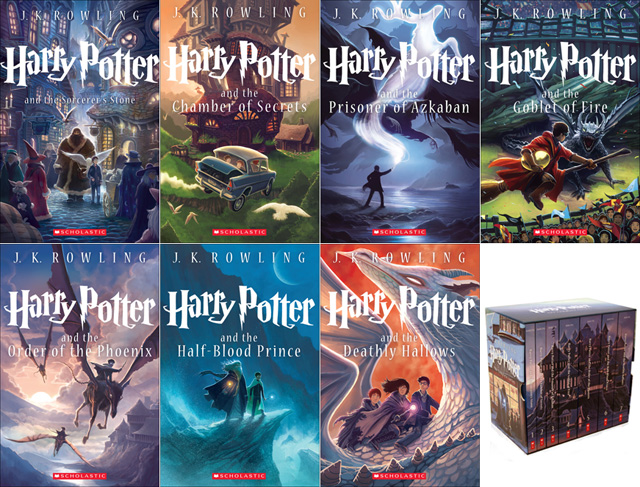 You can imagine how EXCITED I was to receive this! OMG! I hopped, jumped, skipped, squealed, screamed, and giggled like a kid. My old copies of the Harry Potter books are a mixture of the old U.S. and U.K. editions, some in hardcover and some in paperbacks. I’m glad to receive these. I compared Kibuishi and Jonny Duddle’s illustrations of the most recent covers in my Favorite Harry Potter Book Covers post and though I liked Duddle’s illustrations, especially where he places the characters on his covers, I loved Kibuishi’s use of color even more. I am so glad and thankful to have received this.

The Fall of Princes by Robert Goolrick 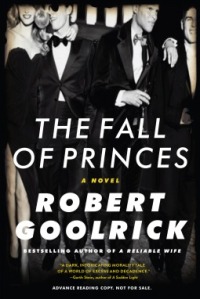 I received an advanced reader’s copy of this book from Algonquin Books (Thank You!). I think I saw an advertisement in a Shelf Awareness newsletter that made me submit the request. The synopsis sounds pretty interesting and when I first read it, I immediately thought of The Great Gatsby (I don’t know why. It’s probably because of the mention of wealth and decadence…I don’t know). I hope it’s good and I plan to read it before its scheduled publishing date, August 25. (Goodreads page)

The Marvels by Brian Selznick 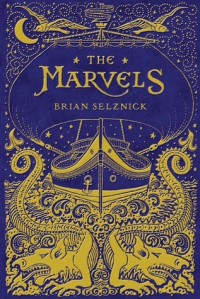 The MLK Memorial Library in Washington, D.C., had an exhibit on Brian Selznick so I dropped by to check it out. Unfortunately, I was pressed for time when I went so I couldn’t pay as much attention to it as I wanted. I quickly ran through it, read bits and pieces of Selznick’s bio and the making of the Hugo Cabret, grabbed a sample of The Marvels, and left. I like the cover design and the drawings within. I haven’t read anything yet but I would like to get The Invention of Hugo Cabret just to try Selznick’s work. I enjoyed the movie. (Goodreads page)