I’ve been tagged twice to do this challenge by Tasha at Head in the Clouds, Heart in the Books and Dimple at enthrallingdimple. Thanks ladies! Since it’s the end of the month and I haven’t yet done a Wishes for My TBR post, I thought it best to combine the two.

This challenge was originally created by Trey at Trey Schnarr Books. His instructions:

I’ll deviate a little from his rules since I’m combining this post with another so some of these books might not be very popular. 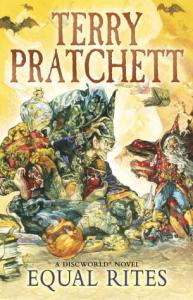 I’d like to read a Terry Pratchett novel but I don’t know where to start. Shortly after his death, this infograph was posted to help newbies navigate his books if they didn’t want to just jump in randomly. I’ve decided to start with this one. All I know is that it’s from the Witches Novels series. I don’t think I read the synopsis when I added it to my TBR list on Goodreads. I guess it’s about witches battling about whether their rites should be equal or not.

Not quite, sugar-puss. It’s about some magical transference gone wrong. A wizard tries to pass on his powers to the eighth son of an eighth son but he finds out it’s a girl too late. Apparently the girl having so much power isn’t good. And she “will be forced to penetrate the inner sanctum of the Unseen University — and attempt to save the world with one well-placed kick in some enchanted shins!” (Published in 1987)

The Lies of Locke Lamora by Scott Lynch 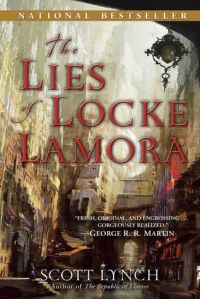 Bad memory. I’ve watched a few reviews of this book on booktube but for some reason, I keep forgetting what it’s about. I’m going to judge from the title and say it’s about someone named Locke who lies and it gets him in trouble….or it’s a place called Locke Lamora that’s based on lies. I can’t remember if it’s the name of a person or place. Whenever I read the title, I think it’s about a place.

Smh, really? A place? It’s a fantasy novel about a person called Locke Lamora. He’s an orphan who made a name for himself in the underworld of Camorr due to his talent for stealing. He trains some orphans in his art of thieving and they call themselves Gentlemen Bastards and pass themselves off as petty thieves with Locke as their leader. They’re so good, they even fool the most feared ruler of the criminal world, Capa Barsavi. But someone called the Gray King is killing off Capa Barsavi’s most trusted men and using Locke to take control of the seedy underworld. Locke vows to beat the Gray King at his game. (Published June 27, 2006)

Grade: C for Come on! You can do better!

At least I got the lying part right. Yea, it’s in the title but…..whatever. 😦

I can’t recall how I found this book but it must have been the title and beautiful cover that drew me in. Obviously it’s about Akata discovering she’s a witch. Maybe there’s some trouble? Maybe witches are outlawed? Maybe I get an A for Awesome this time?

Ugh! It would be better if those questions were definite answers. I’ll give you half a point since you got part of it right. This is a middle-grade/young-adult fantasy novel about Sunny, an American-born albino girl living in Nigeria. She’s a great athlete but can’t play in the sun and she feels as if she doesn’t fit in. She discovers that she has magical powers and soon joins other students studying the visible and invisible and learning to change reality. “But will it be enough to help them when they are asked to catch a career criminal who knows magic too?” (Published April 14, 2011)

Fine, I’ll take the Pity B. But who’s Akata? You never said. Guess I’ll have to read to find out. 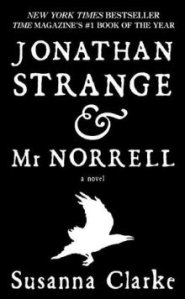 This is hard. Neither the cover nor the title gives me a clue, but whenever I see the title, it makes me think of Sherlock Holmes so…. I guess that it’s about these two dudes who are weird and run around solving crimes. I think there’s magic.

Well, at least you gave an answer this time and yes, there is magic. It’s a sort of fantasy historical fiction set in the early 19th century when the Napoleonic wars were still in play. Mr Norrell becomes a famed magician because before he revealed his powers, people thought magic was extinct. Jonathan Strange soon joins him as his student but Strange’s interest in the wild, dangerous forms of magic strains his relationship with Mr Norrell and puts at risk everything he holds dear. (Published September 8, 2004)

Grade: P=B for another Pity B

I think I was close this time.

Hyperbole and a Half: Unfortunate Situations, Flawed Coping Mechanisms, Mayhem, and Other Things That Happened by Allie Brosh 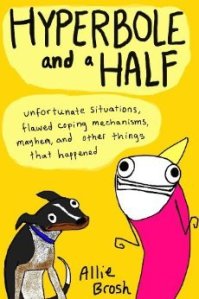 I like the cover of this book and I often wonder what it’s about. My guess is it’s a sort of memoir but events are exaggerated. I must be right!

Aahh, you’re getting there. It’s a memoir in graphic novel form. The entries are from Brosh’s popular blog, Hyperbole and a Half. (Published October 29, 2013)

Grade: B for Big improvement 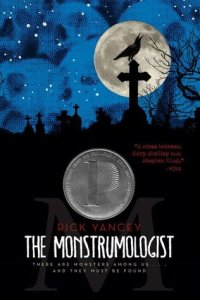 I really like the title of this book. I can’t remember when it was that I added it to my Goodreads TBR list or what it’s about but I assume that it’s about a guy who is a psychologist to monsters or people who think and act like monsters. He goes around investigating them and some seem like real monsters but no one thinks highly of his work, which upsets him so he creates a monster to show he’s right.

Oh sugar-puss. Your imagination sure does get away from you. Well, at least you’re right about bits of it. This is a young-adult horror novel about an orphaned boy who’s an assistant to Dr. Pellinore, who specializes in monstrumology, the study of monsters. Things take a turn when a grave robber visits in the middle of the night with a gruesome find, their most deadly case yet. “A gothic tour de force that explores the darkest heart of man and monster and asks the question: When does man become the very thing he hunts?” (Published July 20, 2010)

I was close. I was so close! Anyways, I’d love to get this one soon. It’s my sort of story “When does man become the very thing he hunts?”

And there you have it. Six books and I guessed none of them right. If you’ve read any of these books, or just have them chilling on your shelves, or would like to get them too, please share your thoughts on them below.

I hope you have fun with it if you choose to do the challenge.

Cristina at My Tiny Obsessions

Ashley at What’s She Reading