It’s time for another book tag, a fun break from reviews and discussions and such. I was tagged for this by the awesome Orang-utan Librarian. Check her out!

The tag was created by RiverMoose-Reads. By the way, these blog names make me want to get a cool blog name with an animal in the title, like “Panda Tumbles with Books.” I love pandas!

Note: I think it best that I warn you all that I probably won’t be able to drudge up the memories necessary to answer some of these questions, but I’ll try my best.

First book you remember reading on your own?

Umm…probably the Golden Books edition of Cinderella. I read that book so many times and later made up my own Cinderella stories.

First book you remember having your parents read to you?

Umm…I can’t recall them reading to me, actually. My upbringing wasn’t very traditional. But if they or my other family members did read to me, it was probably a bible story they read.

Book you read because of your parents? Because of a friend?

Lol! A book I read because my aunts told me I was too young to read it was Waiting to Exhale. I forgot what age I was but it was sometime in primary (elementary) school, I think. Haaa aunties!! 😛

From the questions following this one, I assume you mean college here. In college, my favorite required reading was The Brief and Wondrous Life of Oscar Wao by Junot Diaz. I was an English major. I hardly read for fun.

I can’t recall any of the books I was required to read for class. But around that age, my favorite books were the Nancy Drew mystery novels.

Ditto above but at that age, my favorite books where The Song of the Lioness series by Tamora Pierce. Around this time, I discovered the Harry Potter series and they later became my favorites as well. 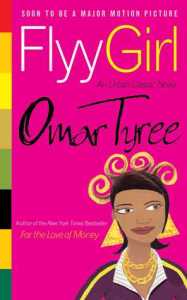 My favorite required reading was Their Eyes Were Watching God by Zora Neale Hurston. Around this time, I discovered African-American urban fiction and Flyy Girl by Omar Tyree, A Coldest Winter Ever by Sistah Souljah, and Street Dreams by K’wan became my favorites.

Book you gave up on as a kid that you’d like to revisit?

Back then, I was very adamant about finishing the books I started even if I hated them. So I’ll go with The Magician’s Guild by Trudi Canavan, which I began back in 2012 and gave up on. I don’t think I was in the mood for it.

Book you checked out from the library the most as a kid?

Umm…hmm…that was probably The Song of the Lioness series and Immortals series books by Tamora Pierce.

Book you made all your friends read?

I didn’t have many friends who enjoyed reading as much as I did, but in college, whenever I would meet someone who enjoys books, I would recommend Linden Hills by Gloria Naylor to them or The Brief and Wondorous Life of Oscar Wao.

The book that made you love reading?

Probably the first book I ever read, which I’ve forgotten the name of.

It has its faults but I never waver from loving The Song of the Lioness books by Tamora Pierce.

First long series you read as a kid?

With seven books that get larger and larger with each installment, that would be the Harry Potter books.

How did you learn to read? How old were you?

How? I don’t know. How old? I don’t know. According to my family, I was never without a book. Ever. It seems as if I started reading quite young but I’m too lazy right now to yell downstairs to ask my mum.

How obssessed were you with the scholastic book fairs as a kid?

I never went to one and didn’t know about them until a few years ago.

EVERYONE!!! If you see this, you’re tagged. Even if you just glimpse it and didn’t really look at the words but read this tag section, you’re tagged.

Link back here so I can see your post! 🙂