Yes! I am back with another Pokémon book tag. Don’t act surprised and don’t roll your eyes either. You know you love these cute Pokémons as much as I do. 😉

This Pokémon book tag was created by the Book Window. I saw it, liked it, and told myself “gotta do it.” So let’s get to it!

Pikachu is an electric-type Pokémon that stores electricity in its cheek pouches.

Pick a character that’s got something to do with electricity.

She is a fictional character from the Harbinger comic book series published by Valiant. I don’t know anything about her, actually. I came across her character in a preview of Imperium, #13, which was at the end of Faith, #1. She looks cool though. She’s Black and has dreads and her eyes light up. I love it that her eyes light up. I’d love to know more about the characters in the Valiant Universe.

Bulbasaur has a seed on its back that grows progressively larger by soaking sunlight.

Choose a character associated with plants or nature. 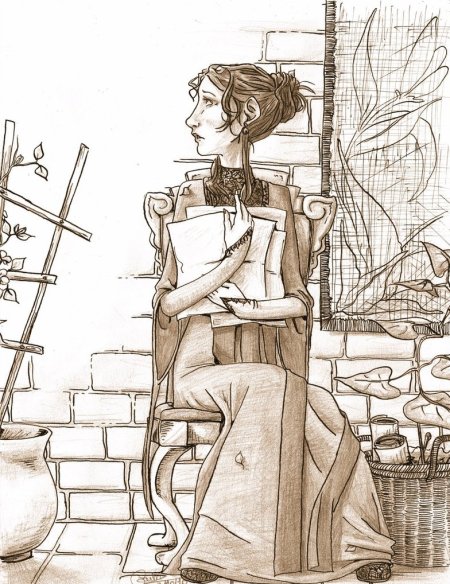 Lady Patience is a character in the Farseer Trilogy by Robin Hobb. She is the step-mother of the protagonist, FitzChivalry, and she is one of my favorite characters. She’s odd and absent-minded and an introvert but is kindhearted as well. Though flighty, she is a very smart lady. She’s awesome.

The illustration above is by Andromeda-Aries. I chose it because it closely matches how I imagine Lady Patience.

Charmander is a lizard-type Pokémon that has a flame at the tip of its tail.

Gosh, I love that show! And though he is an antagonist, I liked Zuko as well. I enjoyed watching his development throughout the show. His is one of the greatest character arcs in the show. And dude has serious moves. I bet he would be a good break dancer. If only he’d loosen up a little.

Squirtle is a water-type Pokémon.

Choose a book character who you’d associate with water.

I copied the Book Window and choose Percy Jackson from Percy Jackson and the Lightning Thief by Rick Riordan. The Percy Jackson series is a young-adult fantasy novel about Greek gods living in the modern world. Percy is the son of Poseidon and has control over water.

Meowth is a scratch cat Pokémon.

Pick a book with a cat in it. 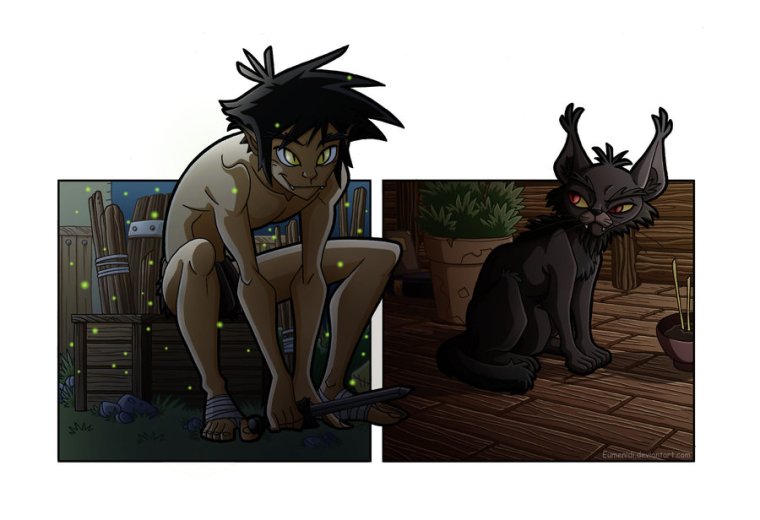 The rendering of Solembum above in his cat and human form is dark, but I think it’s good because certain characteristics of the cat is seen in the human. Even their postures are the same. The illustration is by Eumenidi.

Arbok is of the cobra species.

Choose a character associated with snakes. 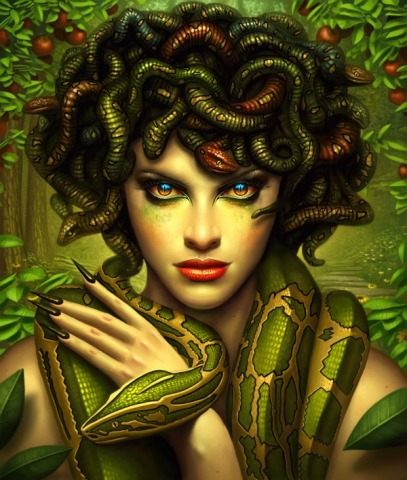 That chick has a whole head full of snakes! Medusa is one of the three Gorgon sisters from Greek mythology — the other two are Stheno and Euryale. Medusa is described as a female monster with a hair full of snakes and a face so frightful that it turns whoever that gazes upon her into stone.

I found the images above in a Google search but couldn’t find the names of the artists. I like them both. The one on the right gives Medusa an alluring look. She’s like a seductress there. And the one on the left is shocking. She will scare you to death.

Update: Steve, one of my subscribers on here, let me know that the Medusa on the left was done by George Patsouras, you can find more of his work at CGMythology.com, and the Medusa on the right is by Christopher Moffitt. 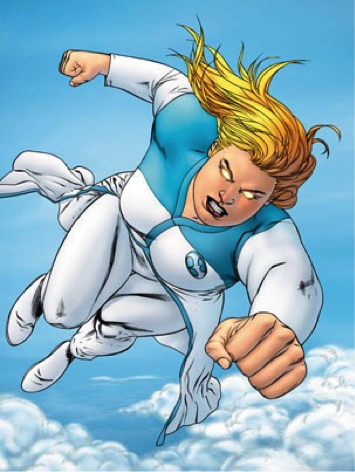 Faith is a psiot, a term used in the Valiant universe to refer to a person with super powers. Faith can fly, but I think she’s also telekinetic. I’ve only read the first issue of Faith so I haven’t seen much evidence of this, but I think she stopped some bullets with her mind power.

Spearow is a bird.

Name a book featuring a bird.

In The Dream Thieves by Maggie Stiefvater, Ronan gets himself a pet bird. It’s a raven, duh!

I love the colors in the illustration above of Ronan and Chainsaw. I believe it was done by Cassandra Jean.

Clefairy is a fairy-type Pokémon.

Name a book that has fairies in it.

The Field Guide, book 1 of the series

The Spiderwick Chronicles by Holly Black and Tony DiTerlizzi is chock full of fairies and brownies and trolls and the like. It’s a fun middle-grade fantasy series.

Gengar is a ghost-type Pokémon.

Name a book with ghosts in it. 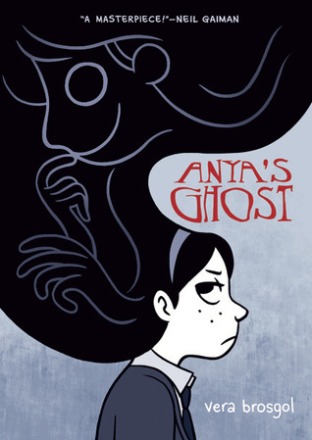 This is a young-adult supernatural graphic novel about a girl who learns to be proud of her background. It has a ghost that starts out sweet but later turns devious.

Yeahie!! I did the whole tag without mentioning Harry Potter once! 😀

Anyone who wants to join the Pokémon fun.

12 thoughts on “Pokémon Book Tag | via The Book Window”