I enjoy doing tags because they are lighter, more fun posts to do. I usually type one up if I’m procrastinating on doing something else (like getting caught up on book reviews) or if I just want something fun to do that involves books. I also enjoy reading such posts because I usually discover books I’ve never heard of or learn something new about a novel or nonfiction book that I’ve overlooked.

To further promote diversifying one’s reading, Naz at Read Diverse Books created the Diverse Books Tag. I’ve been meaning to do it for some time now and have finally been able to. The tag is open to everyone and it basically asks you to find books that fit certain categories. The books can either be ones you’ve read or ones you would like to read. It’s a great way of learning about books you probably wouldn’t have heard of otherwise.

Everything Leads to You by Nina Lacour. I received this YA novel last year in a BookRiot YA subscription box but have yet to read it. I heard it’s good and I also hear that the protagonist is a lesbian but the story does not center on her sexual orientation. I believe it’s about the protagonist moving to Hollywood to work as a set designer. That should be interesting. I did set design years ago in high school or before that. It was fun.

Blue is the Warmest Color by Julie Maroh. I love the cover of this graphic novel. I don’t know what it’s about, but I’m interested in reading it for the artwork. It was translated from French by Ivanka Hahnenberger.

Find a book with a Muslim protagonist. 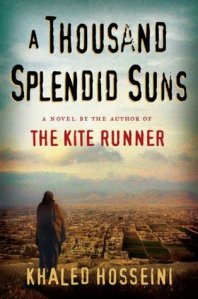 I’m going to cheat here and go with books set in the Caribbean.

The first is Cereus Blooms at Night by Shani Mootoo, which I’d love to reread since I’ve forgotten much of it. It was a favorite when I first read it. It’s a literary novel set on an island similar to Trinidad & Tobago (it’s not stated in the story in what country it’s set) that deals with gender identity.

George Lamming’s In the Castle of My Skin is an autobiographical novel set in Barbados. I read it years ago and have forgotten much of it as well. I only remember an image of the boys diving for money (I think) that the white guys threw in the water.

And last is the recently published Here Comes the Sun by Nicole Dennis-Benn, which is set in Jamaica. I haven’t yet read it but I heard it’s great so I look forward to it. I could have used this one to answer the first question as well because the protagonist is a lesbian.

Find a book about a person with a disability.

Everything, Everything by Nicola Yoon. This book has high ratings and readers are always talking about it so I’m curious to experience it for myself. It’s a YA novel about a girl who’s allergic to everything and falls in love with a guy.

Brain on Fire by Susannah Cahalan is an autobiography about a time in Cahalan’s life when she went mad, so says the subtitle. I started reading it in the store and was hooked on the voice so I bought it. I would like to complete it.

Find a science-fiction or fantasy book with a POC protagonist.

I’ve always wanted to try one of Nalo Hopkinson’s books (because she’s from Jamaica) so I bought two from Book Outlet last year: Chaos, which is a YA fantasy novel, and Sister Mine, which I believe is adult fantasy.

I’d also like to read Lagoon by Nnedi Okorafor because I like the cover. Yes, I often read books just because they have a great cover design.

Find a book set in (or about) any country in Africa.

I have to mention The Fishermen by Chigozie Obioma because I’ve wanted to read it since last year when I first heard of it. It was considered for the Man Booker Prize last year.

Homegoing by Yaa Gyasi. I’d like to read this because everyone says it’s great and I’m curious. It was published recently.

And Blackass by A. Igoni Barrett, which was published last year. It’s a satire set in Lagos, Nigeria, about a Black guy who woke up one day to find he has turned into a White man. He’s white every where except for his ass.

Find a book written by an Indigenous or Native author.

The Lone Ranger and Tonto Fistfight in Heaven and Reservation Blues by Sherman Alexie. His books always get banned. I want to see what’s the big deal. And his books are highly praised so I’d like to try them. 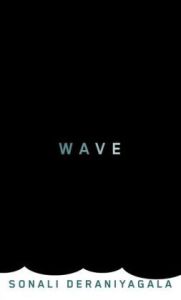 Wave by Sonali Deraniyagala. It’s a memoir of when the author lost her parents, her husband, and her sons in a tsunami. The tsunami occurred on December 26, 2004 off the southern coast of Sri Lanka. I haven’t yet read it but it’s on my TBR.

Find a book with a biracial protagonist. 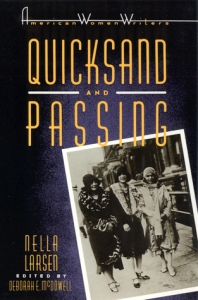 Quicksand and Passing by Nella Larsen. I think these can be categorized as novellas. They are classic African-American books and both focus on the experiences of a mixed race woman. I recommend them both. 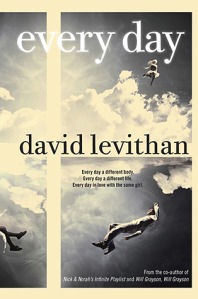 Every Day by David Levithan. This is another popular YA novel that I often hear of. It’s about A, who wakes up in a different body every day.

And that’s it! I would like to add another category though and that’s —

Find a comic book or graphic novel by a POC author.

I searched specifically for ones by Black authors and it was difficult to find some, much less ones I’d like to read. I didn’t want anything that seem like a history lesson so I chose these two:

Dark Rain: A New Orleans Story by Mat Johnson, illus. by Simone Gane, is a thriller graphic novel set shortly after Hurricane Katrina. It’s about two ex-cons on parole in Houston who want to rob a bank in New Orleans.

Bayou, Vol. 1 by Jeremy Love seems to be a children’s graphic novel set in Mississippi during the Great Depression. It’s about the adventures of Lee Wagstaff, the daughter of a Black sharecropper, as she tries to rescue her father and her friend with the help of a blues-singing, swamp monster called Bayou. Sounds fun.

That’s it. Let me know if you’ve read any of these and if you haven’t yet done this tag, then