Wishes for My TBR Pile is a monthly post where I list and sometimes discuss the books I’ve discovered and would like to get and read.

Again I’m late on posting this. I usually do these once per month, but I forgot to post in July and since my last entry in this series, I’ve added many books to my Goodreads TBR. I use both that TBR and these posts when looking for a new book to purchase or rent from the library. I don’t mind browsing bookstores and libraries and selecting a book by chance, simply because the cover caught my attention, but at times when I’m indecisive, these Wishes for My TBR Pile lists come in handy. Same too my Goodreads TBR, but sometimes the app is a nuisance when I’m trying to see the books I recently added.

I hope you’ll find something new to add to your TBR. Here are the books:

In Another Place by Dionne Brand

I placed this novel on my Goodreads TBR after reading a great review of it on Les Reveries de Rowena. It’s the second book I’ve discovered on that blog. The story is about the relationship between two Caribbean women who immigrate to Canada. It’s the story’s focus on the immigrant experience that makes me want to read it. Here’s what Rowena said in her review to convince me:

“She witnesses and questions the assimilation approach of her aunt and uncle and how this is toxic and seems to result in their emotional death. As immigrants are we supposed to embrace whiteness? Verlia decided she didn’t want to.”

Living with a Dead Language: My Romance with Latin by Ann Patty

Bored after retiring from the publishing industry, Patty decided to study Latin at Vassar College. This is a memoir about her experience. I discovered this book in a BookPage review and added it to my Goodreads TBR because I’m curious about the publishing industry. I know that’s not the focus of the memoir, but I’m sure Patty will mention it. I remember reading coverage about her retirement back in 2008 and I’d like to see if she’ll discuss that too.

The Muse by Jessie Burton

Another great review led me to Jessie Burton’s The Muse. I haven’t yet read her debut novel, The Miniaturist, though I’d like to, but Clare’s review of it on A Little Blog of Books intrigued me because the story is about a Trinidadian immigrant working at an art gallery in London. Here again we have a novel discussing the immigrant experience (I think it will), which is highly appealing to me at the moment. The story is also about art and artists and after reading Muriel Barbery’s The Life of Elves, I’m very much in the mood for more stories about art.

I knew about the Wolf Children animate movie, though I’ve never watched it, but I didn’t know there was a manga based on it. I discovered this when I read Summer’s review of the manga on her blog, Xingsings. The story is about a woman who falls in love with a mysterious man, who is later taken from her, leaving her a single mom. I like what Summer said of the story and the characters, and I love the illustrations she featured from the book. Obviously, I have to get and read Wolf Children. 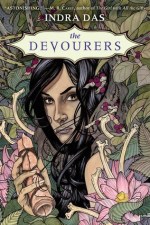 We Are All Blue by Donald Molosi

I prefer to see a play or movie rather than to read its script; but I liked what Darkowaa (African Book Addict) had to say about the two plays in Molosi’s We Are All Blue. The plays, Blue, Black, & White and Motswana: Africa, Dream Again, are stories about Botswana’s history, pre-independence and post-colonial Botswana. I also like this that Darkowaa said of Motswana:

“I truly appreciate the Pan-African nature of this play. It erases the borders the colonial masters drew around us and simply articulates the importance of celebrating all African nationalities and identities – be it Namibian, Ugandan, Chadian, Ethiopian, Burkinabé, Moroccan or Africans from the diaspora – as ONE.”

The Devourers by Indra Das

I want this book so bad. I have a 40%-off coupon for Barnes & Noble and I’m tempted to go get it right this minute. I keep seeing it around and hearing people mention it, but I wasn’t sure what it was about. I still don’t know and I want to keep it that way. On my last visit to Barnes & Noble, I read the first couple pages and was hooked. I could tell it’s a fantasy and that I will like it, so I decided that I will get it next time I visit a store.

Another book about immigrant experiences: This one is a children’s book about a family that’s forced to leave their country because it has become dangerous to live there. I’ve seen it mentioned in many YouTube videos, but it’s Jean’s review (Jean’s Thoughts) of it that convinced me to add it to my Goodreads TBR. Her review made me recall Shaun Tan’s The Arrival, an illustrated book that’s also about immigration. From the cover of The Journey, I get the impression that the illustrations will be bright and beautiful. I’d love to get it soon.

EVERYONE is talking about how great this book is and how much it accomplishes without having to be a tome. The buzz around it has made me curious and I’d love to read and experience it for myself. The story is about two sisters from Ghana whose lives are set on very different paths: one is married to an Englishman and the other is sold into slavery. The story follows their descendants. 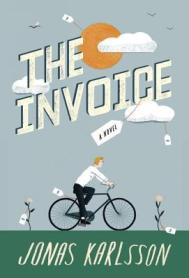 This Savage Song by Victoria Schwab

I forgot what I was reading or watching or listening to but Schwab was discussing the different activities she engaged in as a kid, like fencing, and what inspired her to write her books. What she said about This Savage Song convinced me to add it to my TBR. So far, I’ve heard mixed reviews of it, but most of them are good. I find it hard to quickly say what it’s about so I’ll link to Mogsy’s review on The BiblioSanctum, which made me excited to try the book. It will be my first Schwab book.

I forgot where I heard about this book and what was said to make me to add it to my TBR, but Fen is a collection of short stories inspired by English folklore and I’d like to read it.

The Chimes by Anna Smaill

This is a fantasy novel that was nominated for the Man Booker longlist last year. Many people have said it is a young-adult novel. It’s a story about music and memory and I’ve heard that the writing is wonderful so I’d like to try it.

The Invoice by Jonas Karlsson

This isn’t a book I would usually reach for but I liked Mille’s review of it on Milliebot Reads. It’s about a guy who receives an “astronomically high bill” for the simple life he leads. The sentences Mille highlighted made me curious about the story. 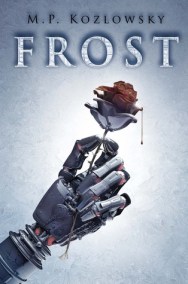 I haven’t yet read the Fables comics, mainly because I’m not a fan of the art style, but I’m sure I would love the story. It’s the sort of thing I’d be interested in. I was convinced to add this issue to my TBR after reading Resh Susan’s review on The Book Satchel. I’m not crazy about the illustrations, but I like them and the entire book package is beautiful. I’d like to get and read it.

I must get this book when it’s published. I read Kozlowsky’s Juniper Berry, a middle-grade fantasy novel, last year and enjoyed it so now I want to try his young-adult novel, which will be published in October (can’t wait!!!). I was so excited when I heard about this book on Misty’s YouTube channel, BookRat Misty. Apparently, it is “a chilling futuristic fairy tale” and is described as “Cinder meets The Walking Dead.” That just sounds awesome to me.

I forgot where I learned about this one, but I’m pretty sure it was on YouTube. It’s a young-adult, historical novel about Anne Boleyn at King Henry VIII’s court. I enjoy reading historical novels and since reading Philippa Gregory’s The Other Boleyn Girl, the Tudors and 16th-century England has become one of my favorite periods to read about.

The Tenant of Wildfell Hall by Anne Brontë

Though Jane Eyre was easy to read, I had no plans to continue reading more of the Brontë’s work. But after watching Samantha’s review of The Tenant of Wildfell Hall on her YouTube channel, Sam’s Nonsense, I was convinced to consider giving it a try. It seems that the book is about a lady who’s a single mom in the… I don’t know the year this story is set in but I’m sure it’s in the 1800’s when being an independent woman was an unpopular thing. I like the points Sam made in her review but I’d like to read the book to see if there are any similarities in writing style to Jane Eyre. 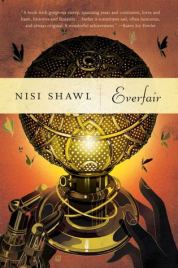 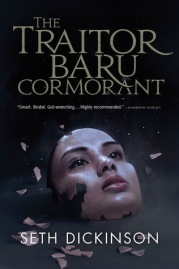 No idea where I heard of this one but I’d like to read it because it’s a steampunk novel that provides an alternative history of the Congo. It’s describes as “a wonderful Neo-Victorian alternate history novel that explores the question of what might have come of Belgium’s disastrous colonization of the Congo if the native populations had learned about steam technology a bit earlier.” Who wouldn’t want to read that?!

The Gita For Children by Roopa Pai, illus. by Sayan Mukherjee

This book was featured on Vicky’s blog, Books & Strips. I enjoyed reading the interview with the illustrator, Sayan Mukherjee, and because I’m curious about the Gita, I’d like to try this book. I really like the bright illustrations.

Wild Animals of the North by Dieter Braun (illus.)

I’ve heard and read many positive reviews of this book when it was just published last year but never felt the need to add it to my TBR until I listened to a discussion of it on the Bookrageous podcast January 2016 episode. I forgot what was said to convince me, but it seems to be a fantasy novel with lots of political intrigue. I’m a little intimidated by it.

And that’s all the books so far. I hope to get back to my monthly entries for these so they aren’t so long.