There’s a book tag for everything. I found this on Samantha’s YouTube channel, Sam’s Nonsense, last year. I’m not a gamer, but I liked the questions so I decided to do the tag. I’ll include her video at the end.

NES (Nintendo Entertainment System): A classic you want to read.

The Iliad and The Odyssey by Homer

My plan was to read these during my summer vacation. But, as you can see, summer came and is almost gone and I haven’t yet read them. I doubt I’ll read them before the end of the year so I’ll just prioritize them as being the next classics I read. (No promises.)

SNES (Super Nintendo): A sequel you liked more than the first (can be a second book in a series).

I tend to always prefer the first book in a series because that’s the book that introduced me to the story and the magical world. However, Christopher Paolini’s fantasy series, the Inheritance Cycle, is an exception because the series gets better as it progresses. So too Tamora Pierce’s Song of the Lioness series, of which In the Hand of the Goddess, the second book, is my favorite.

Nintendo 64: A book that revolutionized the way you look at the world.

Hmm… tough question. The majority of books I read have impacted how I look at the world in some way, but I find it difficult to point to just one and say “Yeah, this one really changed my outlook on the world.” I carry the stories I read with me for a time and eventually they fade away to be called upon during situations or discussions that are similar to characters or events in the story. The stories sometimes influence how I interpret my world but I don’t think I’ve yet read a story that revolutionized my outlook.

…Maybe the best answer here is the Bible. It’s the most impactful book in my life since I was brought up a Christian and was told not to question it but all I do these days is question everything about it so… yeah. Let’s go with the Bible.

Gamecube: A popular book that did not go over so well with you.

An unpopular opinion question. I have a couple answers but let’s go with Fangirl by Rainbow Rowell. It was okay, but I’m not crazy about it as everyone is and the ending didn’t work for me.

Probably the book I’m currently reading: When Hitler Took Cocaine and Lenin Lost His Brain by Giles Milton. It’s a short history book about lesser known moments in history. It’s pretty interesting. It discusses Hitler’s huge drug addiction as well as Lenin’s body being preserved and shown at a museum in Russia. I think the exhibit is still going on now. Much of it is about events and people from the World Wars, but it also touches on the slave trade and smaller, overlooked moments, such as the feats of several animals that helped war efforts.

Nintendo Power: Favorite graphic novel series or a series you want to start.

Ha! My favorite graphic novels and comics, you ask? Well, I shall tell you all them! I know only one was requested but I can’t stop myself from going overboard with this question. 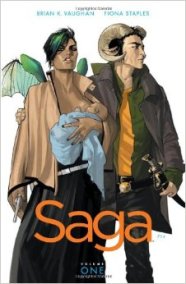 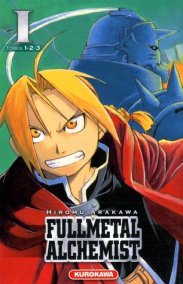 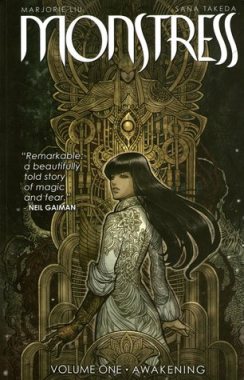 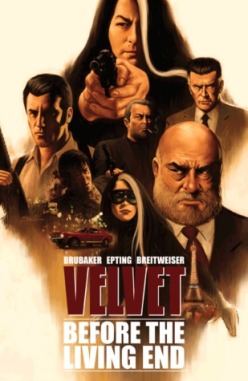 Saga by Brian K. Vaughan, illus. by Fiona Staples: a very popular sci-fi series about a couple on the run with their baby. They are being chased by their governments, which are at war with each other. I love the story and the art. It’s pretty graphic.

Rat Queens by Kurtis J. Wiebe, illus. by Roc Upchurch = a fantasy series about a band of female mercenaries. It’s a hilarious, fun read. These chicks don’t give two fucks about how they get stuff done. I love it!

Fullmetal Alchemist by Hiromu Arakawa = a steampunk manga about brothers Edward and Alphonse Elric who tampered with nature and lost parts of their bodies as a result. The manga is about their adventures as they try to restore their bodies. I love this story for its emphasis on familial relationships, friendship, and loyalty. Great story and it reminds me of Avatar Airbender.

Locke & Key by Joe Hill, illus. by Gabriel Rodriguez = a horror comic about a mysterious house with lots of keys. I liked the mystery in the first issue and I find the concept very interesting. Art is great.

Monstress by Marjorie Liu, illus. by Sana Takeda = a fantasy comic about… so many things. See my review here. I love the rich story and the detailed illustrations.

The Arrival by Shaun Tan = a wonderful graphic novel about immigration. Though told without words, the story is profound and touching.

Velvet by Ed Brubaker, illus. by Steve Epting = an action comic about a woman who works at a clandestine corporation. I love that it reminds me of action movies.

I just turned this into a recommendations post… Oh well.

Super Mario: A character that you’d love to squish like a Goomba.

From the Farseer trilogy by Robin Hobb, which I’m currently reading.

Zelda: A newer fantasy that you consider to be a modern classic.

The Harry Potter books because they revolutionized how children’s books are considered and marketed.

Samas-Aran: Favorite sci-fi novel or one you want to read.

Old Man’s War by John Scalzi because I’ve heard often how great it is, and so too Leviathan Wakes by James S.A. Corey. I watched the Expanse series on SyFy and enjoyed it though I didn’t understand shit.

Pokemon: Book editions that you want to collect.

It would be nice to collect the Folio Society editions of a few classics, but that would be super pricey. The picture above is of Jules Verne’s Twenty Thousand Leagues Under the Sea. 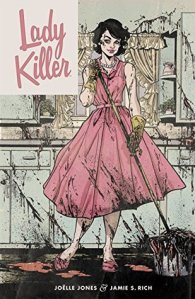 I’ll focus on one character and say Josie Schuller from the Lady Killer comic book series by Joelle Jones and Jamie S. Rich. It’s an action comedy about a housewife (Josie) who freelances as an assassin.

Well, I don’t play Nintendo. I tend to get frustrated with the games because I never win. I would like to play more Sims though. They just introduced a new feature on the Sims Freeplay so now my Sims can be doctors. Yeahie! It would be nice to be able to play it on my computer. But these days I don’t trust PCs to be able to do anything strenuous like play a game. I think I need a Mac.

Do the tag if you want to, or not if don’t. Either way, have fun with it.

Brendon at Reading and Gaming for Justice

Rachel at Life of a Female Bibliophile

Gwen at It’s a Long Story

Drew at The Tattooed Book Geek

Meg at Magic of Books

Mogsy, Tiara, and Wendy at The BiblioSanctum