Here I am with another book tag to distract myself from the many, MANY Black Friday deals that are tempting me to spend money I don’t have. I consider myself tagged by Liam at Hey Ashers, whose blog you should check out (and I highly recommend his snarky chapter-by-chapter recap of Throne of Glass by Sarah J. Maas.). The tag was created by Kirsty @ Kirsty and the Cat Read.

Before I get to the tag, I must admit that I’m not a huge Beauty and the Beast fan. I enjoyed the original Disney movie, but didn’t care much for the story. I’m more of a Cinderella girl. However, I am looking forward to the new Beauty and the Beast movie, starring Emma Watson, that’s supposed to drop next year.

From the preview, it seems that the story is mostly the same as the original Disney movie, but I’m curious to see if any major changes were made. Also, I’m looking forward to Chip, who’s my favorite character in the story. By the way, if you haven’t seen the trailer yet, here it is:

A Tale as Old as Time

A popular theme, trope, or setting you will never get bored of reading.

Rags to riches, underdog becomes hero, farm boy learns he’s special: I’ll never grow tired of reading such stories. I think the Cinderella fairy tale, and thus Marissa Meyer’s reworking of it in her YA sci-fi novel Cinder, has all those themes because the protagonist begins the story poor and downtrodden and gains a greater stance in society by its end. However, I prefer Cinder’s story in Meyer’s novel because Cinder takes charge of her destiny and works to alter her situation in life instead of relying on a fairy godmother (…though I think that’s debatable).

A book you bought for its beautiful cover that’s just as beautiful on the inside.

I’ve bought many books because of their beautiful covers, but this question was hard to answer because I haven’t yet read many of them. However, I chose Jeff Vandermeer’s instructional writing book, Wonderbook, which I am still reading (I’m a bit embarrassed to admit this since I started the book about 2 years ago but haven’t yet returned to complete it). Despite my long break in reading it, the book is great and has lots of helpful tips for writers. There are also loads of pictures and illustrations to keep readers interested and engaged.

I also chose YA fantasy novel Seraphina by Rachel Hartman because I love the cover, the story, and Hartman’s writing style. The story is set in a world where dragons can adopt human form and is about a young woman who’s a talented musician and an abomination in her country because she’s half dragon.

A book you didn’t expect much from but pleasantly surprised you.

Station Eleven by Emily St. John Mandel, which I read earlier this year. I expected the story to be okay, since everyone was crazy about it last year, but I didn’t expect it to be engrossing or that it would make my world seem more magical to me because of its technology. I love this story for highlighting what we take for granted in our daily life.

A book everyone loves that you don’t. 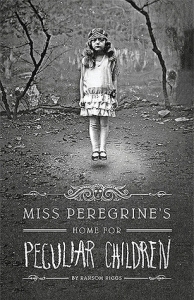 Miss Peregrine’s Home for Peculiar Children by Ransom Riggs, which is about a boy who learns he is connected to a group of kids who have peculiar abilities. Damn near everyone loves this book but I didn’t enjoy it. The story is interesting and it is well written but I was bored the entire time I read and I don’t trust Miss Peregrine though I know she has good intentions.

A loyal sidekick you can’t help but love more than their counterpart.

Iko and Thorne from the Lunar Chronicles series by Marissa Meyer. I chose the third installment of the series, Cress, for this answer because I appreciated seeing another, more serious, side to these two characters. Before Cress they mostly provided comedic relief, which made them appealing to me, but I liked seeing them struggle a little in this one and show their genius.

A book that helped you through a difficult time or taught you something meaningful.

When I begin doubting myself and questioning the path my life has taken, etc., I usually pick up Eat Pray Love or a Harry Potter book. Elizabeth Gilbert’s memoir is inspiring and uplifting and usually makes me feel better by its end; it makes me believe the bad will pass and the good will come. Harry Potter cheers me up so I usually just reread the first book (which hails back to those themes I mentioned in my answer to the first question).

A book or series that you weren’t into at first but picked up towards the end. 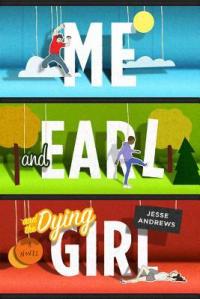 Me and Earl and the Dying Girl by Jesse Andrews is a YA contemporary novel about a boy trying to navigate high school. I read the book because of the movie previews (I didn’t watch the movie) and I enjoyed it though at first I thought I wouldn’t. I think it grew on me.

A fictional character you’d love to have over for dinner.

Blue’s mom so she can read my palm.

I won’t tag anyone but please feel free to do the tag if you want to.

Also, just a reminder that I’m still accepting questions for my Q&A, if you’re interested.

17 thoughts on “Beauty and the Beast Book Tag”