Tough Travels is a monthly meme that recommends fantasy books based on tropes, themes, and clichés cited in Diana Wynne Jones’s The Tough Guide to Fantasyland. The meme was created by Nathan at Fantasy Review Barn and is now hosted by Fantasy Faction.

Since I haven’t read many fantasy books, I instead create my list at the end of the month, after reading everyone else’s, and include recommendations from them that are interesting to me.

The Tough Guide assures us that HEROES are ‘mythical beings, often selected at birth, who perform amazing deeds of courage, strength and magical mayhem, usually against all odds.’ Furthermore, ‘if you get to meet a so-called Hero, she/he always turns out to be just another human, with human failings, who has happened to be in the right place at the right time (or the wrong place at the wrong time, more likely)’.

HOWEVER. For good or for evil, some of fantasy’s most memorable Heroes are not human at all. Some look human, but aren’t. Others may look monstrous, but be ‘human’ on the inside. Others still never pretend to be anything other than what they are – and why should they? In nearly all cases, we are likely to Learn Something from them – usually that appearances can be deceiving, or that the concepts of both ‘Human’ and ‘Hero’ are entirely subjective.

I struggled with this one (as I usually do) and managed only to think of two characters who are actually the protagonist of their story and not simply a close supporting character to the protagonist, like an animal companion. However, that left me with characters who closely resemble humans: cyborgs.

First up is the eponymous protagonist from Marissa Meyer’s Cinder, which is a YA sci-fi novel inspired by the Cinderella fairy tale. Cinder is a cyborg, meaning she is human but has some mechanical parts. In her world, cyborgs are despised and aren’t welcome into society, so she sometimes has to hide her mechanical parts and is discriminated against because of it. [Totally random, but I wonder if I used the word “discriminated” correctly there. It looks so weird.]

Lady Mechanika is the protagonist of a steampunk comic book series of the same name illustrated by Joe Benitez. Set in England in the late 1800s, the story follows Lady Mechanika, a cyborg, who’s trying to learn about her past and who made her. Unlike Cinder, it seems that Lady Mechanika is accepted by her society or is at least tolerated because she is seen as something exotic… Well, that’s what I got after reading the first volume. There are several other characters with mechanical parts but I believe Lady Mechanika is entirely mechanical.

Stuff that caught my eye:

The protagonist’s name, Slud, caught my eye. It made me think of slug and mud and then I read the description Laura gave and the review she linked to and then I was like “I gotta add it to my TBR!!” The story sounds pretty cool. From what I got from it all, there’s a lot of fighting and monsters and no humans and it’s all fun. 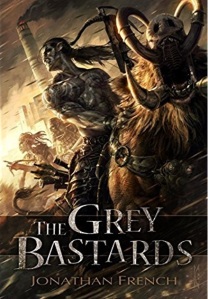 I’ve seen this one around the online book world, but never placed it on my TBR because I judge books by their covers and I didn’t like this one. But it seems to be in the vein of Cold Counsel, meaning all non-human cast, violent, and fun, so I placed it here. For some reason, both books make me think of Kings of the Wyld, though I haven’t yet read that book and don’t know what exactly it’s about. (This was recommended by Mogsy (see Bibliosanctum link below) too, so I definitely had to add it to my TBR.)

I’m placing this on here because I often hear it’s great, so I’d like to read it. (It was also recommended by Nathan (see Fantasy Review Barn link above and below), which makes it a definite TBR addition.)

This sounds crazy. With character names such as Pissbeard and Tundertum, it sounds like something that will have me cracking up the entire time I read. I have to at least try it. 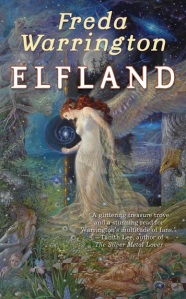 This one was recommended by Wendy. It’s a fantasy novel about fae creatures who live alongside humans but must renew their connection with their homeworld every seven years or risk becoming human. It sounds interesting and I like the cover, which is why I’d like to read it.

Recommended by Mogsy, this one is about a dragon, “the youngest, smallest, most powerless dragon” in his clan, who is thrown into the world in human form by his mother to fend for himself. It sounds like the sort of story I’d like: ones where the weak become strong or the dull becomes freaking awesome. I don’t know if that happens, but I don’t mind reading the story to find out.

From the Fantasy Review Barn:

The Goblin Emperor by Katherine Addison

I actually own this book! 😀 But haven’t read it. 😦 It’s about the young, half-goblin son of an emperor who spent the majority of his life living in exile but suddenly gains the throne when his father and three half-brothers die. I forgot why I bought the book, but Nathan said it’s “a great book for someone not afraid of darker tones but not wanting a truly dark book,” which sounds perfect for me. Plus, I like stories where there’s lots of character development which this seems to have.

That’s quite a lot of recommendations for this edition of Tough Travels. I guess it’s because I hardly read books that have non-human heroes.

Anyway, next month’s theme will be Adepts … and by then I’ll know what that means. 😛

Real quick, here are the new-to-me books I got after doing the past two posts for Assassins and Beginnings:

Prince of Thorns by Mark Lawrence, which wasn’t included in the Assassins post but I bought it with Red Sister in mind.

The Thorn of Dentonhill by Marshall Ryan Maresca