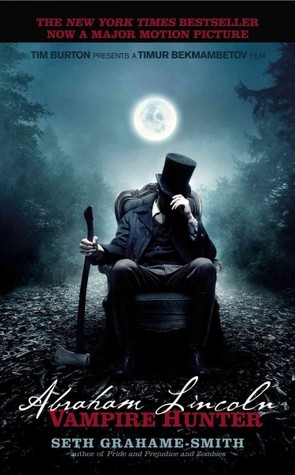 My reading experience with Seth Grahame-Smith’s Abraham Lincoln: Vampire Hunter was one of the best I’ve ever had. While reading the book, I went on a guided bus tour of Washington, D.C., and was told facts that confirmed some of the passages from the story.

I also visited an old train museum and read the book while sitting in its café area, which was restored to maintain how it looked back in the late 1800s. Doing so also helped to cement the novel’s worldbuilding in my mind making it easier for me to imagine the setting. I felt as if I was looking out on history while reading a story that called to it.

While Abraham Lincoln is widely lauded for saving a Union and freeing millions of slaves, his valiant fight against the forces of the undead has remained in the shadows for hundreds of years. That is, until Seth Grahame-Smith stumbled upon The Secret Journal of Abraham Lincoln, and became the first living person to lay eyes on it in more than 140 years.

Using the journal as his guide and writing in the grand biographical style of Doris Kearns Goodwin and David McCullough, Seth has reconstructed the true life story of our greatest president for the first time-all while revealing the hidden history behind the Civil War and uncovering the role vampires played in the birth, growth, and near-death of our nation. (Goodreads)