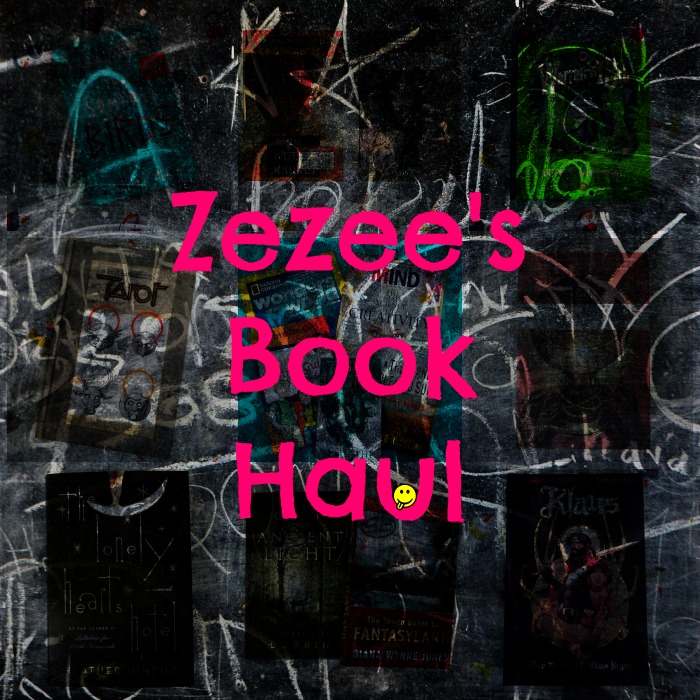 Earlier this week, I posted the first part of this haul showing books and comics I bought since my last haul. Since that post ran a bit long because I talk too much, I decided to break up the haul into two posts. This one will focus on the loot I got from the Small Press Expo, which is an indie cartooning and comic book event that takes place in September. As I said in my first post, I was on my best behavior this year and kept my purse in my bag so I wouldn’t buy everything I saw, and boy did I see a lot and love them all! 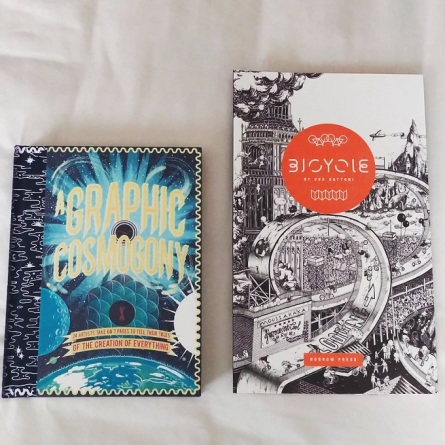 As soon as I got to the event, I made a beeline for the NoBrow Press booth. I love their books! (Though I haven’t read any yet. Don’t judge me!)

A Graphic Cosmogony by various artists

I’ve wanted this since I first heard of it. This is NoBrow’s first anthology. Twenty-four artists are given 7 pages each to present their ideas about creation, “How did we get here.” I don’t believe there’s much dialogue in the comics and most of the artwork (I did a quick flip through) are vibrant. (Find out more about it here.)

I also bought another leporello, books with folded pages that extend out like an accordion. Bicycle is inspired by the 2012 London Olympic Games and features a cycle race through London. The illustrations grabbed my attention. They are so detailed! I couldn’t leave without it. 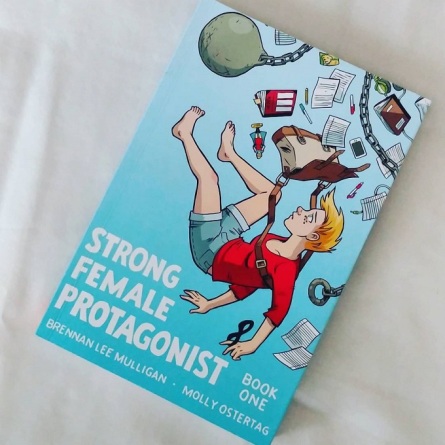 I then hopped over to the Top Shelf booth and was REALLY tempted to get Surfside Girls, Book 1: The Secret of Danger Point by Kim Dwinell (illus.) and Home Time: Under the River by Campbell Whyte, but instead left with —

I saw it and had to get it because I’ve been curious about it ever since I first heard of it. I like the title. It’s about a girl who’s a superhero and is trying manage her many responsibilities while attending college. 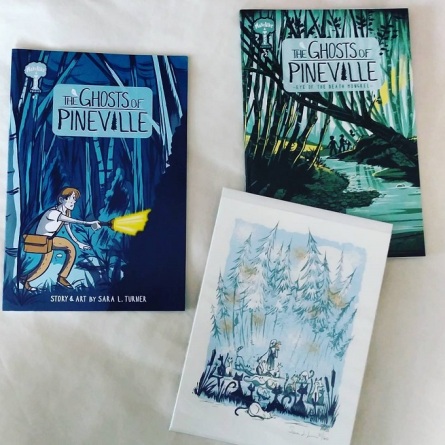 I so liked Turner’s little booklets on spooky scenes that I bought last year, I decided to get two of her comics and a card because I liked the illustration on it. 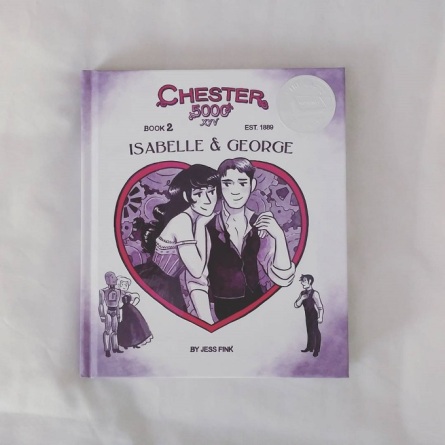 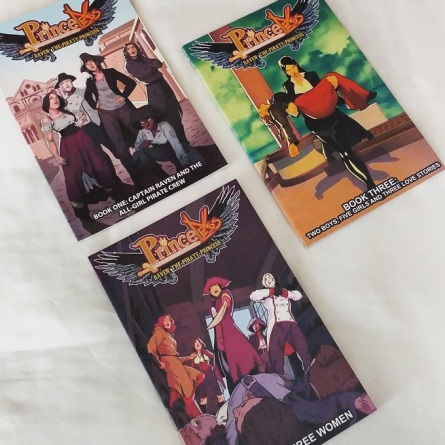 As I turned to leave Fink’s booth, I looked up and guess what I saw across the way?

I’ve wanted to read these comics since I first heard of them because I like the series name, PrinceLess, and the stances of the women on the cover. I ran over to Whitley’s booth when I saw it and told him I really, really want to read his comics 😀 😀 😀 !!! He was very nice and signed my books and told me he created the original PrinceLess comics, which are being optioned for a movie adaptation with Sony, for his daughter (so sweet). The comics above are about the adventures of an all-female pirate crew 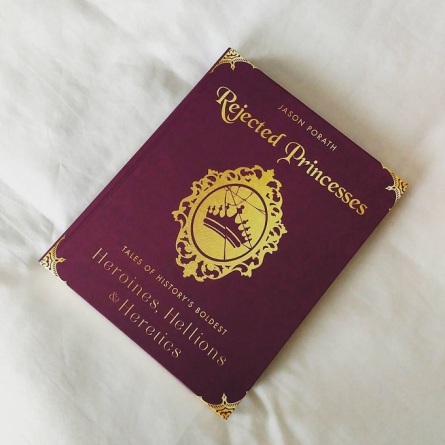 The title says it all and that’s what caught my attention. It’s a thick book filled with about 100 entries about badass women in history and mythology. I probably wouldn’t have gotten it but while speaking with Porath, he showed me that Nanny of the Maroons (a Jamaican heroine) is also in the book. I was immediately sold. (Find out more about the book here.)

In addition to the print by Sara L. Turner, I also picked up the following posters. I’ll need to frame them and figure out where I can put them. 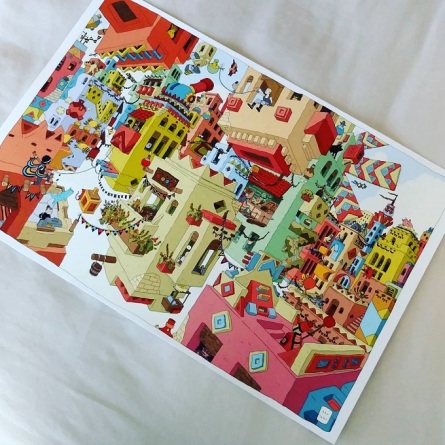 I love this illustration by Ben Sears of part of a floating community. There’s so much going on and the colors are bright but not overpowering. I had such a hard time deciding between this and another print that he flipped a coin to help me decide (lol!). 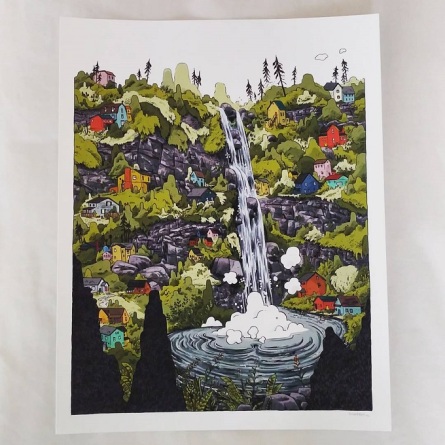 This print is by Dustin Harbin. Every time I walked by his booth, I stopped and admired it. I don’t know why I like it so much. 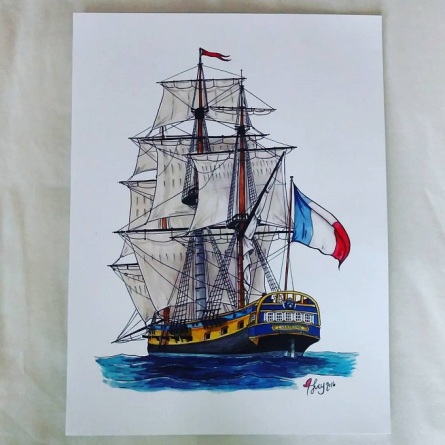 I love Lucy Bellwood’s work and was excited to visit her booth again. Last year I bought three small prints from her, but my mom liked them so much that she took them with plans to frame and hang them about the house. I wanted to get some more of them, but only large prints were available this time. I didn’t mind.

This print is of L’Hermione, a ship of the French Navy that was famous for transporting General Lafayette to the U.S. in 1780 to help Americans in the Revolutionary War (Wiki). I didn’t know any of that when I bought the print. I just loved the illustration and saw the Hermione part of it and immediately thought of Harry Potter. For some reason, I didn’t pay much attention to the flag. But I got curious later and googled it. 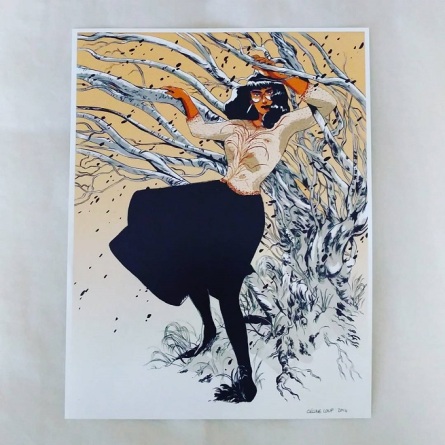 I was thinking of autumn when I decided to buy this print by Celine Loup. I love the colors in it. It’s another that was hard to decide on because there was another print of a snake there that I really liked too. The colors in this won me over.

That’s it for the Small Press Expo.

Before I go, I have one more art print to show: 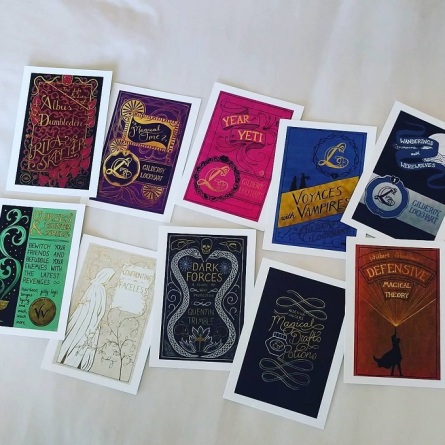 These are Harry Potter-inspired postcards designed by illustrator and book designer Holly Dunn. I follow her videos on YouTube because she discusses books, book covers, and reading, but I also like her designs and was excited when she decided to print and sell these postcards inspired by textbooks from the Harry Potter series.

Dunn created about 5 sets of illustrations for the various textbooks mentioned. She grouped them as follows: defensive magic, first year, books and broomsticks, biographies, magical flora and fauna. I picked up the biographies set, which includes designs for the Lockheart books as well as Dumbledore’s biography, and the defensive magic set. I believe sets are still available on her website for purchase.