I’ve always wanted to do another round of the Try a Chapter Tag (here’s my first one), so I’m glad to finally get another chance to do it. I recently completed the 2 books I’ve been actively reading and am now looking for 2 more to start on. (I tend to juggle 3 these days.) Since I’m long overdue to read the ARCs and other recently published books I won in giveaways, I’ve decided to use this tag to choose two ARCs/recently pubbed books to read next.

The tag was created by Malia at BookParadise, a booktuber. The guidelines are as follows:

Read up to the first chapter, prologue included.

Decide if you’ll complete it or set it aside.

Here are the books I’ll choose from.

Some of these were published earlier this year so I’ll include the publication dates below. 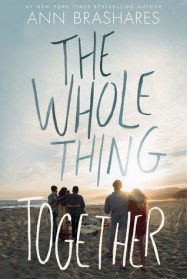 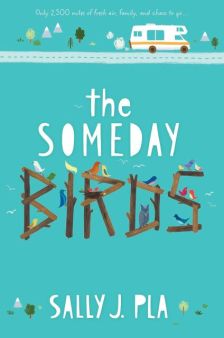 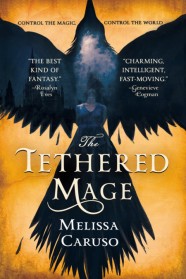 I read a few pages of it earlier in the year, but I got bored and stopped. I’ll reread those pages and read an extra chapter to see if I’ll continue.

The Someday Birds by Sally J. Pla – published by Harper on January 24

Warren the 13th and the Whispering Wood by Tania del Rio, illus. by Will Staehle – published by Quirk Books on March 21

However, I’ll swap this for the first book in the series, The Bear and the Nightingale, which I haven’t yet read but was published earlier this year.

The Confessions of Young Nero

Pretty decent. The first couple chapters are short, about a page and half, so I read to chapter four. I’m interested but not hooked and I’m not sure who exactly is narrating because the first chapter is from a poisoner named Locusta, who is reflecting on Nero’s young days, and then the story switches to the past to young Nero’s perspective so I suspect that this is sort of a frame tale, but I’m not sure. Also it’s told in first-person, but doesn’t feel intimate… It’s a bit awkward. Still, this is a possibility.

The Lost Kingdom of Bamarre

Again the chapters were short so I read to chapter 3. I was interested at first, but by the end of chapter 2, I started to zone out. I don’t think I’ll continue with it now, but I might later. I want to know what this world is like and so far there isn’t much worldbuilding. However, the story has a fairytale vibe to it that I like.

The Door in the Alley

Yea… I’m gonna give up on this one. I read the first 3 chapters and though they aren’t as boring as the first time I read them, I’m not interested enough to continue with the story. I kept zoning out or nodding off. The narration is meant to be humorous, and it is in some spots, but most times the narrator’s chattiness gets in the way of the story making it longer and the reader less patient with it. However, this might not be the case for the intended audience – kids ages 8 to 12.

The Whole Thing Together

This one has me hooked emotionally. I’m curious to see how the plot progresses and am tempted to flip to the end and read the last chapter. For me, that’s a very good sign. I read the first 3 chapters of this. It starts out slow, but by the third chapter I was hooked.

Eh… I read the prologue and first 2 chapters. I think I’ll like it if I read it when I’m in the mood for such a story. It’s steampunk and has fairies in it so it definitely would have had my attention if I was more interested. It’s a pass for now, but I’ll definitely return. I keep thinking about the fairies. 🙂

Warren the 13th and the Whispering Wood

😀 I read the prologue and was immediately taken by the illustrations. I love Will Staehle’s work. In the first book, Warren the 13th and the All-Seeing Eye, the illustrations were all in black and white and red. This time the highlighting color is green. The story is also interesting and will be another rollicking adventure. This time the witches are hunting for my favorite character, Beatrice the Bold, who is a witch hunter and is covered with tattoos of roses. I think it will be a fun read.

Since the chapters are longer and the text smaller, I read just the first chapter, which was exciting because of all the fire and doubts. I’m not hooked, but this is one I’ll certainly return to read later, probably after completing whichever book I choose from this list.

A Plague of Giants

I read part of the first chapter because I was in a hurry. It’s a little dry, but I am intrigued by the bard and the story so I know if I commit myself to reading it, my interest will grow. So definitely a maybe.

The Bear and the Nightingale

I’m hooked. I read the first chapter and the fairy tale told in it appealed to me so much that I almost continued reading the book without bothering to finish this tag.

I read the first 2 pages of the first chapter. That’s all I needed to do because I immediately fell in love with the writing and the voice and craved more. I was basically hooked from the first sentence. I think I’ll really like this one.

The Bear and the Nightingale

Warren the 13th and the Whispering Wood

These three stood out the most. Warren the 13th will be quick and fun, I can’t wait to immerse myself in the setting of The Bear and the Nightingale though it’ll make me shiver, and I crave more of Little Fires Everywhere. I just love how Eg’s book is written! Even as I’m writing this, I’m thinking of the words, the voice, the tone of the few pages I just read. I don’t know what it is, but there are a few books out there that as soon as I read the first sentence, I know I’ll love the writing and the story and will be hooked. Little Fires Everywhere is one of them.

After these three, I’ll mostly likely move on to The Tethered Mage and The Girl in the Tower.

Let me know if you’ve read any of these books already.