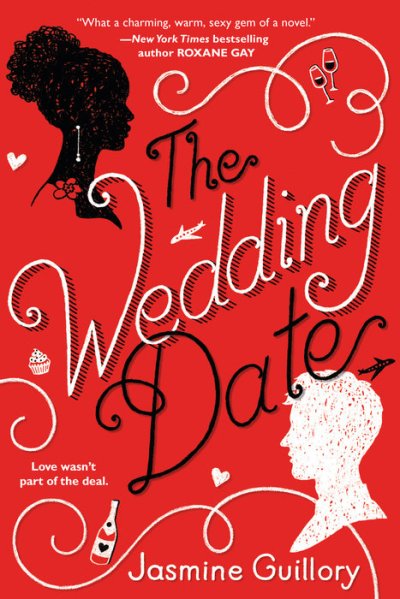 This one has been receiving a lot of buzz lately. I listened to an interview featuring the author on First Draft Podcast and got curious enough to give the book a try.

A groomsman and his last-minute guest are about to discover if a fake date can go the distance in a fun and flirty debut novel.

Agreeing to go to a wedding with a guy she gets stuck with in an elevator is something Alexa Monroe wouldn’t normally do. But there’s something about Drew Nichols that’s too hard to resist.

On the eve of his ex’s wedding festivities, Drew is minus a plus one. Until a power outage strands him with the perfect candidate for a fake girlfriend…

After Alexa and Drew have more fun than they ever thought possible, Drew has to fly back to Los Angeles and his job as a pediatric surgeon, and Alexa heads home to Berkeley, where she’s the mayor’s chief of staff. Too bad they can’t stop thinking about the other…

It was okay. The Wedding Date is a quick, fluffy read about a girl and a guy who fake date but quickly develop feelings for each other and fall in love. It has received a lot of hype, but I’ve yet to see what all the hype is about.

I like the premise of the story and how the protagonists meet and that the story is told from both of their POVs. I also like that as a contemporary romance, it includes lots of texting between the characters (because who talks on phones these days?). I love that this is a story about an interracial couple and that it includes thoughts and situations regarding race that feel authentic and real. The story doesn’t ignore discussions about race yet doesn’t force attention on it simply because the romance is between a Black woman and a White man. Instead, the situations that arise ring true of what happens in society today.

What I didn’t like is that we’re given snippets of the protagonists’ lives outside the romance, which made me not care for them. I didn’t like how certain scenes would end abruptly or seem to trail off, like when Alexa is at work about to enter a meeting. I get that talking about a meeting would be boring, but those parts are so abrupt that I’d wonder if I missed something and they occurred so often that I became annoyed and didn’t care about their work lives.

I didn’t trust how quickly their relationship developed and found it hard to believe that they fell in love. I guess it’s because we don’t really see the characters hang out together to really know each other. We are only told that they communicate often and do things together other than have sex. But I didn’t buy it, which means I sometimes thought they overreact in certain situations. In my head, they’re still sex-buddies.

And speaking of sex, I didn’t like the sex scenes. I prefer them to be a little more explicit. In The Wedding Date, there are hardly mentions of body parts other than lips, hands, and breasts. It’s less than PG and though I like the technique of leaving it up to the reader to imagine what happens, I would have liked a little more detail about what exactly the characters are doing.

The story is entertaining and is a quick read, but shortly past the middle of the novel, I started to lose interest because of the shortcomings listed above as well as a few others that I won’t bother to mention. But The Wedding Date is a light read, so if you’re in the mood for a quick romance, you could give this one a try.

6 thoughts on ““The Wedding Date” by Jasmine Guillory”