There’s a book tag for just about every topic. Since it’s Sunday, I wanted to do a fun, relaxing post to match my mood: The weather is great, so I’m mad chill right now (and lazy). It’s one of those kick-back, chill, and watch Netflix type of Sunday, and I’m loving it.

I couldn’t find a book tag themed specifically for the day (and didn’t feel like creating one), so I was glad when I found this Sunday Brunch Book Tag because the second best thing to do on Sunday (the first being chilling and reading) is to have brunch. I love party brunches, though I’ve yet to make it to one. I’m always too lazy to leave my house to attend them, but they sound so fun! Anyway, the tag…

It was created by Deborah, the Reading Chick, and I was doubly happy to do it because I love breakfast food, so this is now one of my favorite book tags because of all the yummy food.

Woo!!!… it’s simple and ordinary, but I love it. Easy to whip up and there’s bacon. Bacon makes everything better. 🙂

Murder on the Orient Express by Agatha Christie

This novel is a classic of genre novels and mystery novels, in particular. In it Christie’s famous fictional detective Hercule Poirot solves a murder that occurred on a train. He must identify the killer before he can strike again.

Many folks love this story, and it often pops up whenever the name Agatha Christie is mentioned. It’s easy and quick to read as well as entertaining. I think it matches the American classic breakfast because it’s a classic but isn’t difficult to read or hard to appreciate.

Oh yes! I do love cinnamon rolls too, especially with a nice cup of tea.

A fluffy, guilty-pleasure read for those who like fantasy and romance. The Demon Lover is about a woman who gets a job at a college in upstate New York and learns that the college and its occupants are more than they seem, magic is real, and the phantom that haunts her dreams is an incubus.

I enjoyed reading this. It was fun and entertaining, set in a charming town and filled with delightful characters. I think it’d go well with a cinnamon roll and tea.

I’m one of those oddballs who doesn’t like the Denver omelet (too many interfering vegetables) and certainly doesn’t like cheese. Nope. Not for me.

I recently read this and loved it. It’s a YA alt-history novel set in the mid-1800s (shortly after the Civil War began) but with zombies. The story focuses on Jane McKeene, a determined Black girl trained to be a zombie killer.

I enjoyed this one so much! I selected it for the Denver omelet because I think of that dish as filled with unexpected surprises (because I didn’t expect all the vegetables and cheese when I first ate it) and it’s the same with this story. I didn’t expect it be so good or to like the protagonist as much as I do. It was such a fun read!

Actually, any kind of pancake is my favorite. I. Love. Pancakes!!! 😀 😀 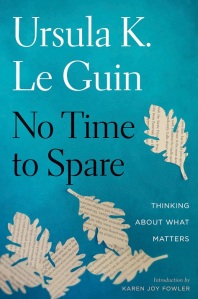 No Time to Spare by Ursula Le Guin

This is the last book Le Guin published before she passed away. It’s a book of essays that contains mostly posts from Le Guin’s blog. I chose it for the egg cup because Le Guin wrote an essay on it (sort of).

Well then, that’s it. 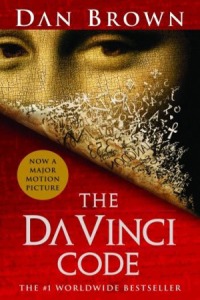