Have you ever checked your stats to see what weird terms lead people to your blog? I do. I did that a while ago, saw that someone found my blog by searching for “natire book tag” (I guess they were searching for a nature book tag) and decided to google that too to see where it led. It led to various book tags and since I enjoy doing such posts, I decided to do one here today — the Philosopher Book Tag! It’s the first I’ve ever heard of it. I found it on Crooked Fingers, a Live Journal blog, but it was created by Between Lines & Life, a booktube channel.

Philosophy was one of my favorite subjects in school and it’s something I’m still interested in and still try to read up on from time to time, though not as often as I’d like. I’m not well versed in philosophy, so I’m not sure this tag will go well since I didn’t read all the questions before starting.

These two are essays written by Emerson. I’m pretty sure it was probably a text book that formally introduced me to philosophy in high school, but when I thought of the question, Emerson’s work immediately popped in my mind. I read them for an American literature class in college and really liked them.

Karl Marx is a political philosopher, turning the world upside down with the Communist Manifesto.

Which political event or event in history would you like to read more about in fiction?

The Rape of Nanking by Iris Chang

The Nanking Massacre occurred during World War II in the late 1930s. Japanese soldiers invaded Nanking, which was the capital of China back then, and wreaked havoc upon its people. I researched this event when I was in school but have forgotten much of what I learned, so I’d like to read Chang’s book. I have a feeling that I have read it before.

My fascination with the Romanovs, the royal family that ruled Russia from 1613 to about 1917, began because of one man — Rasputin. To me, he’s one of the most fascinating historical figures. I’m curious about him and would love to know more about the royal family he had such a strong influence on.

Other political/historical events I’d like to read more about: the development of the Catholic church and how it gained influence; the development of Christianity, Islam, and Judaism; the Opium War (I think that’s what it’s called; I’m referring to back when Britain pumped opium into China so that China would open up to trade back in the 1800s or so).

Jean-Jacques Rousseau highly influenced the Enlightenment, a period which introduced critical thinking to the common people.

Which book or author forced you to think more critically?

This one is difficult. I can’t pinpoint a particular book or author that made me think more critically. But after reading this book in college, I started questioning the history I’m told and taught more: 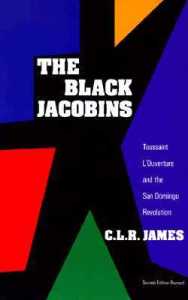 The Black Jacobins: Toussaint L’Ouverture and the San Domingo Revolution by C.L.R. James

The Black Jacobins is a history book about the Haitian Revolution and what lead up to it. It’s one of few books in which I’ve written in the margins. I was too angry about the conditions and events I read about to keep my thoughts to myself and then I told my friends to read the book too.

Voltaire once said: “I do not agree with what you have to say, but I’ll defend to the death your right to say it.”

Which is a popular book everyone seems to love but you didn’t?

I don’t have an answer for this. I haven’t read that many philosophy texts.

Hannah Arendt — Deemed controversial even by her friends, Hannah Arendt did not shy away from telling what she thought was true.

Name a book that will leave readers uncomfortable, but tells an important story.

Definitely The Black Jacobins. I believe it should be required reading because it speaks about an important moment in history. Same too The Rape of Nanking that I mentioned earlier and also this one: 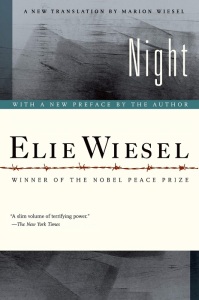 An autobiography about Wiesel’s experiences with his father in a Nazi concentration camp during the Holocaust.

“You must have chaos within you to give birth to a dancing star.” — A wonderful quote from Nietzsche out of Thus Spoke Zarathustra.

Which book do you go back to for its beautiful writing?

I’ve returned to Emerson’s essays only a handful of times, but part of the reason why his essays appealed to me is because of how well they are written and how easy they are to understand.

I’ve only read When Breath Becomes Air once, but it’s a book I’d like to return to at different points in my life. I think I’ll get something new from it each time I read it. When Breath Becomes Air is a memoir and Kalanithi was a neurosurgeon. He wrote the book shortly before he died from stage IV lung cancer. When I read it, I appreciated the book for how it’s written, for what Kalanithi shares about his life and his struggles, and for the questions it made me ponder: What makes life worth living? What makes it meaningful? What kind of life do we have if we are unable to communicate, if we have no language?

Jean-Paul Sartre raised the question, “What is literature,” in one of his books.

What is good literature for you?

For me, good literature incites thought, sometimes action, and can sometimes be revolutionary. It transports the reader. It stimulates empathy in her and either teaches her something new or reinforces something already learned or confirms something she knew/suspected.

Which book did you have to keep pushing through because you really wanted to understand it’s meaning? 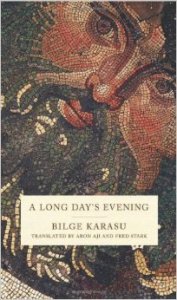 I actually gave up on it about halfway through. It’s a postmodernist novel that’s divided into 3 sections: the first 2 sections are set in the 8th-century Byzantine Empire of Leo III and focus on monks struggling with iconoclasm in Constantinople, and the last section is set in 20th century Turkey but I don’t know what it’s about because I didn’t read it.

I like the questions raised in the first 2 sections because they are about faith and religion and what makes a person faithful and why do people choose to be faithful and follow the strictures of their religion. I wanted to continue reading the book, but I struggled with the structure of the sentences. There are lots of fragments and sometimes sentences would end without punctuation, which made it difficult to read.

Which are the three philosophers you would love to sit down and have a chat with?

Umm… at this moment, none. But here are 3 philosophers whose work I’d like to read: 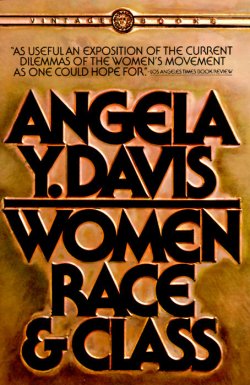 Beyond Good and Evil by Friedrich Nietzsche

If you’ve read any of the books mentioned in this tag, share your thoughts on them below.