Top 5 Wednesday is a weekly meme created by GingerReadsLainey and now managed by Sam from Thoughts on Tomes. For more information on this meme, visit the Goodreads group.

I am so excited for this topic! I like quite a few of villains; here are the ones that immediately came to mind:

Oh man! 😀 Thanos is one of my favorite villains and one of my favorite characters from the Avengers movie. I just love the tenderness and vulnerability we see in his character alongside the cruelty and violence. He’s such a complex character and I LOVE how he eases into the story. His presence is felt before he physically enters the story, which makes him seem even more magnificent, influential, and powerful. And, SPOILERS! highlight to see >> I love that he wins! We never get a superhero movie where that happens; well, I can’t recall any.

My favorite part of Infinity War, other than the part where Thor gets major character development and made me tear up, is the end when we see Thanos sitting and staring off into the distance seemingly content and peaceful. I LOVE THAT! Destroy the world for that, yes he did! Now I feel like rewatching the movie. I loved it so much. There were so many great moments.

Madam Gao!! 😀 She’s awesome and a total badass! I’m familiar with her from the Iron Fist TV show; I haven’t yet seen her in Daredevil, but I’ll get there. I like her because she’s not what viewers would usually expect of a villain, and I just love how amiable she seems while deceiving people and manipulating them. I keep wondering if she really knows all or is just that skilled a manipulator and able to easily read people. Yep, definitely one of my fav villains.

Yea, sure, she’s horrible, but I LOVE HER CHARACTER SO MUCH!!! 😀 I’m talking about Cersei in the Song of Ice & Fire books because I’m not too familiar with the show. I just love that she’s cunning and ruthless and not afraid to grab at power or use lust to manipulate men into giving her what she wants. 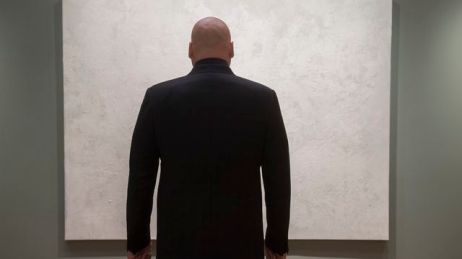 He’s from the Daredevil TV show, season 1. Oh man! He’s definitely one of my favorite villains and I can’t tell if it’s because I like the complexity in his character — he really believes he’s doing good — or because the actor does a great job portraying this character. Fisk is one of the major reasons why I liked the Daredevil TV show (the other reason being the fight scenes). I like the complexity in his character and his story.

Crowley is one of my favorite characters from the Supernatural TV show. He’s so funny! …sometimes. I like his sarcasm and love to see him interact with the guys, especially Dean. 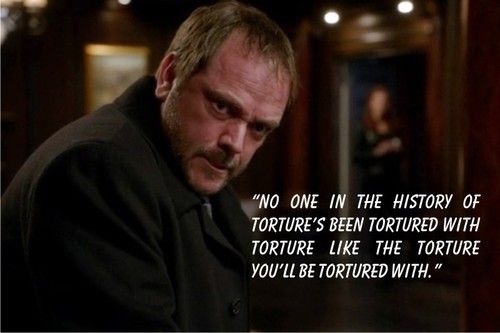 That’s it for me. Who are some of your favorite villains?