I tried Kazu Kibuishi’s Amulet series for the first time back in 2015. I was introduced to him through the Harry Potter books because he’s the illustrator of my favorite editions — the 15th anniversary editions. I love the illustrations, the scenes Kibuishi chose to highlight, and his use of color to tap into the emotion and tone of a scene or to highlight certain things. This made me want to sample more of his work, so I tried The Stonekeeper, the first book in his popular middle-grade fantasy graphic novel series.

I wasn’t blown away by The Stonekeeper, but I was interested enough to want to return to the story and, finally, I have. Recently, I reread the first book and read books two, three, and four — The Stonekeeper’s Curse, The Cloud Searchers, and The Last Council, respectively. With each installment, my interest in the story grew until I read book four and was left wanting more since I don’t have the fifth book. 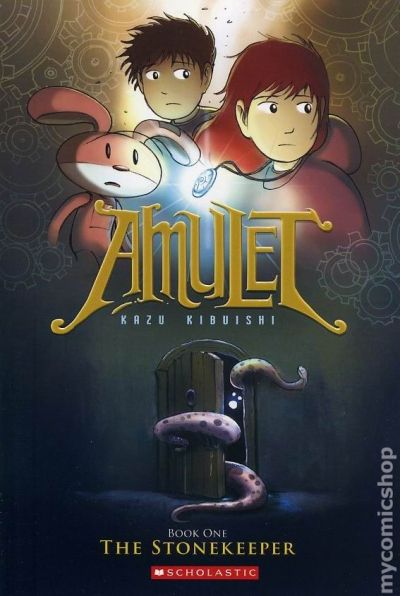 Emily and her brother Navin move to their old family home with their mom after their father died in a car crash. While fixing up the house, which is in dire need of repair, Emily and Navin find a peculiar necklace that Emily takes a liking to. One night while sleeping, the family is woken by a noise that the kids’ mom investigates. She’s kidnapped and taken to a different world where Emily and Navin encounter queer creatures such as monsters, robots, and talking animals. There, the kids learn more about their family, Emily learns about the necklace she inherited, and they make new friends who help them to rescue their mother.

As the story progresses, Emily and Navin learn that more is at stake: The world is threatened by the Elf King and it’s up to Emily, Navin, and their friends to work with those who oppose the Elf King to overthrow his rule. But to do so, they must travel to Cielis, a city in the sky that mysteriously disappeared several years ago, to meet with the city’s guardians in hopes that the guardians will help their cause. But what they find there might not be the help they seek. (Goodreads)

These graphic novels were fun reads, which was a nice break from the heavy stuff I was reading at the time. I was able to whisk through them on a lazy Saturday afternoon that I considered time well spent (though my family disagreed since chores don’t do themselves).

The story is fast paced and immediately swept me up in it. The first book is mainly setup for the larger story, which becomes more interesting with each book, however it was in the third book that my interest was really piqued because we begin to see other sides to characters once considered villains and begin to question the spirit in the necklace’s stone that guides and helps Emily. We are even given some backstory about stonekeepers in general. By the fourth book, I was sold on the story because it gains greater complexity there that excited me.

From the beginning, I liked the alternate world the story is set in. I liked the cute robots and the talking animals, which made me wonder what exactly the curse is that caused people in Kanalis to become animals; we even see one character being examined by a doctor because he was beginning to turn into a slug. (It’s not gruesome.) The world has a hint of steampunk to it what with the flying airships and other mechanical things and beings in the world. I like how Kibuishi presents all this in his illustrations. They make me want to visit there, despite the evil Elf King expanding his influence.

The only thing that fell short for me is the protagonist, Emily. She doesn’t stand out to me at all. I am instead more interested in the side characters, like her brother, Navin, the fox, Leon, the robot, Cogsley, and especially the Elf Prince because of how conflicted he is. I wonder if Emily gains more character development in the other installments. (There are eight books out now; I need to read four more to catch up.)

Because I’m so used to parents being absent when kids go off on adventures, I was surprised that Emily and Navin’s mother is included along. I liked that though I was annoyed by her that one time when she was fussing about germs and thought to myself, “That’s why parents don’t go on the adventures.” Lol! I also like Luger and the development he receives. Now, he strikes me as a grandfather figure along for the adventure. I was saddened by his loss of memory. I wonder how that will play out in the other installments. Overall, I like that it seems that Emily and Navin have gained a larger family while on this crazy adventure.

I LOVE Kazu Kibuishi’s style. It’s a bit cartoony in how faces are drawn, but mostly it has a realistic quality to it. I love the most his illustrations of buildings, cityscapes (like Cielis), and the mechanical objects and characters. I also love LOVE how color is applied to the illustrations and the two-page spreads that are often breathtaking when portraying a scene or frightful when showing a villain about to start a hunt.

Of the characters, Miskit is the cutest. I keep thinking of him as a girl, probably because he’s a pink robot. I have to keep reminding myself he’s male. I also love the expression of constant disgruntlement on Cogsley’s face and the illustration of Gabilan, who seems to exude danger. 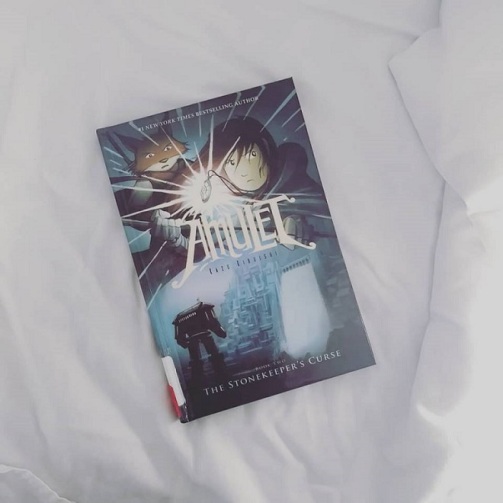 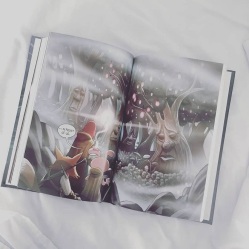 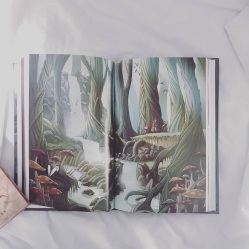 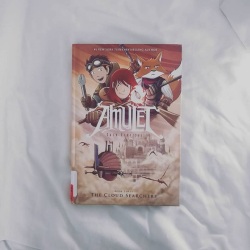 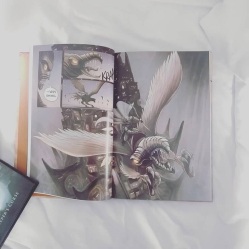 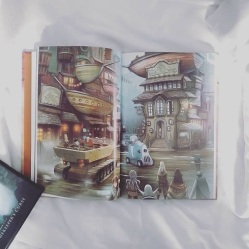 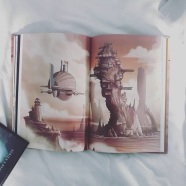 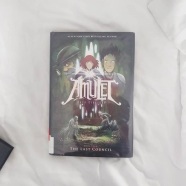 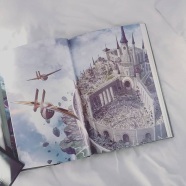 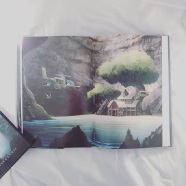 I enjoyed it and plan to pick up the other books in the series. My rating per book: