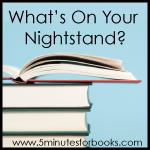 Whew! Those two months flew by quickly and were filled with many ups and downs, which have already gotten me started on my New Year resolutions. November went by so fast that I can hardly remember what I did. Thanksgiving popped up and was a fun time spent with family before a headlong spin to Christmas, which wasn’t as magical as it usually is. (I even forgot to celebrate it on my blog. 😦 ) I didn’t feel the spirit of Christmas this year. Instead, it was just another regular day and not even a great one at that. I spent it exhausted and a little aggravated. Now I’m just ready for the new year to begin.

Anyway, on a positive note, I should be back to my regular unplanned and unscheduled but pretty consistent blogging. I’ve succumbed to using a schedule since I anticipate 2019 being similar to these 2 months, so I need to schedule stuff to get them done. I hope what I have in mind works.

I didn’t get much reading done and I failed the readathon I decided to enter, but here are the few books I managed to complete:

Shadow’s Edge is the second novel in Brent Weeks’s Night Angel grimdark fantasy trilogy about a boy who becomes a notorious assassin. In Shadow’s Edge, we see Kylar learn more about his abilities as he tries to avoid succumbing to his nature to appease his girlfriend (so that he can get laid). I didn’t much like the story in this installment, or rather what was used to motivate the protagonist for most of it, but I was intrigued by the new characters and plot developments.

The Enchanted Wood by Enid Blyton is an old children’s fantasy book that contains stories about 3 sibling going off on adventures in the strange lands that appear atop the Faraway Tree. I loved these stories as a kid, but they didn’t enchant me on my reread. I probably would have DNF’ed it if my recollections of it didn’t make me nostalgic for my childhood moments spent reading these stories.

The Diviners by Libba Bray was much spookier than I anticipated. I buddy-read it with Rachel from Life of a Female Bibliophile and I quite liked it. It’s a YA paranormal, historical novel that’s set in the 1920s and is about a girl who has supernatural abilities that she eventually uses to help her uncle solve a series of murders. The story is dark but intriguing and the writing is descriptive but doesn’t bog down the story.

I’m gonna skip the Articles section. I read some stuff but not many, and I didn’t keep track of them.

I found a new podcast! 🙂 And I’m so hooked on it. It’s a weekly sci-fi and fantasy literature podcast, but they also discuss movies and other things. I enjoyed listening to them discuss the Wheel of Time books and now they are on Robin Hobb’s Farseer novels, though they’re not enjoying it much unfortunately. 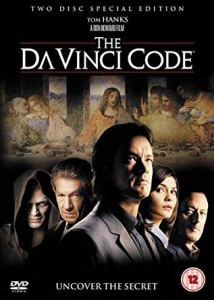 I caught the last half of this movie and it made me want to read the novel. I think I’ll make it my first read of 2019, similar to what I did this year with Angels & Demons. 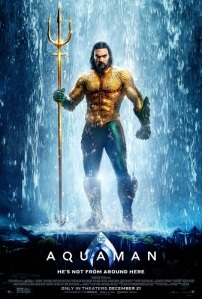 I saw it. It sucked. I fell asleep for part of it. I think the actors were good and the underwater visuals were stunning (but not very convincing because it could have easily been the deep reaches of space or something), but the story sucked and I hated the entire romance subplot. It was too damn cheesy.

That was my last 2 months. How was yours?