What’s Book Tag Week, you may or may not ask? It’s exactly as it sounds. It’s a week of only book tag posts on Zezee with Books.

I often do book tags on here but sometimes, when I’m stressed or out of ideas or out of book reviews or in a blogging slump or just feel like posting a bunch of book tags, I declare a Book Tag Week. I’m starting to think of it as a fun blogging holiday. Hmm… 🙂

There are no set dates for Book Tag Week. It pops up whenever the fancy takes me and may even last for more than a week because I feel like it should.

So, if you’re stressed, in a slump, bored, or just wanna post some book tags all week, you’re more than welcome to join in BOOK TAG WEEK with me! 😀

The Pro-Wrestling Book Tag was created by Neko Neha of the blog, BiblioNyan. She also runs a booktube channel of the same name where she posted the original version of this tag.

If you are in any way familiar with my blog, you’re probably tired of me mentioning Robin Hobb’s books. BUT the Tawney Man trilogy was the best answer I could think of for this category. It’s my favorite series, so far, by Robin Hobb. In it, Fitz and the Fool pair up again for a dangerous adventure.

Emily of Embuhlee liest (my buddy-reader for Robin Hobb’s books) and I were delighted by this trilogy within the Realm of the Elderlings series. The story is great but man, the ending…. Some parts took us by surprise. It was good and left me craving for more and worried about some characters. 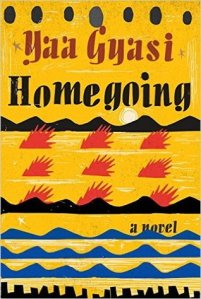 A historical fiction novel that spans 300 years as it follows the descendants of two sisters from Ghana in the 18th century who were born in different villages: one became the wife of an Englishman and the other was captured and sold into slavery.

I’ve read this book only once so far, but I consider it a timeless classic and I know I will reread it many times in the future. It’s well written and the story pulls you in immediately. I highly recommend it.

A book or book series that made you tap out (DNF)

I recently gave up on Stephen King’s The Stand, a postapocalyptic novel set in the late 1980s or early 1990s that’s about a virus that wipes out about 99% of the human race. This tome is over a thousand pages long; I gave up somewhere in the 900s. It’s a wonder that I kept reading for so long since I was frustrated with the story the entire time I read. I liked nothing about it.

A book or book series that left your jaw dropping

Definitely this nonfiction book I recently read. Bad Blood was born out of an investigative piece Carreyrou did for the Wall Street Journal. It’s about Elizabeth Holmes and the health technology startup company she founded called Theranos.

According to the book, millions of dollars were invested in the company to build a machine that could run several blood tests from a single drop of blood, but a working product was never made and many investors were deceived. I was surprised by what I read. It’s a fast read that immediately sucks you in. Highly recommend it.

A character that you love to hate

Coming at you with another Robin Hobb book — Dragon Haven is the second novel in the Rain Wild Chronicles, which is set in the Rain Wilds, a dense rain forest containing huge trees in which people build their homes and that has an acidic river flowing through it.

Thymara is one of the protagonists in this series. We are supposed to like her. I don’t because of her boy troubles and other hang ups. Ugh! Just annoying.

Probably The Strain, the first in a horror trilogy about a vampire apocalypse that begins in New York and spreads like a contagious virus. I learned of the books through the TV adaptation, which aired on FX. I enjoyed the first season and couple episodes of the second one, but eventually it went downhill. I decided to read the books to see if they are better. I’ve read the first so far and it’s good.

Because of how people transform into vampires and the vampires’ need to feed and the humans’ need to defend themselves, this story has lots of guts and gore and is quite violent, but I enjoyed it.

A character that you find most beautifully or perfectly written

Maybe Joe from You by Caroline Kepnes. You is told in second-person and is about a guy (Joe) stalking a girl he’s obsessed with. I think he’s a well-written character because he’s what kept me interested. He’s charming and compelling and creepy and scary and though you know he’s doing wrong, you end up cheering him on or sympathizing with him when you really, really don’t want to. This one makes for a great and very interesting read.

The most amazing book since sliced bread

Born to Run by Bruce Springsteen

I won’t say it’s the absolute most amazing book ever, but it’s certainly a good read and one of the best autobiographies I’ve ever read. Born to Run is the autobiography of musician Bruce Springsteen. I highly recommend it if you are a Springsteen fan (I’m not) or consider yourself a creative or artistic person in any way (I do). It was an inspiring read.

And there you have it.

I tag all those interested in doing a book tag and also Sarah at Dragons & Zombies because she loves wrestling. 🙂