This is a cop-out post. I intended to publish a post each day for these challenges but that didn’t work out, so I’ll publish them as a series of book tag posts. Yay me!! 😀 I’ll do as many as I can.

What I really should be doing is writing a book review, but ughh… I don’t wanna, so I’m doing this tag that’s not a tag. 😉

In case anyone else would like to do this book tag (that’s not an actual book tag), please credit Imyril at There’s Always Room for One More who put this challenge together for #WyrdandWonder, a month-long celebration in May of all things fantasy.

The Devourers by Indra Das

I posted my TBR for Wyrd & Wonder last month so instead I decided to feature a book from my TBR that I’m now reading. Well, I’m picking up from where I left off when I was buddy-reading this with Rachel from Life of a Female Bibliophile. I don’t think it works well for buddy-reading. We were both bored by it, but I want to try it again to see if I just wasn’t in the mood for it back then or if I really don’t like it. I hope to complete it by the end of this week.

Okay, I couldn’t think of any pirates. I tried, but nothing came to mind except that awful dude, Captain Kennit, from Robin Hobb’s Liveship Traders books; but I didn’t want to feature him for this prompt. Instead, I chose Stevenson’s Treasure Island, which has pirates in it. …I don’t remember much more than that about it. I enjoyed it when I read it though, and would like to reread it.

I love Hobb’s books, so this might not be the only time she’s mentioned in this series of posts. I did this prompt on Instagram and featured Hobb’s Realm of the Elderlings series, which is mostly composed of trilogies. The Farseer trilogy begins the story. It’s about the bastard son of a prince who becomes an apprentice to an assassin. It’s a great story that’s worth reading to see how the protagonist develops and the world expands.

Other than Harry Potter, one of the best unexpected wizards I’ve read about is Esk, who appears in Terry Pratchett’s Equal Rites, one of the many novels in the Discworld series. Basically, a wizard intended to pass on his powers to the seventh son of a seventh son but too late realizes he gave it to a girl, making her the first female wizard. Totally unexpected that!

Victory against the odds

the hand of God

It’s a spoiler. I don’t care. I don’t like Stephen King’s The Stand and felt that I wasted my time reading it. I DNF’d it a few chapters before the end and read Wikipedia to find out what happened. 😦 It was unsatisfying. 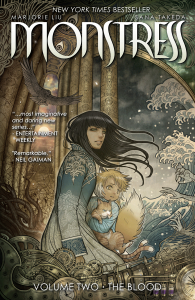 Kippa is one of my favorite characters from the Monstress comic book series. She is a fox arcanic, so half fox, and she’s so cute!! She’s also very brave, kind, and loyal. She’s what made volume 2 of the comic book such a joy to read. Well, Kippa and all the other stuff that happened made me enjoy it. 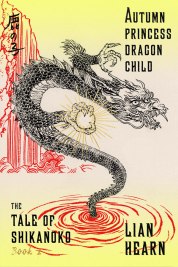 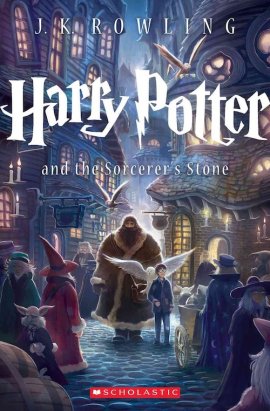 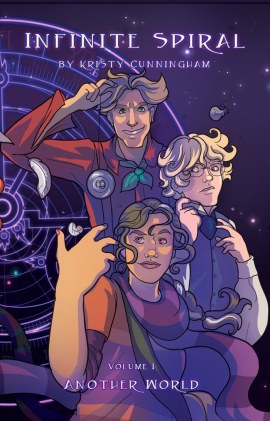 I haven’t read it yet but would like to.

Orange = A Brightness Long Ago by Guy Gavriel Kay

This was recently published. I was lucky enough to receive an ARC e-copy. I’m still reading it; it’s slow going for me because I’m not much interested in the story.

The second novel in the Tale of Shikanoko series, which I haven’t yet started.

A YA fantasy novel I’d like to read but am debating if it’s worth reading because I haven’t had good luck with YA fantasy for a while.

A novel from the Septimus Heap middle-grade fantasy series. I need to reread it. I’ve since forgotten much of the story.

Indigo = Harry Potter and the Sorcerer’s Stone by J.K. Rowling

A book I’ve reread too many times.

A comic book series that started out as a webcomic. I enjoyed it.

The Alehouse at the End of the World by Stevan Allred

I recently bought this book. I saw it at an indie bookstore and picked it up because…. I was browsing. Maybe it’s the bright cover that got me. I read a couple sentences and they made me excited to read it, so now I want to read it asap.

Beauty and the Clockwork Beast by Nancy Campbell Allen

Described as “Jane Eyre meets Beauty and the Beast,” this is a historical fiction, paranormal romance, steampunk novel set in Victorian times about a woman who visits a manor to care for her cousin and finds there more than she bargained for. It’s a good read and the audio book is great. 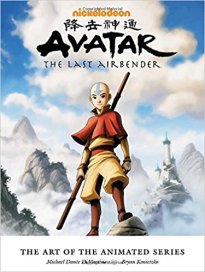 I did a whole post on this. 😀 Bending is one of my favorite magic systems. It appears in the children’s TV show Avatar: The Last Airbender, which is about a boy who learns he’s the Avatar, a respected societal figure who maintains balance in the world. Bending is the ability to manipulate the elements: air, water, fire, earth, and spirit, the last which only the avatar can manipulate. I kinda wish I was a water bender.

Kings of the Wyld was great and it’s amazing that it was Eames’s debut novel. It was fun and entertaining. It’s about a band of veteran warriors who reunite to rescue a band member’s daughter. The story is humorous in some spots. I enjoyed reading it.

I went with Mother’s Day and decided to feature one of the best moms in fantasy — Molly Weasley. She’s supportive, kind, and understanding although she can be stubborn and overprotective at times. She’s one of my favorite characters in the Harry Potter books. 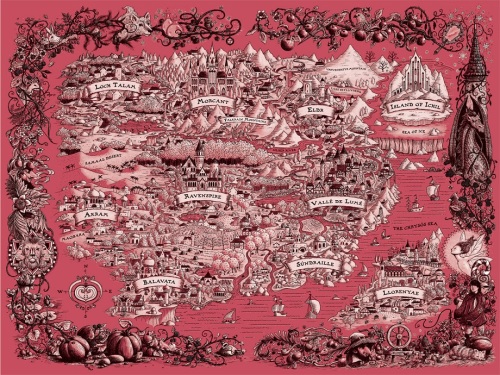 The Shadow Queen by C.J. Redwine

The map in this book is my favorite thing about it. It’s why I bought the book and why I’m tempted to get the entire series. The map appears on the endpages and it’s so beautiful! I love the illustrations. I recently read The Shadow Queen and got lucky because I liked it. It’s a YA fantasy novel inspired by the Snow White fairytale about a girl who must win back her kingdom from an evil witch.

That’s it for now. Let me know if you’ve read any of these.

Wyrd and Wonder is a month-long celebration in May of all things fantasy. To celebrate, I’ll only publish fantasy-related posts, like this one! 😊 I’m also hosting a GIVEAWAY for W&W. Click here to enter.