I’m a little too thrilled about posting these lists, a bit too excited about all these recommendations, lol.

Today’s list features the most memorable books I read in 2019. Some of these could have been favorites. Some received a higher rating than my favorites but somehow didn’t make the cut; but all have stuck with me in some way throughout the year, either because of great writing, superb storytelling, outstanding characters, or a combination of all these. I highly recommend them, in addition to my favorite reads (see my favorite books of 2019 here).

These are listed in the order I read them throughout the year. If I posted a review, I will link to it. 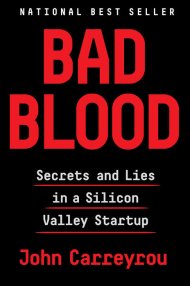 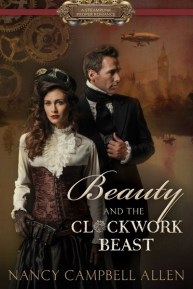 A nonfiction book about the opioid crisis. It’s such a great and timely read. I highly recommend it. The author does a great job narrating it herself. It was easy to follow along and very informative. I ended up adding a bunch of bookmarks to it in the Overdrive app.

Bad Blood: Secrets and Lies in a Silicon Valley Startup by John Carreyrou ★★★★☆ 1/2

A nonfiction book about a Silicon Valley startup called Theranos and its founder and CEO, Elizabeth Holmes, who made millions on an invention that didn’t work. This was one of the most shocking books I read in 2019. I couldn’t believe the lengths this company and its executives went to push its faulty product and to cover up its bad deeds. The writing is fast-paced and seems so sensational that it reads like a thriller.

A historical fiction novel with a hint of magical realism that’s set in 1920s Alaska and draws on the Snow Child/Snow Queen fairytales. It’s about a couple who yearns for a child and unexpectedly gets one. This was such an atmospheric read. The writing is wonderful and easily brings the setting to life for the reader. Although I didn’t love the story, I appreciated the skill that went in crafting it. I highly recommend it.

The first novel in a steampunk romance series infused with supernatural creatures. This novel is like a mashup of Jane Eyre and Beauty and the Beast. It’s about a young woman who visits an estate to care for her cousin and finds more than she bargained for there. I easily fell for this story. I loved how atmospheric the setting is and liked the plucky protagonist, Lucy Pickett, as well as the romance and mystery in the story. It was great to listen to on audio. I completed all three novels so far in the series in 2019.

The first in the Murderbot Diaries series, All Systems Red is a sci-fi novella that introduces us to the android Murderbot as it’s sent to a distant planet to protect a group of scientists. I didn’t expect to enjoy this story as much as I did. It was such an entertaining read and it’s all because of Murderbot, one of the most memorable characters I encountered in 2019. 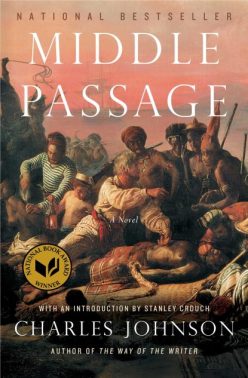 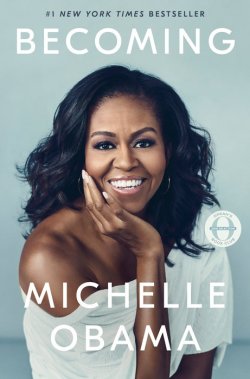 A historical fiction novel with a hint of fantasy that’s set in 1830. It’s about a newly freed slave who, when trying to escape his debtors, unwittingly hops aboard a slave in ship in New Orleans that’s bound for Africa to pick up slaves from a mysterious tribe called the Allmuseri. This was a surprising and random read. I didn’t expect the story I got, but it was great and surprisingly funny. I HIGHLY recommend it.

A middle-grade fantasy novel that hints at horror about a girl who moves to an old house with her father and brother so that her father can fix a large old clock there. This was a fun read and simply enjoyable. I look forward to reading the second book.

The former First Lady’s autobiography. It’s an inspiring and compelling account of her upbringing, education, career, raising family, and time spent in the White House. It made me appreciate her more and realize just how amazing she is.

This is one of those Audible Originals. I consider it a thriller with a touch of supernatural about an young Indian woman who’s pressured by her mom to marry. It’s hilarious! The entire story takes place through phone conversations, which I think is tricky but works well for this story.

The last novel in the Fitz and the Fool trilogy and thus the last book in the Realm of the Elderlings epic fantasy series. This was a great end to such a long series, a series I love and have been buddy-reading with Emily at Embuhleeliest for some time now. It was epic. It was great. And I’m still processing it and procrastinating on writing the review. 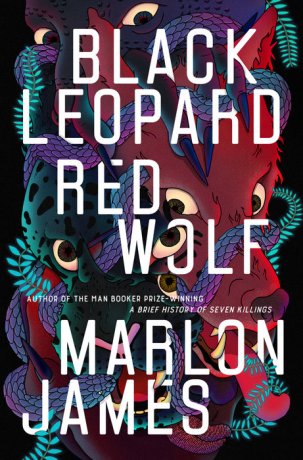 The second novel in the Diviners series, a YA supernatural, historical fiction series about a girl who can see into people’s past, which I buddy-read with Rachel at Life of a Female Bibliophile. I enjoyed this one although it scared me a bit, but I like that it touches on issues that relate to the present day. That really appealed to me.

The Colors of History: How Colors Shaped the World by Clive Gifford, illus. by Marc-Étienne Peintre ★★★★★

A children’s nonfiction book about the history of color. I had to get and read it because the cover and content reminded me so much of The Secret Lives of Color, which is one my list of favorite books (link in intro above).

My Sister, the Serial Killer by Oyinkan Braithwaite ★★★★☆

A mystery novel about a young woman who cleans up her little sister’s messes. Much as I was hooked on this story, it was also quite frustrating because of the protagonist. Still, I enjoyed it and would recommend it. It was not at all what I expected.

A first novel in a fantasy series about a young man called Tracker who’s hired with other mercenaries to find a boy. I vacillate between rating this 3.5 or 4 stars. It’s not at all what I expected, but I like how it flips certain fantasy elements and really like the writing and certain characters as well. It’s one worth reading but I wouldn’t recommend it to everyone.

That’s it for the almost favorites — the books that have stuck with me in some way after completing them.

Let me know if you’ve read any of these or what book you read in 2019 that has stuck with you throughout the year.