And here’s another roundup post of some of the books I read in 2019. I started this series by first listing my favorites, the ones that were an instant hit when I read them. Then I listed my most memorable books, the ones that have stuck with me in some way throughout the year. Now, I’ll end it with the books that were disappointing. They deserve some notice too.

Although these books were disappointing to me, they may not be so for you. A few times I’ve found gems in such lists, so I hope one or two books here will appeal to you and you’ll take a chance on them. As I compiled this list, I realized that many times my feelings of disappointment stemmed from expectation. I expected a certain thing from the story and when I didn’t receive it, I felt disappointed with the overall book. Most times, this is the case for the disappointment; however there a few times when a story is just horrible. I’ll try to include some positivity in my brief descriptions/reviews below.

These are listed in the order I read them throughout the year. If I posted a review, I will link to it. 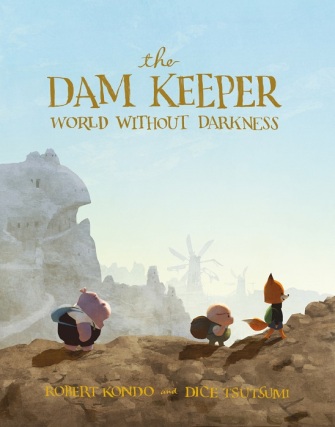 An postapocalyptic horror novel about a flu epidemic that kills almost everyone; those left are caught up in a battle between good and evil. I really wanted to like this novel because I liked the TV mini-series adaptation. The story is interesting, but I lost patience with it and DNF’d it. It was meandering and the female characters were all annoying. I did not at all like how they were portrayed.

A middle-grade fantasy novel about a girl who enters the world behind paintings to help a boy. I liked how this story incorporates art and art history, but it was so boring, I couldn’t bear it and skimmed the few pages to the end. It’s probably the most boring book I read in 2019.

This is the second book in the middle-grade fantasy comic book series, Dam Keeper, about a pig who operates the dam that keeps a deadly fog at bay. I liked the first book. The story is interesting and I like the art, but this one was a bit weak. There wasn’t much plot or character development to keep me interested.

A book of short stories about an unnamed narrator using drugs. It’s a small, short book (about 200 pages) that contains several stories. They are very well written, but I didn’t like them. I couldn’t get into them. The stream-of-consciousness method does not work for me at all. It always makes me feel confused. 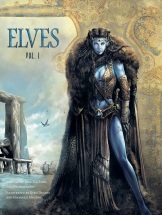 The first in a fantasy comic book series about different kinds of elves and their relationship with other entities in their world, like humans. It was disappointing because it wasn’t as impressive as I thought it would be. The story is okay, but I loved the illustrations.

The first volume in a new comic book series of the Marvel universe about a super genius Black girl who befriends a dinosaur. I thought this would be fun and I would love it, but it was as boring as Behind the Canvas, and the protagonist wasn’t very convincing at being a genius. The only things I liked were the illustrations.

A sci-fi classic about earth being visited by an alien race of higher intelligence that has “plans” for humans to evolve. I liked the TV mini-series adaptation, but not so much the novel. It didn’t appeal to me in any way. However, Clarke presents some interesting topics and concepts that made me think that this would be a good book to discuss with others.

The first novel in a middle-grade fantasy series about the young years of the famous wizard Merlin. I enjoyed this book as a kid, so I buddy-reread it with Millie at Milliebot Reads. Neither of us liked it this time. It was almost as boring as Behind the Canvas and Moon Girl and Devil Dinosaur. I liked how it mixes in bits of history and mythology, but the characters were unappealing and the plot wasn’t very interesting. 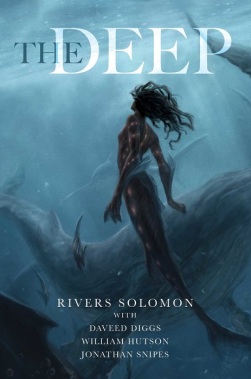 The second novel in the Strain trilogy, a horror novel about a vampire apocalypse that begins in New York City. I enjoyed the first book, but the narration in this one didn’t work for me.

A fantasy novella that spins a tale about what happens to pregnant slave women who were thrown overboard slave ships. Everyone loves this story and I thought I would too, but I didn’t. It’s mostly because it wasn’t what I expected, but also the protagonist annoyed me. I was tempted to DNF it. The story is interesting and I like the mythology in it about the drowned slaves.

A children’s picture book that includes life lessons. I like the illustrations but didn’t like the story. The life lessons are things you hear all the time so I didn’t see what’s so special about placing them in this book. I was also very cynical when I read it. On the flip side, I can see people turning to this when they need something quick and inspiring to keep them going.

And…that’s it for the disappointing books of 2019.

Let me know if you’ve read any of these and what you thought of them.