When putting this list together, I realized that the types of books that tend to give me a hangover are those with either a really engrossing story or world or one with really good writing. After reading such books, I tend to take FOREVER to write the review or move on to another book either because I’m intimidated by all the thoughts and feelings I have about the story or because I want to keep the memory of the story as current as possible before moving on to something else.

I have here 7 books that gave me a book hangover. I just selected a few and stopped when I had to go do something else. That’s how I ended up with 7.

This is a stand-in for all of Robin Hobb’s Realm of the Elderlings series books. Every one of those books gave me a book hangover. The writing is detailed, the world is interesting and expansive, and oh man! The story will have your emotions all over the place. My buddy-reader, Emily of Embuhleeliest, and I often took a break between books just to get the recently completed book out our system before moving on to the next one.

Above is the third novel in the Liveship Traders trilogy, which is about a town whose economy is based on trading, which the people do using ships that are alive — Liveships — they can actually talk and move independently.

Marlon James is one of my favorite authors. This is the second book by him I’ve read and it gave me such a hangover that I’ve yet to review it. It’s a fantasy novel that includes some aspects of African myths and folklore and is about a man called Tracker talking about his adventure when searching for a boy who he admits has died. The story is difficult to read both because of the writing style and the abundance of violent acts in it. I had to push myself to continue with it for the first 100 pages but after that, the narrative flowed better. Hopefully, I’ll get the review out soon.

Another fantasy novel but this time by an Italian author who translated the story to English himself. It’s his first book in English. The story is set in southern Italy and is about four friends who made a pact after high school to meet up in their hometown once every year but this time, one of them is missing. The story is about the three guys searching for their missing friend. The fantasy in it is subtle, which makes me think that it’s up to the reader to decide whether it is a fantasy novel or not. I love the prose, which is my favorite thing about the book and what set off my reading hangover. I just wanted to savor the descriptions I’d read before moving on.

The Other Boleyn Girl by Philippa Gregory

I had a book hangover after the first time I read The Other Boleyn Girl. I think it’s because of how I read the book. I read it voraciously. I read it like someone dying of thirst and the book was the only bottle of water I’d drunk in a long time. I read it as if I’d never read a book again. I read it obsessively. I was using the book to distract myself from other things at the time, so I sought to engross myself in its world and block out my own. By the end, I felt drunk on the story and had such a long-lasting hangover that it was years before I could bear trying to reread it. I finally managed to do so by audiobook in 2018. About 10 years later.

The Shape of Water by Guillermo del Toro & Daniel Kraus

This is one of my favorite books. I watched the show first and was beyond happy when I saw that the creators published a book version of it. It’s a magical realism, historical fiction novel about a woman who falls in love with an amphibious man, and it’s so well written. That’s what I love about it — the prose, the descriptions, the words. I was so wrapped up in it that I’d read some parts aloud. This too was another one I wanted to savor before moving on to something else. 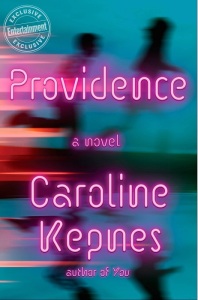 Because of the TV show on Netflix, many are familiar with Kepnes’s first novel You and possibly its sequel, Hidden Bodies, but I haven’t heard many people talk about her third novel Providence. It came out in 2018, and it’s really good. The story is inspired by one of H.P. Lovecraft’s stories and is about a boy who gets kidnapped and returns years later with special abilities that he believes negatively affects those close to him. This realization causes him to take actions that fractures his relationship with his best friend and possible true love.

My description of the story doesn’t do it justice but, like You, the story is well written, propulsive, and engrossing, and the character voices are distinct and strong and tend to remain with you long after completing the book. This was another one I read obsessively. I couldn’t break from it. I had to know how it would all end. I was so engrossed in the story that when it ended I felt as if I finally surfaced after a deep dive. I had to take a breather before moving on to the next book. 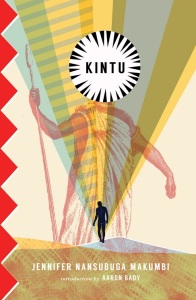 Kintu is an amazing novel that strongly reminded me of One Hundred Years of Solitude by Gabriel Garcia Marquez as I read. It’s a magical realism, historical fiction novel set in Uganda about the cursed bloodline of the Kintu clan. The story is expansive and so well written. The plot is slow, but even so, I took my time with it to fully appreciate the skill that went into creating this story. I admired it as I read and was almost speechless by the end that I couldn’t write a decent review of it.