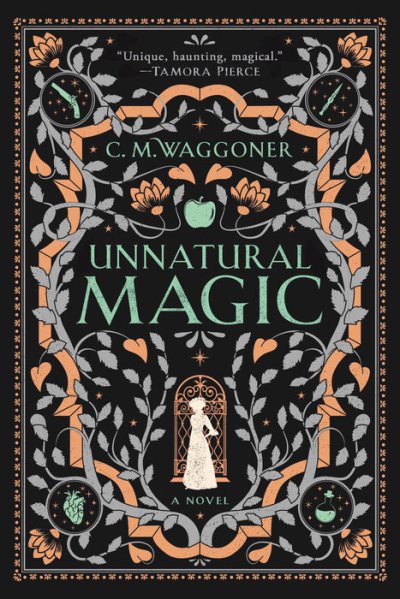 I bought this book the moment I saw it in the bookstore. The cover called to me. I try to avoid such impulse purchases because it’s not guaranteed that I’ll like the book, but some covers can’t be denied and, for me, this was one such cover.

I buddy-read it in February with Millie at Milliebot Reads and, luckily, ended up liking the story a lot. We both did.

Onna can write the parameters of a spell faster than any of the young men in her village school. But despite her incredible abilities, she’s denied a place at the nation’s premier arcane academy. Undaunted, she sails to the bustling city-state of Hexos, hoping to find a place at a university where they don’t think there’s anything untoward about providing a woman with a magical education. But as soon as Onna arrives, she’s drawn into the mysterious murder of four trolls.

Tsira is a troll who never quite fit into her clan, despite being the leader’s daughter. She decides to strike out on her own and look for work in a human city, but on her way she stumbles upon the body of a half-dead human soldier in the snow. As she slowly nurses him back to health, an unlikely bond forms between them, one that is tested when an unknown mage makes an attempt on Tsira’s life. Soon, unbeknownst to each other, Onna and Tsira both begin devoting their considerable talents to finding out who is targeting trolls, before their homeland is torn apart… (Goodreads)

Much as I enjoyed reading this book, I find it hard to describe it in a way that would entice others to read it too. I tried doing so at the bookstore I work at part-time (shortly before everything closed due to the coronavirus), but I think I made the story sound dull to a customer and tried to make up for it by saying “But it’s really good. Read it!!” So, for this post I took the easy way out and just included the summary from Goodreads above and leave it at that. As for my other thoughts on the story…

It’s slow-paced, but I didn’t mind it because I liked the characters. Onna, one of the protagonists, stood out to me from the beginning and I liked her character arc the most by the end. She’s an intelligent young woman who’s very adept at the magic in this world, which is very technical and seems to have a mathematical basis. Because her society doesn’t allow her to pursue her interest in magic, she strikes out for a new land, Hexos, to see if she can attain her goals there instead. I liked her character development throughout the story as we see her become more confident and comfortable with who she is. However, some of her parts that take place in Hexos seemed a bit hurried. I thought she would have spent more time getting used to the city and her new position before being pulled into the mystery subplot.

Tsira and Jeckran, the other main characters, were also appealing. Tsira is a troll and Jeckran is a human man. In this world, humans and trolls live in separate communities but in some cities, like in Hexos, they mingle. However, relations between humans and trolls aren’t always peaceful. Actually, the mystery subplot centers on a series of murdered trolls by human wizards. Tsira and Jeckran are trying to find out who’s behind the murders and later Onna is drawn onto case too. However, when Tsira and Jeckran first met, the two were at odds. Actually, Tsira was being her awesome self while human society’s assumptions about trolls made Jeckran very wary. I enjoyed seeing how their relationship develops to become a strong bond by the novel’s end.

Other than the characters, I also liked the variety of cultures and people and the complexity of the magic in this world. The religion also interested me. However, I’d love to know more about the world and am hoping Waggoner will write more books set in this world to strengthen its worldbuilding and share more about its magic system. I also like how Waggoner plays with genre roles among the trolls and humans, especially in the romantic relationships, so I’d love to see more of that too.

Because the cover is so pretty.

“Prettiness is lent to you by youth; attractiveness is purchased by experience.”