😮 I can’t believe it’s been over a month since I’ve done a book tag!

But here’s one to get my blog back on track. I might even do a book tag week soon to really set things to right.

Anyway, I found the Stay at Home Book Tag over on Half Wild Books and decided to do it because it’s so fitting for what we’re all experiencing at the moment. It was created by booktuber Princess of Paperbacks.

Laying in Bed: a book you could/have read in a day

Laying in bed is one thing I’ve been enjoying about having to stay home. My bed feels so good in the morning when I have to get up. It feels extra good on Monday mornings.

The Wilful Princess and the Piebald Prince by Robin Hobb

I’m so used to Hobb’s thick tomes that I was surprised at how short this book is. Yes, I know novellas are short but I was still surprised that such few pages were used to tell a story about the Farseers. I’m just not used to such a thing.

The Wilful Princess and the Piebald Prince is a prequel to the Realm of the Elderlings epic fantasy series, which begins with the Farseer trilogy of which Assassin’s Apprentice is the first book. This novella tells how the Wit, a form a magic that allows people to bond with animals, became a taboo ability in the Farseer realm. It’s a really good read that’s very well written and will leave you wanting more. I suggest reading it after completing all the books in the Realm of the Elderlings series, or at least after completing the Farseer trilogy and the Tawney Man trilogy.

I actually haven’t been snacking as much as I thought I would, probably because there aren’t many snacks in the house.

The Book with No Pictures by B.J. Novak

I’m showing The Book with No Pictures because I recently read it and now consider it a favorite. It has no pictures, in case that’s not clear, but I enjoyed reading it aloud. Now I wish there was a kid in the house to read it to. I guess I’ll read it to my 20+-year-old brother.

Netflix: a series you want to start

I haven’t been watching much Netflix either. I think it’s because of the OWLs Magical Readathon. I’ve been reading more. 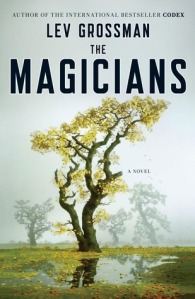 The Magicians by Lev Grossman

I really enjoy the TV show, which seems to have started back but I only noticed a night or so ago, so I’ve missed EVERYTHING! I can’t believe it started back and I didn’t know. I’m so upset.

Anyway, I love the TV show and would like to read the book to see in what ways the two are similar or different.

Deep Clean: a book that’s been on your TBR for ages

I did a big cleaning last weekend. I finished cleaning up my shelves and everything. Next, I’ll tackle my closet: clothes and shoes, you’re next!

In my defense, I did try to read this book shortly after getting it. I was on a bus travelling home after visiting NYC, but I kept falling asleep after every few words. I can’t remember if it was because I was bored or sleepy.

Animal Crossing: a book you recently bought because of hype

It seems that EVERYONE’s playing Animal Crossing, but I’m sticking to my Sims Freeplay for now. 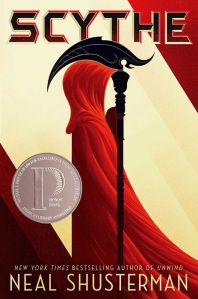 It’s the first novel in a YA sci-fi series. Many people have told me they enjoy it, so I bought it. I got curious, plus I’ve never tried Shusterman’s work before.

Productivity: a book you learnt or had an impact on you

I haven’t been as productive as I thought I’d be. I’m actually doing a lot of work since working from home makes me take less notice of how much time has passed. 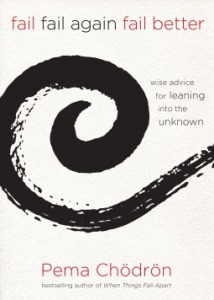 I read this book at the perfect time. It made me realize that I was being too hard on myself after failing at something I’d attempted and that my negative internal dialogue was not helping me move on. It was a really good, very motivating read.

Fail, Fail Again, Fail Better is actually a commencement speech Chödrön, a Buddhist nun, gave in 2014 at her granddaughter’s graduation from the University of Boulder in Colorado. It’s a short book, but you can probably find a video of the speech somewhere online.

Facetime: a book you were gifted

I haven’t done a lot of this, except to sometimes say hi to family far away who I haven’t seen in FOREVER.

The Fox and the Star by Coralie Bickford-Smith (illus.)

I used a gift card I got for my birthday to purchase it, so I consider it a gift. 🙂 It’s an illustrated children’s that I wanted to get for some time now because I love Bickford-Smith’s work. These books she creates are so beautiful. I also own her The Worm and the Bird, which also has a gorgeous cover.

Self-Care: What is one thing you have done recently to look after yourself?

I’m just taking it easy and trying not to stress. For now, I do what I want to do when I want to do it and not think too much about corona taking over the world.

Hollowpox: The Hunt for Morrigan Crow by Jessica Townsend

It’s the third novel in the Nevermoor series, a middle-grade fantasy series that makes me nostalgic about the first time I read the Harry Potter books. I really enjoy the story, but I don’t like the covers, which is why I don’t own any copies yet.

Well, that’s it for this tag.
Hope y’all are all staying safe.