Ah, May. It started off good and was going pretty great, but then things went downhill with the news toward the end.

Despite working from home during the corona crisis, I still crave taking some time off. I just want to check out for a few weeks and go somewhere far removed from current society. I need a break. A break from the current news cycle and the crazy shit going on right now.

You know what? My May was going pretty well. The highest point came on the second-to-last weekend in the month when hip-hop artists Swizz Beatz and Timbaland hosted a Verzuz battle on Instagram featuring two of the most popular Jamaican dancehall artists, Beenie Man and Bounty Killa. That event made my day. It brightened my month even more and brought so much joy to me that I thought the month would end on a high note. But no.

I woke up the following Tuesday to learn that yet again a White woman falsely accused a Black man of a crime and called the police on him. Luckily, he wasn’t killed. I’m speaking of the incident in Central Park between Christian Cooper, an avid bird watcher who asked a woman (Amy Cooper, no relation) to place her dog on a leash, as the park requires. The interaction escalated to Amy threatening to call the police, claiming that she will say an African American man is threatening her life and then proceeding to do so.

Considering how things are in the U.S. for Black people when police gets involved, I saw this as a threat on Christian’s life. He could have died because it’s hardly ever the case that a White woman (or other White person) accuse a Black man (or other Black person) of something and get the police involved and the police shows up and listens to what the Black person has to say or doesn’t shoot first and try to figure out what happened later. I was so angry when I learned of this incident. I know Amy’s life has been upended because the video of the incident went viral, but…she threatened the dude’s life! I keep wondering what would have happened if she’d gotten her way and all this wasn’t caught on video. Christian would have unnecesarily lost his life, which brings me to the next incident that angered me this month —

George Floyd’s death. The video was uncomfortable to watch and it made me so angry. I don’t see how it’s okay to kneel on someone’s neck much less kneel there for over 8 minutes while the person is already lying face down! How is that okay? How is it okay to disregard his complaints that he can’t breathe?? How is this okay?! 😠

So yes, people protest. The protests are needed. I don’t support looting and rioting, but a low part of me thinks that such extremes quickly captures and holds the nation’s attention regarding this issue — police brutality against Black people. But I’m tired of listening to the news, especially as the news cycle tries to shift focus more to the looting and rioting (which they find more exciting) than peaceful protests and the event (events, actually, because the protests and such is a reaction to ALL such events of police killing Black people and not being penalized for it and the nation not changing its system to prevent such occurrences) that led to them. I’m also appalled at Trump’s response to all this. Appalled and a bit terrified.

So corona is sliding away from attention, but it sure hasn’t forgotten us and I’m still worried about it. Many people aren’t adhering to social distancing guidelines. Some White people are still trying to accuse Black people of shit to stick the police on them. Police still killing Black people for no damn reason (how the fuck did the police dude not notice George lost consciousness?? How could he continue kneeling on his neck after that??). People are frustrated about all these things and are in an uproar and are trying to peacefully protest while others are rioting and looting. Trump is a dumb-ass who only keeps escalating situations. And I’m here worried about every damn thing while trying to keep it together.

So that’s how May ended and June started.

If you read all that, thanks.

But let’s talk about something else.

Reading was a struggle this month. The highlight here was the Wyrd & Wonder month-long celebration of all things fantasy hosted by Imyril, Lisa, and Jorie. The readalong book for the event was the best thing I read this month. I only completed four books:

Drowned Country by Emily Tesh is the sequel to her novella, Silver in the Wood. It’s a fantasy novella that will be published on August 18. It focuses on Silver following what happens to him by the end of the first book. I’ll post a review soonish. I really like it and prefer it to the first book because it’s more…chatty.

I completed rereading The Dragon Reborn by Robert Jordan. I had such a hard time getting through this book that this will be the last time I reread it for a VERY long time. I was so BORED! The only exciting part was the battle at the end. I ended up switching to the audiobook to get through it. It’s the third novel in the Wheel of Time series about three farm boys who are essential to saving the world.

I’m rereading Robin Hobb’s books by audio and I completed Mad Ship, narrated by Anne Flosnik, this month. It’s the second novel in the Liveship Traders trilogy, which is part of the larger Realm of the Elderlings epic fantasy series. The Liveship Traders books are about a merchant family whose liveship (a ship that is alive) gets stolen. It’s just as interesting as the first time I read it but, man, these books are heavy. Lots of emotions.

And the best book I read this month was The Goblin Emperor by Katherine Addison. It’s also a fantasy novel but it’s filled with lots of court intrigue. It’s about a young half-goblin, the fourth son of the emperor and the most unlikely to ascend the throne, who suddenly becomes ruler of the kingdom. It’s so good! I’m already looking forward to rereading it.

(I avoided reading longform, critical pieces. The following are short news articles I want to have on my blog.)

8 Minutes and 46 Seconds: How George Floyd Was Killed in Police Custody (nytimes.com)

“It was literally an effort to criminalize being a black man in America.” — NYC Mayor Bill de Blasio

Why Amy Cooper’s Use of ‘African-American’ Stung (nytimes.com)

Investigating the Story of the Rolling Calf (therumration.wordpress.com)

— I had to share this post from the Rum Ration, a blog all about rum… 🙂 It’s about a supernatural entity called the Rolling Calf that my grandmother and many others told me stories of as a kid. I was scared of it. My parents where scared of it too when they were kids. They actually were talking about it and laughing about their kiddie fears a couple days ago.

— To celebrate Wyrd & Wonder, Akylina listed five fantasy short stories. I want to read a couple of them.

— Another post for Wyrd & Wonder: Jenna recommends 35 middle-grade fantasy novels. I enjoy MG fantasy and am looking forward to reading some of these.

Batman Comics that Every Bat-Fan Must Read – Comic Recommendations (biblionyan.com)

— More recommendations: The Biblionyan lists lots of Batman comic books to dig into. 😀

Judging a Book by Its Cover: The Atlas of Classic Tales (milliebotreads.com)

— Millie featured a book from my collection for her Judging a Book by Its Cover post, which admires and praises beautifully designed books.

— A blogging highlight in May: I started my bookshelf tour! 😀

Six Degrees of Fantasy Separation: Lord of the Rings to the Oddling Prince

— I’ve very proud of this post because I thought it’d be difficult, lol. It’s a book tag.

Several discussion posts about The Goblin Emperor. They are filled with lots of spoilers.

— I’m SO looking forward to this virtual convention hosted by Tor. All the sessions will be great, but I’m especially looking forward to Neil Gaiman speaking with V.E. Schwab on June 12, and Cory Doctorow and Nnedi Okorafor in conversation on June 14. 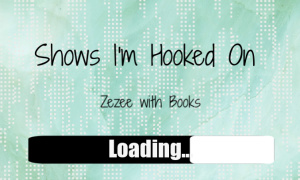 I watched things that made me happy in May.

It’s on Netflix, and I’m so happy for that. I love this show and missed the characters, especially the cabbage man. He’s one of the best. 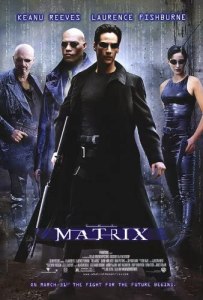 I needed something to watch while doing my hair and it was on Netflix. It had been so long since I’d seen it, and I enjoyed it just as much.

That’s it for my May.

How are you holding up?