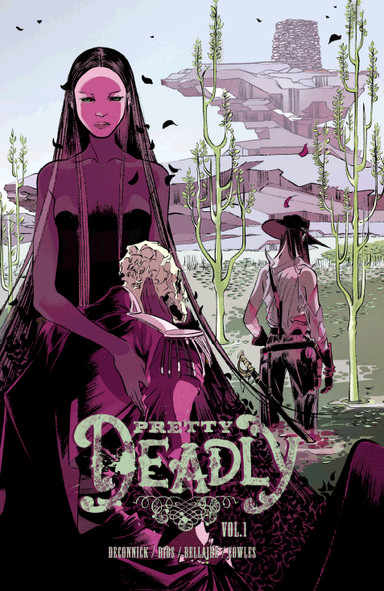 Kelly Sue DeConnick (Avengers Assemble, Captain Marvel) and Emma Rios (Dr. Strange, Osborn) present the collected opening arc of their surprise-hit series that marries the magical realism of Sandman with the western brutality of Preacher. Death’s daughter rides the wind on a horse made of smoke and her face bears the skull marks of her father. Her origin story is a tale of retribution as beautifully lush as it is unflinchingly savage. (Goodreads)

It’s probably when the first volume of this comic book was published that I started getting into comics (I can’t clearly remember what year it was now) because I remember that this comic book was highly recommended to me back then. Whenever I told seller at a comic book shop owner that I wanted something that’s fantasy and featured badass female characters, they’d tell me to pick this up, but I avoided it because I wasn’t crazy about the art.

I’m not into the story either. I guess I should have been more patient with it, but it was hard at first to understand what exactly was going on, so I was often confused and frustrated that I was confused. Once I understood, I began to like the hint of fairytale and myth in it. It made me think of Beauty and the Beast and Hades and Persephone; I assume that those stories were probably influences. I also admired and liked that the story is a Western and works in the harshness of the land and how justice is meted out. I think that was the most surprising part, that the story is a Western.

But unfortunately, the story didn’t appeal to me enough to make me want to continue with it. I mean, by the end of this volume I was still a little confused but wasn’t interested in finding out more.

As I mentioned above, I’m not a big fan. There is just too much heavy use of black ink, it seems. But there are some elements I liked, such as the variety of panels and how they are used.

I’m sure the story is great, but neither it nor the illustrations worked for me.

I think it is worth checking out, especially if you’d like to try a fantasy story featuring death as a character that’s possibly inspired by Greek myths, has some fairytale influences, and takes place in a Western-inspired setting. 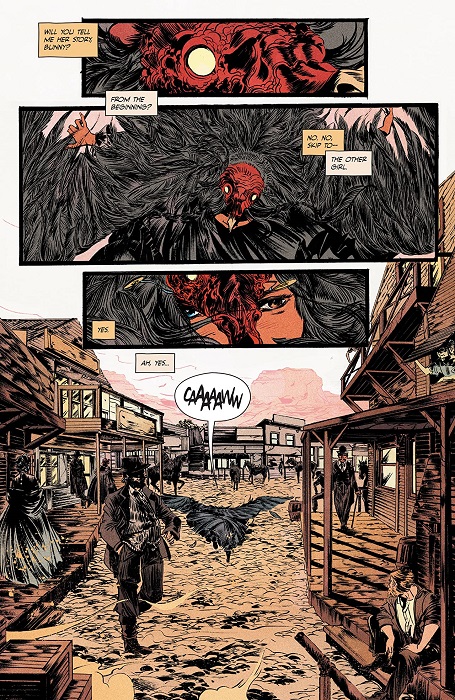