There is an assumption in publishing (and in Hollywood, actually) that books by Black authors aren’t universal, that they won’t appeal to a wide (White) audience. I recently read two articles that touch on this topic (one on LitHub and another on Tor.com) and they reminded me of a blog post by notable sci-fi author N.K. Jemisin that I read a couple years ago on why she doesn’t want her books to be placed in the African American section of bookstores and libraries. I reread Jemisin’s blog post this morning and although it was published a decade ago, back in March 2010, it still applies today.

To me, it’s recently, within the past year or so, that publishing increased its promotion of books by Black authors somewhat. I may be wrong on the timeframe, but up until then, whenever I saw a recently published novel by a Black author, they were often pushed toward Black audiences only, unlike books by White authors that were promoted to everyone, regardless of race, because of their “wide” appeal.

This ethnocentric aspect of the publishing system — thinking books about Black people and experiences will appeal only to Black audiences while books about White characters will work for everyone — is another example of how ingrained racism and prejudice is in society. To me, this imbalance in book promotion is more clearly seen with romance/women’s fiction novels (novels that are often called “chick lit”) and children’s picture books. (Lol, yea… those categories are at opposite ends of the spectrum, but that’s what I get for using personal experience as evidence.)

If I see an advertisement for a romance or women’s fiction (“chick lit”) novel, 99.8% of the time it’s a novel by a White author. When I walk into a bookstore, such books by White authors are more prominently featured. I bet if I asked, you could easily name a few by White authors: Me Before You by Jojo Moyes (2012), The Hating Game by Sally Thorne (2016), The Rosie Project by Graeme Simsion (2013), Where’d You Go Bernadette by Maria Semple (2012), The Unhoneymooners by Christina Lauren (2019). 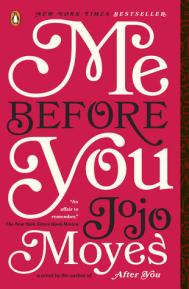 However, you have to search to find such books by Black authors because they aren’t as highly advertised or prominently featured. Well, before the stronger push for police reform, equality, and Black Lives Matter protests in 2020 that caused many to show support by listing books by Black authors, they weren’t as easy to find because it was assumed that such books don’t have universal appeal.

However, if you do a Google search now, you will be inundated by lists of books by Black authors no matter the genre. (They are just popping out of the woodworks everywhere!) And if you enter a bookstore (those that are reopening depending on the area’s corona numbers), they are pointed out on shelves. There might even be a whole bookcase or table containing a variety of books by Black authors as part of a promotion to show support for Black Lives Matter and help White people with their anti-racism reading.

It’s the same with children’s picture books. You are much more likely to have seen advertised or prominently displayed in bookstores picture books that are by White authors or are centered on White characters or animals. If you don’t believe me, check out the data from Lee & Low on the types of children’s picture books published. (Here are all the posts on Lee & Low about this data, but also check this School Library Journal post that compares data from 2018 to 2015.)

Rocket Says Look Up! by Nathan Bryon, illus. by Dapo Adeola (2019), Schomburg: The Man Who Built a Library by Carole Boston Weatherford, illus. by Eric Velásquez (2017), Mae Among the Stars by Roda Ahmed, illus. by Stasia Burrington (2018), Grandpa Cacao: A Tale of Chocolate, from Farm to Family by Elizabeth Zunon (illus.) (2019), Parker Looks Up: An Extraordinary Moment by Parker Curry & Jessica Curry, illus. by Brittany Jackson (2019). 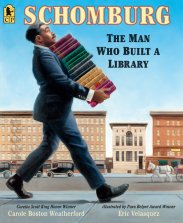 So, the point I’m trying to make here is that there is inequality in publishing regarding how authors’ books are promoted, especially books by authors of color, which was much discussed on Twitter a few weeks ago when the hashtag #PublishingPaidMe went viral.

Publishing needs to do better. We all need to do better. Reading books about how to be an anti-racist helps but so too is reading a novel or watching a movie or show that’s centered on Black people or other people of color. We need to get away from the ingrained assumption that White means universal. 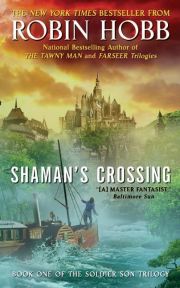 Tristan Strong Punches a Hole in the Sky by Kwame Mbalia

I’m nearing the end of this book. I’m enjoying it, but I wish it was faster paced.

It’s the first novel in her Soldier Son trilogy and, of course, I’m buddy-reading it with Emily at Embuhleeliest, my buddy-reader in all things Hobb. So far, we both really like it. I am loving the world building and Hobb’s writing and character developments so far. It all makes me so happy. I can already tell this trilogy will be really good.

I’m reading this for a work book club. I’m only a few pages in, but I really like the writing so far. Is it kinda inspired by Snow White? For some reason, I keep thinking that.

The Belles by Dhonielle Clayton

I’m buddy-reading this with Rachel at Life of a Female Bibliophile. I’m a couple pages in and am interested in the story, but the writing took a while to get used to. It’s descriptive, which I typically like, but the flow of it was a bit choppy as if forcing to be descriptive.

The Lost Book of Adana Moreau by Michael Zapata

I was so eager to read this book earlier this year, but I set it aside when I got into a reading slump. I plan to return to it after completing Tristan Strong.

Well, how are you?

What have you been reading lately?

19 thoughts on “Weekend Reads #106: On the Assumption That White Means Universal”