September has come and gone leaving autumn in its wake.

I’m happy to see the leaves change, to finally be able to rock my boots and scarves, but I’m going to miss the warm weather, although I didn’t spend much time in it this year.

Ha! September. I tried my best to spend some time enjoying myself and doing stuff I love since this year is intent on being shit, so I visited a couple friends, bought a couple stuff, went for walks, and even managed to do two of my favorite things: randomly walk around D.C. and see an art exhibit.

The exhibit was at Artechouse, which produces exhibits that merges art with technology to create an immersive experience for its patrons. I loved the exhibit I saw. It was called “Hanami: Beyond the Blooms” and featured work by Yuko Shimizu, whose illustrations I love. I became familiar with her work from the book covers she designed, which are all very detailed and colorful. She designed the covers of the Tensorate novella series by J.Y. Yang and the Tale of Shikanoko series by Lian Hearn. (I discuss some of the covers she has designed here and reviewed two of the Tensorate novellas here and here.)

The exhibit featured several of Shimizu’s illustrations that patrons could interact with: a pond of flowers that float away when we move our hand above the water — it was like causing a disturbance in the water to make the flowers float away. There was a large room with several screens where we could watch Shimizu’s illustrations move in time with music. As you walk closer to the art, a reflection (I guess) of yourself would appear in the animation depending on its theme; so in one there were heaps of cherry blossom blooms that I thought had a strange humanoid appearance until I realized they were a reflection of me in the art. My favorite in this room showed waves rising higher and higher as the music (mostly drums it sounded like) become more intense.

Since I didn’t get to see the cherry blossoms this year, it was wonderful to experience them through this exhibit. I walked through a beautifully decorated corridor full of cherry blossoms to a room where… I don’t even know how to describe it. There were mirrors and a couple screens and as you get closer to it and move, the screen projects lights and shapes that mirror your movement. It was awesome. I also has a fun time in the room full of drums with two drums in the middle for patrons to beat on. The more and faster your thump the drums, the brighter the room gets. It was wonderful and will probably be the best thing I’ve done this year. (Check my IG for photos and videos of the exhibit: here, here, and here.)

Other than that, I had a wonderful time seeing friends, admiring buildings in D.C., randomly finding myself in the middle of a protest regarding the ruling in Breonna Taylor’s case (I didn’t realize there’d be a protest that day and was aimlessly walking around until I saw a bunch of police), seeing my family back home enjoy themselves while celebrating my grandmother’s birthday, and taking too many photos of the cat.

I also watched the farce that was the presidential debate and could not believe my eyes and ears. If all this wasn’t so serious, I’d find it all very funny. 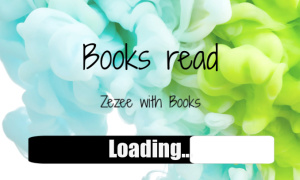 The first book I completed in September was a reread of The Golden Fool by Robin Hobb via audiobook, which was narrated by James Langton. It’s the second novel in the Tawney Man trilogy, which is a subseries in the Realm of the Elderlings fantasy series, and it is my favorite of Hobb’s books. I just really love this one.

I also read When Life Gives You Mangoes by Kereen Getten, a middle grade contemporary novel about a girl named Clara, who lives in a small village in Jamaica. The story is about Clara struggling to remember what happened last summer. I liked the story, loved the setting (of course), and was surprised by the plot twist, which made me rethink several scenes. The novel will be published on October 20.

Tony DiTerlizzi came out with a new book — Kenny & the Book of Beasts, the second book in the Kenny & the Dragon series. A friend loaned me a copy of both books, so I read Kenny & the Dragon first but didn’t like it. It’s middle grade fantasy about a young rabbit named Kenny who makes friends with a dragon. I think it’ll appeal to the age group it’s geared toward, but I thought it was boring, unfortunately. However, I liked DiTerlizzi’s illustrations.

Although it’s a reread, I still got swept up in the anticipation and all the emotions one feels when reading Robin Hobb’s books for the first time, so I immediately started Fool’s Fate shortly after completing The Golden Fool and finished it in a few days, lol. Fool’s Fate is the last book in the Tawney Man trilogy and, oh man, it’s still SO good and left me hoping Hobb will write more books in the Realm of the Elderlings series. I listened to the audiobook, which is narrated by James Langton (random thought >> whenever I see this narrator’s name, it makes me want to go read one of Dan Brown’s Robert Langdon books, lol).

I read majority Robin Hobb books in September, lol. I also completed Forest Mage, the second novel in Hobb’s Soldier Son trilogy, which is a fantasy series about a young man who believes his destiny is to serve as a soldier in the king’s army. It’s hard to quickly state what it’s about. Anyway, the story is well written and well told, but I didn’t like it as much as the first book because of the protagonist’s indecisions and all the torture he endures. 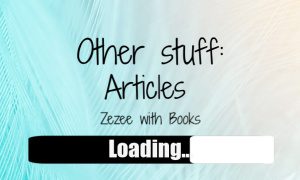 I didn’t read any longform articles in September.

— Resh Susan recommends some bookish podcasts to check out.

— Fadwa discusses the benefits and drawbacks of both platforms.

Ready to get Spooktastic? (onemore.org)

— The Wyrd & Wonder crew is hosting a laid-back reading event to celebrate Halloween. Check out the announcement and then grab your scary, thrilling reads to join in!

— The Wyrd & Wonder crew will host a monthlong celebration of all things sci-fi in November (check out the announcement here) and will also run a readalong for Golden Witchbreed by Mary Gentle.

— Since I love doing book tags and have done many of them, I created a page listing them all in case anyone is looking for tags to do.

— A review of a manga I read about a Japanese bookseller that was very relatable.

— The Wyrd & Wonder crew hosted a readalong in September for Kushiel’s Dart by Jacqueline Carey, a fantasy novel. I participated and even created discussion questions for the third week of the readalong! 🙂 Warning >> spoilers for the chapters indicated.

— I haven’t been listening to many podcasts, but I got caught up on RedStarReviews’ episodes. He discusses mostly sci-fi and fantasy novels. Here are his links: Stitcher | Instagram | Twitter 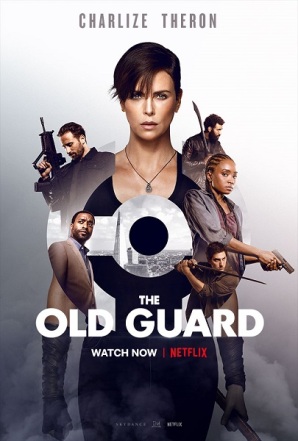 — I’m all caught up on Schitt’s Creek and am waiting on season 6, or whatever season comes next. I love the show so much. It’s so entertaining, and I really like how the characters develop throughout it. Moira and David are my favorites. 😀
— I completed my rewatch of Avatar: the Last Airbender, so I’ll watch Avatar Korra next. I wonder if I’ll like it more this time.
— I watch Supernatural whenever I can’t think of something to watch. Now I’m watching episodes I haven’t seen before. I forgot what season I’m on, but it’s when all the angels are thrown out of heaven.

— Everyone’s been talking about this. I liked it. I thought it was good, not superb and make me scream about it everywhere, but really good and makes me want to see more. I love Charlize Theron in action flicks. She’s so badass.

THAT’S IT FOR MY September.