Can you believe it? We’re already a month into 2021 and already the year is shaping up to be one for MAJOR changes. 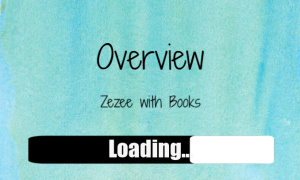 Typically, by the end of the month, one would say that it has flown by. And that’s usually the case for me too. Time always seems to be speeding off somewhere. But that wasn’t the case with January 2021 for me. It plodded along at a snail’s pace.

I guess the reason why that was my reality is because I was eager to start making progress on my goals. I remember checking my progress on a few of them in mid-January and wondering to myself why I’m not further along with them. Then I remembered that the year had just started and I needed to stop rushing myself. Lol, smh. I need to cool down a bit.

Overall, January was a good month for me. I was in high reading spirits and read a bunch and even watched more movies and TV shows than I typically do. And, despite the political upheavals at the beginning of the year, things seem to be turning toward a brighter, more positive future — or, so I hope. I did begin the year stressed, anxious, and worried, but although I am still worried due to corona and the havoc it’s wreaking on people’s lives, I am a bit less stressed because now the country has a competent leader in office. It’s one less thing to worry about until elections roll around again.

But, anyway, let’s focus on the positive and check out what I read in January.

The first thing I completed was Renegade’s Magic by Robin Hobb. It’s the third novel in the Soldier Son trilogy, a fantasy story about a young man who believes he is destined to become a soldier but gets caught up in some magic that alters his destiny. I buddy-read this with Emily and Embuhleeliest. The majority of it was a slog for me with a few interesting moments at certain points. I think I liked the end the most.

I picked up The Secret Lives of Church Ladies by Deesha Philyaw next to read in time for a local book club. I was so proud of myself to read it before the book club met but ended up missing the meeting due to work. Oh well. It’s a book of short stories that center on the lives and experiences of Black women. It’s very well written and snarky and just a good read.

I then read The Conductors by Nicole Glover — a fantasy novel that is mostly set shortly after the Civil War and focuses on a Black female character who worked as a conductor on the Underground Railroad. It was a compelling read that centered around a mystery, but I think it has some pacing problems and the worldbuilding was a bit weak. The novel will be pubbed on March 2.

My hold at the library came through, and I was finally able to read Get a Life, Chloe Brown by Talia Hibbert, which EVERYONE has been raving about. It’s the first in a contemporary romance series and is about a chronically ill young woman who makes a list of things she wants to do to insert some excitement in her life. It’s an enemies-to-lovers story that won me over. It was funny, and I liked it.

Then I got in the mood for comics and read Lady S., Vol. 1: Here’s to Suzie by Jean Van Hamme, illus. by Philippe Aymond and transl. from the French by Jerome Saincantin. It’s a mystery comic book that was first published in Belgium, I believe. It’s about a young woman whose past and unique talents causes her to be blackmailed into becoming a spy in a diplomatic environment. The story was interesting but had a lot more dialogue and not as much action as I expected.

I also read Dragon Age, Vol. 1: The Silent Grove by David Gaider & Alexander Freed, illus. by Chad Hardin. It’s a fantasy comic book that a friend recently told me is based on a video game. This first volume wasn’t as compelling as I thought it would be, but my friend was so passionate in telling me about the game that now I want to play it. (If only gaming consoles weren’t so expensive. Jeez!)

I also listened to an audiobook in January — Wrapped Up in You by Talia Hibbert, narr. by Selina Scott-Bennin & Philip Batley. It’s a Christmas romance novella about a young man who’s a movie star returning to his hometown in the U.K. to profess his love to his childhood friend. I didn’t like this. The characters were too stuck in their heads, the plot didn’t seem to progress much, and I didn’t like the audiobook narrators.

I didn’t read any articles this month. I’ll have to figure out how to fit them in my schedule because I usually read them while at work — there was a time of day when things got dull and I’d quickly read an article — but now that I work from home, I can’t seem to fit them in. 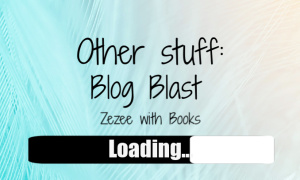 — I just love this interview series Resh has going that focuses on the writing craft. In this one, she speaks with Dharini Bhaskar, author of These, Our Bodies, Possessed by Light. I connect with much that Bhaskar shares in the interview, like what she says about seeking stories —

“I think each of us seeks stories—sometimes through gossip, sometimes by eavesdropping, and sometimes by sinking into books… It is what unites us—this desire to clutch on to tales. I believe writers are simply more aware of the process…”

and especially what she says about the stories families tell themselves —

“Every family holds onto a certain number of myths, beliefs and lies, even if they don’t call them that. This is really what keeps a family together because there’s no other way these opposing tendencies — conservative families with firebrand elements; predictable families with secret lives unfolding in them — can co-exist otherwise and also breed stability.”

— I LOVE these sorts of books, and I love cottages too. I had to include this so I’ll remember to check out some of the books Eustacia listed.

— Mayri shares a few of her favorite vintage sci-fi cover art. Artists include Richard Powers, Leo and Diane Dillon, and Bruce Pennington. I really dig posts like these that focus on book cover art.

— Eustacia shares her collection of tea cups. They are so adorable and delicate and… just beautiful! Looking at them reminded me of my childhood because my aunt had lots of pretty teacups that we never drank out of, lol!

Some STUFF I PUBBED

This is from CNBC Make It. It features former Apple intern Angela Guzman, who helped to create many of the company’s original emojis. 😀 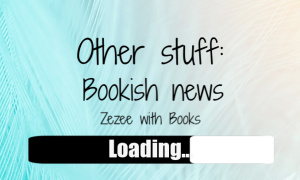 — Dickey was one of the first Black romance/Black urban fiction authors I read. He passed on January 3 in Los Angeles.

— This is becoming something I do every year… it’s a never-ending cycle that prevents me from moving past the fifth book of Robert Jordan’s Wheel of Time series. Basically, I find a new Wheel of Time podcast to listen to, I get excited about the series again, I decide to reread books 1-5, then I read a few pages into book 6 before stopping, putting the book down for a few months, and starting the cycle all over again.

— Anyway, I’m currently hooked on this Wheel of Time podcast. I believe it’s a husband and wife team. I like their recaps and analysis of the chapters — although I don’t always agree with what they say. For example, they are HUGE Nynaeve fans and… I’m not. I like Egwene but… they don’t. Still, I’m enjoying their podcasts and am sad that they’ve discontinued it. (I see that there’s an episode where they state this; I haven’t gotten there yet.)

I watched SO many things in January. I don’t know what came over me.

Like everyone else, I binged on Bridgerton. I was so hooked that I finished it all in one sitting. I loved the story, the acting, and the costumes. The queen and Lady Danbury are my favorites. My eyes immediately zoom to them whenever they are on screen. I’ve had many interesting conversations about the show, especially concerning its controversial scene, and am looking forward to trying the book soon.

I was also hooked on The Boys, season 2. It blew my mind! 😉 And I can’t wait to see what happens next. I’m now halfway through season 6 of Schitt’s Creek and am still going with Big Sky. It has me hooked.

It’s pretty easy for me to get hooked on action shows featuring a bad-ass female lead, and that’s what happened with Peppermint. Although, considering all that’s going on in the country at the moment, I wasn’t too enthused about another show featuring a White lead beating up a bunch of minority baddies, but… eh.

Sweet Magnolias is one of those sweet southern shows set in a small-town neighborhood with houses you’d see on HGTV or something, which means I was immediately hooked. It was my palate cleanser after The Boys. Dumplin’ was fun — never read the book; don’t think I will. And I’ve been holding off on Cargo until I couldn’t resist anymore. It wasn’t the best zombie show I’ve seen, but it wasn’t the worst either. And Dead Zone was not at all what I thought it would be. I still need to read the book. (I used the book cover above because I’m too lazy too look up the movie poster.)

Day of the Dead: Bloodline

Day of the Dead: Bloodline is probably the worst zombie movie I’ve ever seen. I can’t believe I watched it all the way to the end. I kept yelling at the characters, especially the protagonist, the entire time. It sucked. Ugh! I don’t like it.

These are all favorites I had a fun time rewatching in January. Knives Out was just as good as the first time I saw it. 28 Days Later was just as compelling. Ninja Assassin lost some of its charm since the third time I watched it (this is my fourth or fifth viewing), but I still love it and was hooked on all the fight scenes. And Million Dollar Listing New York, season 1 is still very entertaining and always makes me feel like shopping after I see it, lol!

Soo… that was January for me.

How have you been? What have you seen/read lately? Anything good?