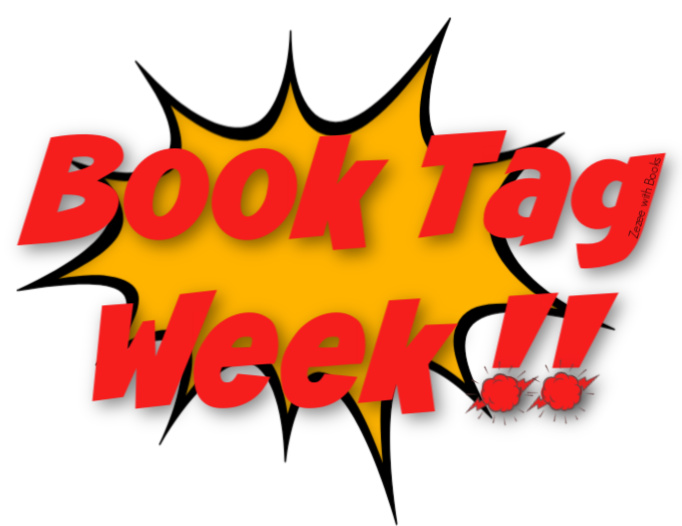 This time, as a throwback to my childhood, I’ve decided to do the Spyro Book Tag, which was created by Tânia at My Lovely Secret. I found the tag over on Kristin Kraves Books a couple years ago and knew I had to do it one day. I loved the Spyro the Dragon video game as a kid, although I sucked at it. Still, it was fun and it’s centered on a dragon, and I love dragons!

Well, enough reminiscing. To the tag!

Lol! This one certainly has unforgettable heroes. Kings of the Wyld is a fantasy novel about veteran heroes who decided to get back into the adventuring game to save the daughter of one of its members. It’s a very entertaining read filled with many humorous moments.

I read it for a Tome Topple readathon and whisked through it quickly because of how hooked I was. It’s the first in a grimdark fantasy trilogy about a street urchin who becomes an apprentice to the most notorious assassin in the world. I wish there were more books in it. I really liked reading about the bad-assery of the protagonist and his teacher.

Both of these had recent redone covers that I HATE. I’m not showing them here, by the way. I see no point in showing those covers on my blog. Actually, now that I think of it, the style of the Goblin Emperor redesigned cover is very similar to the Wheel of Times ones: bland and uninteresting. I much rather the original covers, shown above, (I’m not sure if that’s the original for the first WOT book). They aren’t flashy or the best, but I prefer them to the new covers.

Both are fantasy books. Goblin Emperor is a standalone fantasy novel about a young half-goblin who suddenly becomes emperor of his father’s elvish kingdom, and the Eye of the World is the first in an extensive series about three farm boys who are destined to help save the world. Both are good reads, but Goblin Emperor is one of my favorites.

In Search of Lost Dragons by Elian Black’more (illus.) and Carine-M (illus.)

Well, Saphira from Christopher Paolini’s Inheritance Cycle books (which begins with Eragon) used to be my favorite dragon until I reread it after encountering the dragons in Robin Hobb’s books, which made me realize that Saphira is often treated like a servant by Eragon. I would have chosen a dragon from one of Hobb’s books (I mean, Heeby is sweet), but they are all assholes. So, instead, I’ve chosen one of my favorite books about dragons.

In Search of Lost Dragons is a fantasy book. It’s not a novel and, to me, not fully a graphic novel either. It’s structured to resemble a journal and has several beautiful illustrations and documents in it. It’s about a reporter who’s traveling through Europe and Asia to document the existence of dragons. I love it for the illustrations; there isn’t much else to the plot. 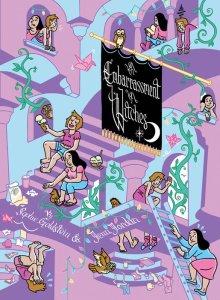 An Embarrassment of Witches by Sophie Goldstein (illus.) & Jenn Jordan

Oh, there are several. Of course, Hogwarts is one of them. Who wouldn’t want to visit that famous magical boarding school? Recently, Discworld has become one of those fantasy worlds I’d love to visit. It’s a flat world that rests on the back of four elephants that stand atop an enormous turtle that’s flying through space. It’s a VERY interesting place.

The Shire from J.R.R. Tolkien’s The Hobbit is another place I’d love to visit. Everyone wants to go where the elves are, but I think the Shire would be more relaxing and fun. The only elves I’d like to visit would be those wood elves. I’d also love to visit Nevermoor, although we’re still learning about it. But the more I learn, the more I want to know. And I’d love to visit the world that the YA graphic novel An Embarrassment of Witches is set in. It’s by Sophie Goldstein (illus.) and Jenn Jordan, and the impression I get is that it’s a lot like our world except with lots of magic and fantastic creatures. 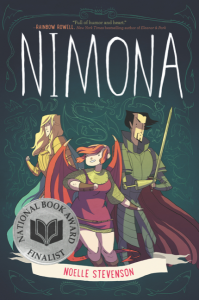 I had to choose Nimona for this because it’s a favorite, although I never expected to like it. I held out on reading it because of all the buzz it was getting. I really thought I wouldn’t like it, but the story snuck up on me and made me love it.

It’s a YA fantasy comic book about a shapeshifter girl who becomes a sidekick for a notorious supervillain. It’s sweet and also quite funny.

Prince Regal from the Farseer trilogy

I swear I was trying to do this without mentioning a Robin Hobb book, but, OH MY GOSH! Prince Regal, Kyle, Kennit! I HATE THEM ALL! Ugh! Hate them. They are SO frustrating and I wanted them to die a painful death.

The category is pretty open-ended, so I chose a novel that’s about a witch who’s Black, since we hardly get those. Black Witch Magic is actually a romance novel with a hint of fantasy. It’s set in a small New England town and is about Selene Blackstone, a moon witch whose family is cursed. Aiden, a sarcastic co-host of a paranormal show, wants to investigate the Blackstone family but ends up falling for Selene.

It’s a fun, quick read that also involves some supernatural investigations in addition to the romance. Many people like it, but I didn’t feel it as much as those other readers did. 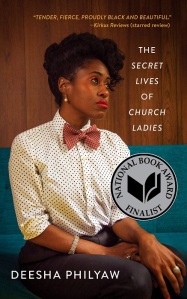 The Secret Lives of Church Ladies by Deesha Philyaw

There are several strong female characters in Philyaw’s book of short stories about Black women forging their own way through the world despite the limitations placed on them. It’s a great read that I highly recommend. It’s short, and the snarky tone makes it entertaining in some spots.

It’s the third book in the Tea Dragon series, which is a middle grade fantasy graphic novel series about a society of people who care for miniature dragons that grow tea leaves from their horns. This one will be out in June, and I can’t wait!!

And so ends this book tag that brought me back to my childhood.

If you like video games or are a fantasy fan or like dragons (who doesn’t), then I tag you!!