I’m behind on review posts and I want to post something but am not in the mood to do a review post, so… It’s time for a handy-dandy book tag!! AND I’m actually doing one I was tagged for! Yeahie!! 😀

I was tagged by the wonderful orange fur ball that is the Orangutan Librarian, whose blog I HIGHLY recommend.

The tag was created by booktuber Catalyst Reads, but it seems that the channel was deleted so I don’t have a link.

Which trope(s) in books annoy you the most?

It will always be the love triangle, which is one of the reasons why I didn’t like the two books I read in Maas’s series.

Another one is the easily angered, selfish protagonist who’s so caught up in their own story that they place everyone else at risk. Usually this is the character we are supposed to cheer on and who supposedly cares for their friends yet tends to throw themself and everyone else in danger to satisfy their own need, whether it’s to gain a bit of information about their past or their abilities. These days such characters frustrate me so much that I might end up disliking whatever it is I am reading or watching. I’m currently thinking of Bloom from the Netflix TV show Fate: the Winx Saga.

Which writer(s) do you think is overrated/overhyped?

The Fault in Our Stars by John Green

The Other Black Girl by Zakiya Dalila Harris

What are your least favorite books you’ve read since you started blogging?

The City of Bones by Cassandra Clare

The Boy, the Horse, the Fox and the Mole by Charlie Mackesy (illus.)

Four of them are above, but two others are The City of Bones by Cassandra Clare, which I was actually surprised didn’t work for me because I was really into YA books back then, and The Boy, the Horse, the Fox and the Mole by Charlie Mackesy, which is another one I think is overhyped.

What is a terrible ending that ruined an otherwise quality book? 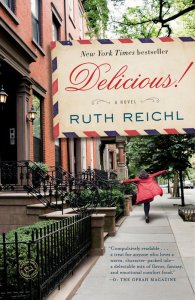 Well, I wouldn’t say it was a quality book, but the rushed ending was one of various reasons why I gave this one a low rating. I did enjoy it at first, though. It’s a contemporary novel about a young woman who moves to NYC to work at a food magazine.

Which fictional character(s) do you wish was not killed off?

Harry Potter and the Half-Blood Prince by J.K. Rowling

There are three Buckkeep characters from Robin Hobb’s Realm of the Elderlings books that I wish hadn’t been killed off because I want their stories to just keep going and going.

And there are two from the Harry Potter series — Dumbledore and Sirius — who I wish hadn’t died. I mean, I understand why Dumbledore had to go, but I wish Sirius could have stuck around.

What are some of your bookish pet peeves?

I can only think of them when I notice them, but a big one is changing the covers of books in a series or not having a cohesive design for the books in a series. I also dislike movie/TV adaptation covers. Pointless prologues are annoying because I think it’s important to read the prologue and epilogue but I hate feeling like I’m wasting my time doing so. I also hate that in the U.S. they often first publish the book as a hardback and then in trade paperback. If the hardback sells well, they take FOREVER to publish the book in trade paperback. Why can’t they do trade paperback first and then people can order the hardback if they like?

What are some books you think should have more recognition?

Why Is the Penis Shaped Like That: And Other Reflections on Being Human by Jesse Bering

The first two are nonfiction books. Bering is an evolutionary psychologist and the book dives into human evolution, reproduction, and behavior as well as several taboo topics. It’s a very interesting read. Thunder & Lightning is about the weather, and I learned loads from it. I highly recommend it. And Middle Passage is a historical fiction novel with a hint of fantasy about a freed Black man stowing away on a slave ship that’s bound for Africa.

What are your thoughts on censorship and banning books?

Who do you tag?

If you’re reading this…

43 thoughts on “No Disclaimers Book Tag”