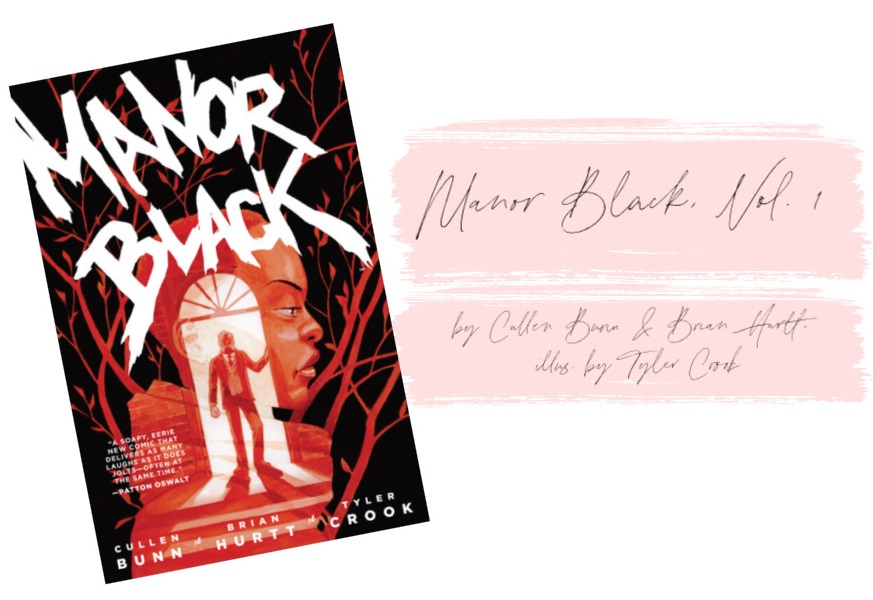 Here’s another comic book I read for Wyrd & Wonder waaay back in May. I think it was on the recommendations shelf of the comic bookshop I frequent, and it was that and the synopsis that got me interested. 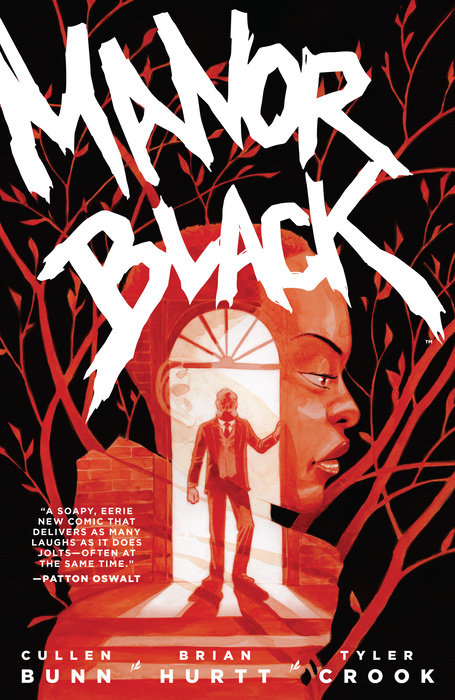 From the creators of Harrow County and The Sixth Gun comes this gothic horror fantasy about a family of sorcerers in crisis.

Roman Black is the moribund patriarch of a family of powerful sorcerers. As his wicked and corrupt children fight over who will take the reins of Manor Black and representative of the black arts, Roman adopts a young mage who he gifts his powers to with the hope that someone good will take his place against the evil forces out to bring down his family and legacy. (Goodreads)

Because this is a story about magicians, I went in thinking it was solely fantasy-based, despite the horror vibe the cover gives off what with the black and red colors and the style of the typography for the title, which makes me think of slasher films.