The Magical Readathon is back everyone!

The readathon was initially inspired by the Harry Potter books, but the creator — G, a booktuber who runs Book Roast — has moved away from them due to comments J.K. Rowling made regarding the trans community. But now the readathon is back and better than ever because G created her own world and magic systems for the readathon.

(Click here for the video where G gives all the details about the readathon and shares the files for it. G created the readathon — the world, lore, magic systems, all that stuff. She commissioned Lisa, who did the art for Orilium Academy below.) 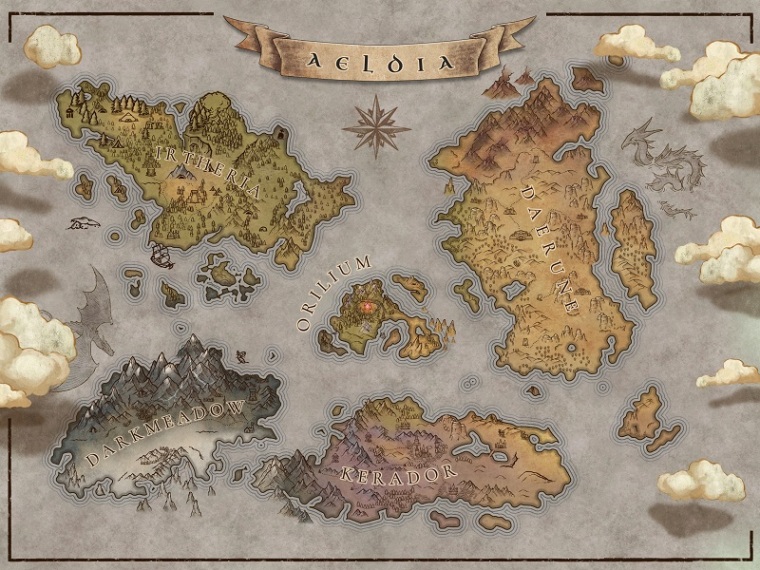 The readathon is now based on a planet called Aeldia that contains 4 continents — Irtheria, Darkmeadow, Kerador, and Daerune — that are populated by humans, elves, earthlings, iltrians, skaimorns, and dwarves, as well as demons and dragons and other creatures. When sorcerers reach a certain age, they are compelled to journey to Orilium Academy to further their studies, a journey called the Novice Path.

For this part of the readathon, we will all follow the Novice Path to Orilium Academy.

(For details on all this, see the Book Roast video linked above.)

The readathon begins with the Novice Path, a monthlong readathon where participants must complete at least 2 prompts by midnight on September 30 to succeed. Only one book may be used for each prompt. Next year, we will move on to the next part of the readathon where we begin our studies at Orilium Academy.

My plan is to complete all the prompts, which is why I’ve included a book and a comic book/picture book in my TBR for each prompt below. However, it’s HIGHLY possible that I will not stick to this TBR. (I think of this as my character taking shortcuts to get to Orilium because lord knows she’s not walking ALL the way there! Btw, check out my character at the end.)

Novice Path Entrance: Read a book with a map.

A Storm of Swords by George R.R. Martin (ASOIF, book 3)
Megalopolis and the Visitor From Outer Space by Cléa Dieudonné (illus.)

Ashtorn Tree: A book that keeps tempting you (or top of your TBR)

Under the Pendulum Sun by Jeannette Ng
The Park Bench by Christophe Chaboute (illus.), transl. by Ivanka Hahnenberger

Mist of Solitude: Read a standalone.

The Beautiful Ones by Silvia Moreno-Garcia
Mystery Society by Steve Niles, illus. by Fiona Staples

Ruin of the Skye: Read a book featuring ghosts/haunted house or other supernatural elements.

My Heart Is a Chainsaw by Stephen Graham Jones
Locke & Key, Vol. 1: Welcome to Lovecraft by Joe Hill, illus. by Gabriel Rodriguez

Obsidian Falls: Read a thriller or a mystery book.

Keeper of the Lost Cities by Shannon Messenger (Keeper of Lost Cities, book 1)
An Unkindness of Ravens by Dan Panosian, illus. by Marianna Ignazzi

Here’s another thing that’s got me excited about this readathon: WE GET TO CREATE A CHARACTER!! Actually, I believe we can create as many characters as we like (if you are able to read that many books in time).

We have until April 2022 to create our character(s). If you prefer, you can include the prompts and readings for the character creation in the September readathon, or you can spread them out over the months until April 2022. I’ve decided to do the latter. I may even create a second character. But for now, here’s what I got:

Urban: Book set in a city or town

Kerador: Read a book from an ongoing series.

Before They Are Hanged by Joe Abercrombie (First Law, book 2)

Elf: Moon or stars on the cover or in the title
Human: Read a contemporary/nonfiction book.

The Fox and the Star by Coralie Bickford-Smith (illus.)
Killers of the Flower Moon: The Osage Murders and the Birth of the FBI by David Grann

I haven’t yet thought of a name for my character (maybe I’ll call her Zezee), but she’s from a great city on Kerador, which I think of as the party continent, lol. When I was reading through the descriptions of the population types, I immediately decided my character would be human, but I also like how mystical the elves are, so she’s half-elf, half-human.

Well, I’m putting this together kind of late, one the first day of the readathon, actually, so I’m not exactly prepared for it. Although I plan to complete all the prompts for the Novice Path, I am happy that I only need to complete 2 to succeed because it’s possible that I won’t get as much done as I’d like — being unprepared and all. But I am excited to get started on the Novice Path to Orilium!

Will I see you on the Novice Path too?

Zezee has
read 40 books toward
her goal of
50 books.