It’s been a while since I’ve done a Top Ten Tuesday post, but I didn’t want to past up the opportunity to make this one fantasy related in honor of Wyrd & Wonder, a monthlong celebration of all things fantasy.

So here are 10 bookish characters from fantasy books. 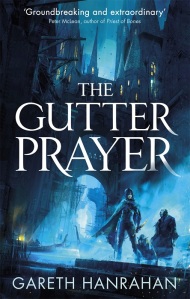 Eladora from The Gutter Prayer by Gareth Hanrahan

The Gutter Prayer is basically about a country at war against it gods and how the protagonist — a young woman named Carillion — and her friends get caught up in the conflict between those who want the gods to return and those who want to get rid of them permanently. Eladora is Carillion’s cousin and a scholar. She knows much about Guerdon, the story’s setting, and its gods. In part of the story, she spends the entire day at the library researching the gods. I don’t think she noticed how much time had passed until the library started to close. (Review of the Gutter Prayer)