It’s the last day of Wyrd & Wonder, the monthlong celebration of all things fantasy, and here I am with the second book tag I’m doing for it. I really thought I’d have done more for the event but… Making plans this year is just not the move.

I’m doing the Charmed Book Tag, which was created by booktuber Just Me & My Books. This is perfect for me. I was a huge fan of the Charmed TV show as a kid and still enjoy watching it whenever it’s on, although now I think some parts of it are quite cheesy, but it’s still entertaining and a pretty good show.

In this night and in this hour, I call upon the ancient powers. Bring your power to we sisters three. We want the power.

Give us the power: A book or series that started you off on the magical journey of reading 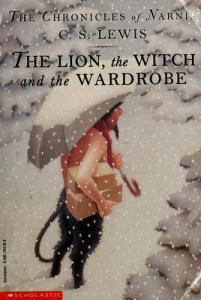 The Lion, the Witch, and the Wardrobe by C.S. Lewis

This classic children’s fantasy novel is one of the books that started me on my journey toward becoming a fan of fantasy. I just loved the feeling of wonder I got while reading and kept hoping that I too would wander into a new world through my wardrobe.

Halliwell Manor: A house/place/world you’d want to live in 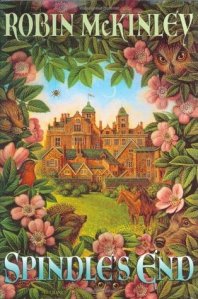 Well, I wouldn’t exactly want to live there, but I would like to visit the world in Spindle’s End to experience a place where magic is so saturated in everything that even the kettle sometimes talk and people have to hire a fairy to set it back aright. It’s one of the things I love about this YA fantasy, Sleeping Beauty retelling.

Maika from the Monstress series by Marjorie Liu, illus. by Sana Takeda

I think Maika would be a kickass female lead even without the ability of the monster inside her. If you haven’t yet tried this comic books series, I strongly urge you to. It has strong high fantasy vibes and is about a young woman (Maika) trying to learn about her past, parents, and the mysterious, monstrous power inside her. 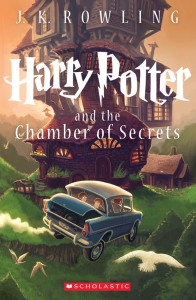 Molly Weasley from the Harry Potter series by J.K. Rowling

She’s the only character who came to mind.

Bayaz from the First Law trilogy by Joe Abercrombie

I just want to know what Bayaz is up to. I don’t trust the dude one bit. The First Law trilogy is grimdark fantasy that follows several characters who are all involved in a pending war in some way.

Paige Matthews: A series you were late to the party on

Definitely the Fables comic book series, which is about various creatures and characters from fairytales and folklores living in exile in New York after a threatening presence took over their homelands. I read the first volume and loved it and was mad at myself for not starting on it sooner.

Leo Wyatt: A book or series that you turn to for a pick me up

Nevermoor: The Trials of Morrigan Crow by Jessica Townsend

Well, last year, the Nevermoor series became such books for me as I suffered through a serious bout of reading slump. Often likened to the Harry Potter books, the Nevermoor series has a similar flavor. It’s middle grade fantasy about a girl who everyone believes is unlucky until she gets whisked off to a new world where she learns she has a special ability.

Demons: A book or series that has a big following that you didn’t really like

It’s the only series that came to mind. I tried the first two books but didn’t enjoy the story, characters, or world enough to continue past that. It’s YA fantasy.

Forever Charmed: A book or series with the perfect ending 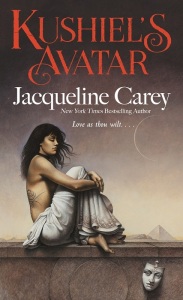 It’s the last book in the Phedre trilogy and I SO enjoyed it, although it was a battled to keep going with it at times and I was tempted to skim. But I did like the end. It’s high fantasy about a courtesan who’s marked by the gods and trained as spy and uses those skills to help her country, where people are said to be descended from angels.

And there you have it: the Charmed Book Tag and my last post for Wyrd & Wonder until it comes back again next year.

Shout out to the Wyrd & Wonder crew for the amazing work they’ve done for the event. Thank you Imyril, Lisa, Jorie, Ariana, and Annemieke!