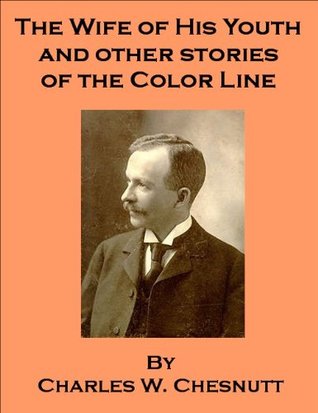 I read this before for a college class and always wanted to revisit it. So when the Bout of Books 14 read-a-thon came around, I saw it as the opportune time to give this story a go.

“The Wife of His Youth” is a short story about a man whose wife found him after searching for 25 years after slavery was abolished. They were married while living in the south during slavery. She was a slave but her husband was a free man. The people she worked for planned to sell her husband so she helped him escape. She didn’t know where he went but since gaining her freedom after the Civil War, she has been searching for him.

The story’s main focus is on the divide within the Black community. The man is light-skinned and is a member of a prestigious organization in his community that’s prejudiced against dark-skinned Blacks. He was considering to marry a well-connected, young light-skinned woman within the organization when his wife, who is darker and older, shows up.

END_OF_DOCUMENT_TOKEN_TO_BE_REPLACED

I was surprised when I heard of Maya Angelou‘s passing and a bit shaken as well. Maya Angelou, one of the coolest writers ever died on Wednesday, May 28, 2014. Earlier that day, I was reading a passage on Angelou in Daily Rituals: How Artists Work by Mason Currey while commuting to work. After reading, I reflected on what I knew of Angelou’s life and thought to myself, “She sure lived a long and eventful life.” So you can imagine my surprise when I arrived at work and learned that she passed.

I was introduced to Angelou by my mother’s bookshelf. She had a copy of Angelou’s I Know Why a Caged Bird Sings and I attempted to read it when I was younger since the adults spoke of it so much. It wasn’t until I got to high school that I was able to finish it. In high school, I was introduced to Angelou’s poems and she quickly became one of my favorite poets (I don’t have many). I love the rhythm of her poems and I enjoy reading them aloud, listening to my voice ride the poem’s flow.

My favorite poems by her are “Phenomenal Woman” and “Million Man March”. “Phenomenal Woman” is a poem brimming with confidence. Whenever I read it, I unconsciously straighten my back and thrust my way into the world, confident in my femininity. “Million Man March” is a powerful one. It reminds us of our dark history and reading it aloud, I can almost hear the slaves’ dragging feet and the pull of chains. It nudges us, the Black race, to keep pushing forward, no matter what may be thrown at us. It, too, gives me confidence.

I admire Angelou. She will be sorely missed. My fondest memory of her was when she spontaneously broke out into a rap on Arsenio Hall‘s show. I’ve included a clip of it above. Moments such as these, and, more importantly, her activism, are what endear Maya Angelou to many of varied backgrounds.

May her soul now rest in peace.

On Thursday, January 9, Amiri Baraka died in Newark, N.J. He was 79. Amiri Baraka was one of the greats in African American literature. He was a writer—poet and dramatist. He was a voice of the Black Arts movement. A voice who spoke out against the injustices done to his people and imbued his works with his anger towards Black suffering and oppression. Like those who choose to speak the truth or speak truthfully about their experiences and observations, he was tagged as controversial. Sometimes he was penalized for his thoughts. But such actions did not deter him from continuing to reveal the truth and present reality.

I was first introduced to Baraka in college when I took an English seminar course that focused on African American literature. We studied a few of his work including the popular play, Dutchman, and poems such as “A Poem for Black Hearts”, “SOS”, and “In Memory of Radio”. My favorite was “Black Art”. I’ll admit, I’m not a great fan of poetry but I appreciate Baraka’s work because his passion is readily apparent. His poems stir you and change you while you read. By its end, your thoughts will be leaping wildly, trying to keep up with the storm of emotions thrown at you. I have included above a video of Baraka reading his poem, “Someone Blew Up America”. It’s one of those poems that expose truths, rile people to action or leave them unsettled, and cause an artist to be labeled controversial.

Amiri Baraka. May his soul now rest in peace.

Like most people, the first time I encountered Zora Neale Hurston‘s Their Eyes Were Watching God was in my AP Literature class. It was a required summer reading and weirdly, I enjoyed every minute of it. I recall my teacher discussing it on the first day. She read the passage on the pear tree and the bee and asked what it meant. No one raised their hand. It seemed that though we knew what the pear tree and the bee symbolized, we were too embarrassed to say it. I raised my hand and tentatively answered that I think it symbolized Janie’s first sexual experience. The teacher replied that I was almost correct and went on to further explain.

Apart from the moment when Janie and Tea Cake first meet, the pear tree passage is my favorite part of the book. Indeed, Their Eyes Were Watching God is one of my favorite novels. I love it for its imagery and poetic language. I love it because it’s like a play at times, what with the exaggerated personas that certain villagers take on when they congregate at Joe Starks’ shop, the stage, and the fact that they are sometimes represented as a chorus, their voices, feelings, and thoughts represented as one for all of them.

END_OF_DOCUMENT_TOKEN_TO_BE_REPLACED

A quarter of the year has passed and I am a third of the way through my Goodreads Reading Challenge. I proposed to read 30 books this year, which I think is a manageable goal, and so far I’ve read 10 of the 30 books.

I’ve read The Element by Sir Ken Robinson, an insightful read; Jinx by Sage Blackwood, a fun one; Native Son by Richard Wright, which will leave you either seething or in deep contemplation; The Tombs of Atuan by Ursula Le Guin, an uneventful but thoughtful read; Mythology by Edith Hamilton, great for myth lovers and novices to the subject; I Feel Bad About My Neck and I Remember Nothing both by Nora Ephron and both filled with chuckles; The Writing Life by Annie Dillard, in which you will find great advice if you are patient; A Wizard of Earthsea also by Ursula Le Guin, a truly imaginative read; and The Perks of Being a Wallflower by Stephen Chobsky, a totally un-put-down-able book. I was not bored by any of these titles, even when I read Dillard’s book. They were all eye-openers in their own ways and all offered insights and advice that I hope I can remember.

Out of this portion of books, my favorite is A Wizard of Earthsea. A Wizard of Earthsea is great because of the thought and creativity given to form the story. Le Guin is truly a great author. I can see why J.K. Rowling loves her stories. Le Guin takes her time building the world of Earthsea, mapping it out for us all while taking us through Ged Sparrowhawk’s life. There is much to learn in this story and words of advice that can be applied to life are sprinkled throughout. I especially like the afterword where Le Guin discusses her thought process in creating Ged and the world of Earthsea. It’s an enthralling read.

END_OF_DOCUMENT_TOKEN_TO_BE_REPLACED

I’m late, I know. BUT as my way for commemorating Black History Month on my blog, I decided to read Native Son by Richard Wright and boy was I blown away by it! I mean Wright got down in that book and analyzed the shit out of the social structure and race relations of the 1940s. Native Son is a powerful book and even today I’m sure it can rile some people. (I got pretty pissed while reading it.)

Native Son tells the story of Black people oppressed in America through the life of Bigger Thomas, a 20-year-old Black man. Life is hard for Bigger and his people. They live in deficient houses and receive meager pay. They are unable to move beyond the Black Belt, an area in Chicago where Blacks are designated to live. Segregation is so tight that it’s hard for Bigger to envision a promising future for himself. He tries to avoid thinking of this because it makes him feel helpless and powerless. To cope, he becomes angry and puts up a wall behind which he hides, peeking out occasionally at the reality of his life. His family and friends cope in other ways: his mother puts her trust in religion and his girlfriend Bessie numbs herself with alcohol. It’s not until he kills Mary Dalton that Bigger begins to feel as if he can direct his life and that for once he is in charge of what he does and what happens to him.

END_OF_DOCUMENT_TOKEN_TO_BE_REPLACED 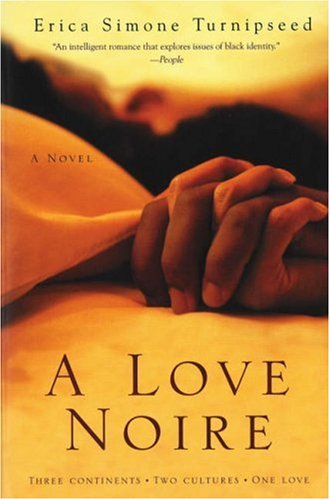 This is one of my favorite romance novels. I learned a lot from it: historical facts and little tidbits about countries I’ve never been to. This is actually the third time that I am reading it. I love how it begins (a chance meeting in a bookstore) but my sentiments towards the ending is bittersweet. The story progresses well however. We see the characters meet, fall in love, and break apart

I love reading novels that contain strong characters and the protagonists in this one are worth the read. Noire, as her name implies, is all about Black identity and culture, while Innocent seems not to hold such things in high regard. I like how Turnipseed intersperses different elements of Black experience in her cast of characters. The cast are from a diverse background within the African diaspora – the United States, the Caribbean, the African continent. I believe that this is one of the best parts of the novel. The diversity in the cast of characters, and Turnipseed doing a great job of displaying each background and revealing their beliefs, brings a unifying element to the novel. It shows that although they are all different due to their background, they are connected by the common ancestry they share by way of Africa and the common historical experiences of slavery.

Still, although this is a romance novel, I believe that it focuses more on social issues than the actual romance between the characters.