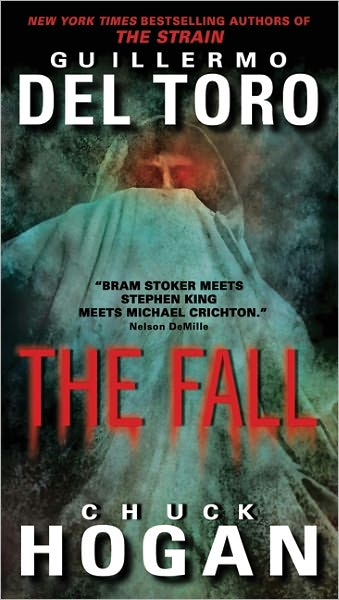 The second novel in the Strain trilogy was not what I thought it would be. Although it started slow, the first book was engrossing and easily hooked me. But this one was a slog sometimes.

Humans have been displaced at the top of the food chain, and now understand – to their outright horror – what it is to be not the consumer, but the consumed.

Ephraim Goodweather, director of the New York office of the Centers for Disease control, is one of the few humans who understands what is really happening. Vampires have arrived in New York City, and their condition is contagious. If they cannot be contained, the entire world is at risk of infection.

As Eph becomes consumed with the battle against the total corruption of humanity, his ex-wife, Kelly, now a vampire herself, is ever-more determined to claim their son, Zack.

END_OF_DOCUMENT_TOKEN_TO_BE_REPLACED

This is one of the best books I’ve read so far this year. I was ecstatic when I learned that this would be published. I watched the movie in December last year and loved it and didn’t expect to encounter the story in novel form. When I heard of the book, I wondered if it would be as great as the movie and immediately reserved it at my library. However, procuring a copy of the book proved difficult due to silly mishaps on my part.

I was granted access to my library’s e-copy, which I accidentally returned. ☹ I was so pissed at myself. Luckily, the physical copy was available at my library, so I borrowed that. But as soon as I started reading, I knew that this would be a book I’d love because I immediately fell for the prose, which is 50% of the reason why I love this book as much as I do. Because of that, I decided to get my own copy. I needed to be able to highlight all the words and phrases and passages that jumped out at me and I could only do so in my own book.

END_OF_DOCUMENT_TOKEN_TO_BE_REPLACED

The Strain, the first book in its trilogy, is so many things. It’s a story about revenge, loss, the strive to survive, chaos and the destruction of society, fighting against evil. It’s a story about individuals driven by greed, anger, love. It’s a science fiction novel, both a novel steeped in science and fairytale. It’s dystopian. It’s a nightmare.

On September 24, 2010, a flight from Berlin lands at New York’s JFK Airport, but no one disembarks and the pilots do not contact the control tower. It’s as if the plane is dead. When personnel from the CDC rapid-response team, doctors Ephraim “Eph” Goodweather and Nora Martinez, enter the plane, they find everyone dead, but no sign of how they died. However, there is a sinister feeling in the air, a tingle of fear, and as they unload the plane, they find a huge, ornately carved coffin in the cargo hold. This occurs at the cusp of a total solar eclipse with the city on edge waiting for something to happen.

Only one man in New York City truly knows what is about to happen because he has experienced it before — Holocaust survivor Abraham Setrakian. He tries to warn Eph and Nora, but no one believes him until it’s too late, until the eclipse starts and the bodies from the plane start to disappear and there are increasing reports of people attacking each other.