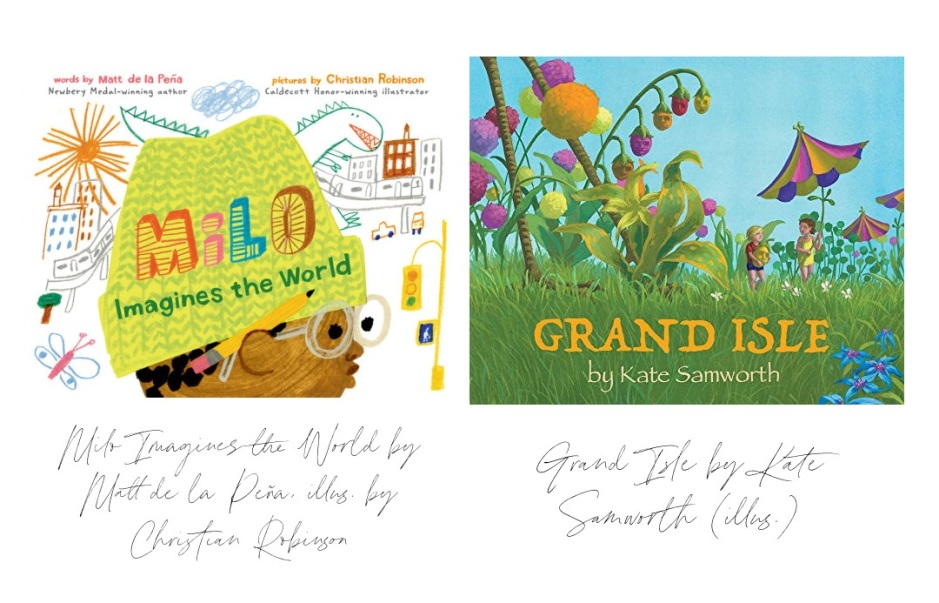 I read two picture books a while ago: one about the imagination and another about a fantastic adventure. The first, Milo Imagines the World, is about a boy using his imagination to understand the world and how diverse and complicated it can be. It’s not easy, he realizes, to assume what a person’s life is like just by looking at them. The second book, Grand Isle, is about a pair of siblings who venture on a grand adventure at the beach. I enjoyed both. 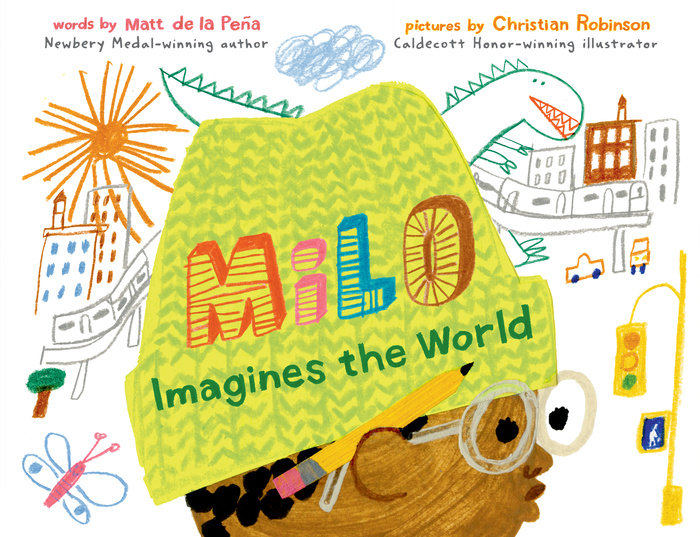 Milo is on a long subway ride with his older sister. To pass the time, he studies the faces around him and makes pictures of their lives. There’s the whiskered man with the crossword puzzle; Milo imagines him playing solitaire in a cluttered apartment full of pets. There’s the wedding-dressed woman with a little dog peeking out of her handbag; Milo imagines her in a grand cathedral ceremony. And then there’s the boy in the suit with the bright white sneakers; Milo imagines him arriving home to a castle with a drawbridge and a butler. But when the boy in the suit gets off on the same stop as Milo — walking the same path, going to the exact same place — Milo realizes that you can’t really know anyone just by looking at them. (Goodreads)